These sensors are surprisingly good for the price, as with most soil sensors they will degrade over time. 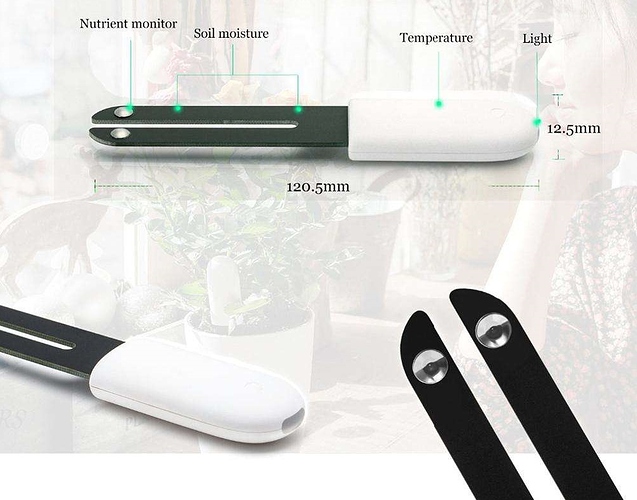 This one is barebones
Or this one provides a HTML page

I’ve got plenty experience with those sensors as they are really cheap and can be easily hacked with cheap development boards. Currently I read those with a raspberry3 (via python) and additionally an ESP32(via arduino IDE / C++) as the BLE (low energy bluetooth) of the sensors are very limited in range. If there is not a massive concrete wall between the sensor and the board they can easily reach 5+ meters. The batteries last at least 4 months with a lot of readings (every 5 minutes in my case).

My long term plan was to write a farmware that reads those sensors and stores the values locally on the FarmBot device. But I’ve set this project on low priority as you will need access to the Bluetooth module and additional libraries.

Ah hadn’t thought of doing it via farmware, interesting…

Are you using this on the ESP32’s? https://github.com/1technophile/OpenMQTTGateway/blob/development/README.md

I’m using sidddys code in a slightly modified way to fit my needs.
‘OpenMQTTGateway’ looks really nice, maybe I’ll try it out at some time.