The script says that it successfully sent the image but when I refresh the page the log changes to “trying to send” instead of “sent data”. The widget also does not display the newest image. 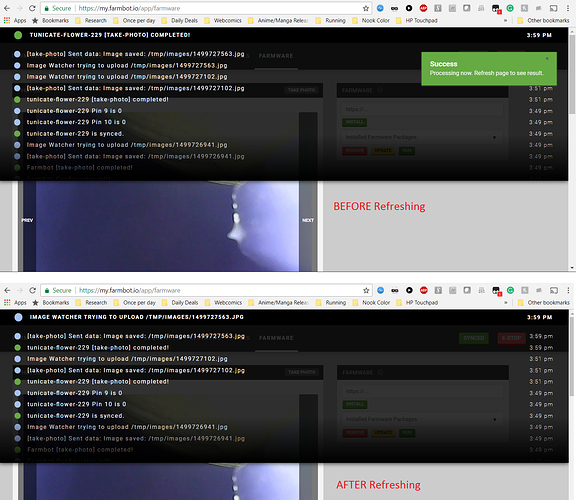 I’ve tried rebooting the farmbot and have previously tried to plug and unplug the camera but that doesn’t seem to be helping.

For some time I’ve had similar issue, right now i’ve problem with farmware itself:

I had that problem in the firmware v4.0.0. After updating to v4.0.1 I don’t have problems with the celery script but it still isn’t showing new images.

Thank you for reporting this issue. We have issued a fix related to image uploading, please try rebooting and taking a new photo.

Seems to upload now. Will confirm during daytime that photos are working.