Here’s a couple that I’ve found so far:

Thanks for taking the time to provide some constructive feedback.

We’ve corrected the motor screw length error in the documentation; they should be M3 x 10mm screws.

We’ve added a section for mounting the electronics box and specified the power supply location at the end of the Plug Everything In page.

The X2 stepper motor connection is shown in the RAMPS wiring diagram. The motor wires can be plugged in either direction, which allows the user to choose the positive and negative directions of the motor.

Thanks for the quick turn around on the questions.

I think you should use M3 x 12 mm on the motors. At least one of my motors had a “deep” chamfer on the face and the screw only had two turns to bottoming out. Normally for fine threads, you want at least 3 ½ turns for full engagement. Just my opinion. Feel free to ignore.

What happens if I get X1 and X2 in the ‘wrong’ direction? Will they fight? Might that cause an error?

Why is the encoder on X2 not connected?

Another question that I have is regarding the ‘depth’ of the raised bed.

On this page it states to “Fill your bed to the brim with rich, soft soil and compost. Leave out rocks and branches.”

However, throughout the documentation, you show a bed that is not full. When you install the tool bays:

They clearly need to go down below the top surface. The question here is, what should the proper dirt height be in the raised bed?

Yes, if X1 and X2 aren’t plugged in opposite each other, the motors will fight each other and the gantry will not move. The second x-axis encoder isn’t implemented in the software at this time.

Soil can be added up to the brim of the raised bed after installing the toolbays, but having the soil level slightly below the bed brim is fine.

Documentation is everytime a hard step to get all the correct information. Farmbot.io provided the V1.2 docs with some updates that helped us a lot.
You can also check our documentation on our website at www.wefarmbot.com and our wiki: http://wiki.wefarmbot.com/doku.php
We tried to make it as clear as possible to help people during the set up.
Hope it can help you. 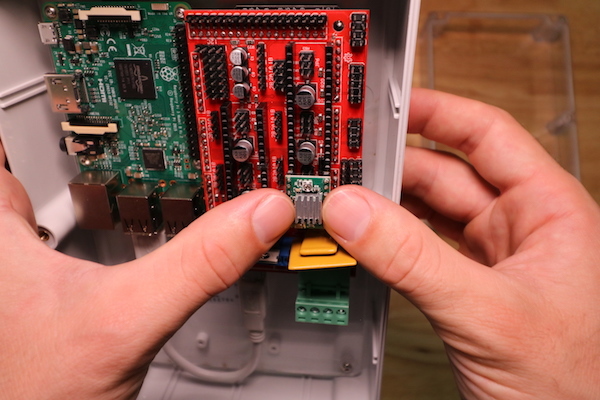 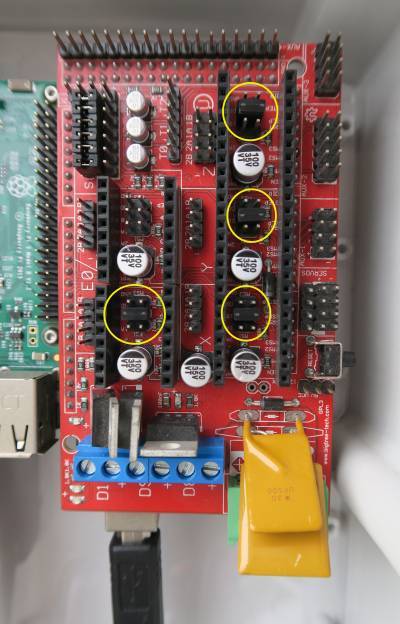 For general info about stepping modes, see this topic.