Hello! today I faced with issue, that non-English text is missing in sent emails. Can someone deal with it? 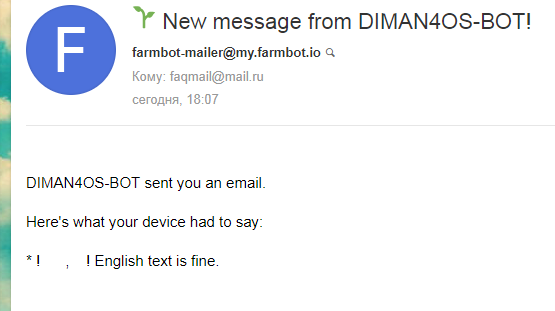 @ascend @Diman4os Whoops! I will take a look and see what I find. This is probably an encoding issue.

@Ascend @Diman4os I’ve fixed the issue. It will be available in the next release.

Also can you please answer two questions about translations?

What if I make a fork of Farmware and supidly substitute English text with Russian?

The email character encoding issue fix has been released with today’s software update.