Farmbot has been down for weeks

We have tried everything under the sun to get farmbot back online. We reflashed the OS (several times), changed wifi networks, moved the access point closer to the bot, even replaced the raspberry pi, and it still will not function. It continually boot loops and eventually gives up. Sometimes I can get it to home before it dies. 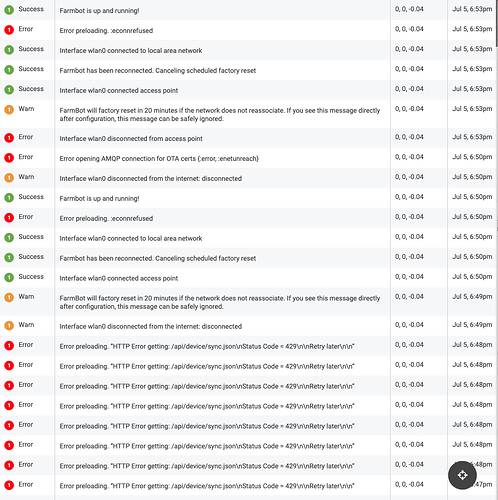 What is going on? Why is this such a battle?

If you are having connectivity issues and are using WiFi, i would highly recommend trying an Ethernet connection just to see if its that.

If you have no way of getting Ethernet to the FarmBot then can you tell us what signal strength the FarmBot reports?

Also, when you say you tried multiple WiFi networks, what kind of environment are you in? Do they all go to a firewall, for example?

I’m not sure why, but your wifi network keeps dropping according to the logs you post. So it isn’t a server issue, but something with wifi. I use ethernet, fwiw.

It would help if you could share some more information. For example:

What’s your wifi setup like? How far is the FarmBot from the nearest access point? Is there any obstacle between the two? Are you using a fixed IP address (and if so, have you checked if another device is not connecting using the same IP), etc.?

You may try some of the recommendations here as well: https://software.farm.bot/docs/connecting-farmbot-to-the-internet

Attempting to sync leads to http 429 errors. which I understand are too many request errors, so I turned off farmbot overnight and tried again this morning to no avail and got the same 429 errors

Errors after attempting to sync 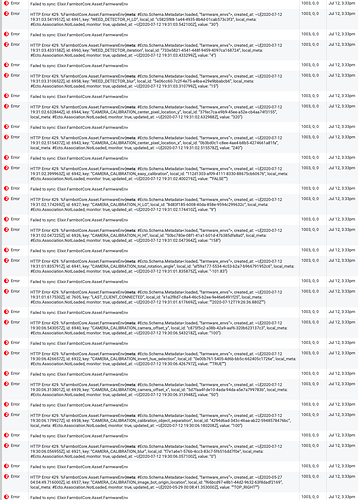 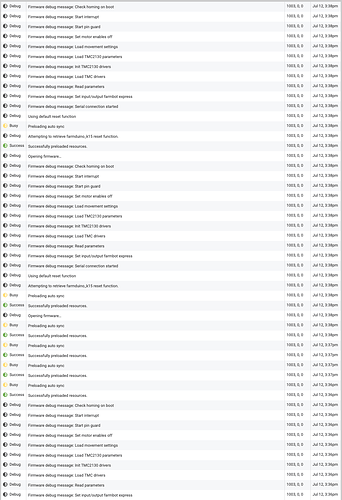 Thank you guys for your help.