I have an idea of building a robot in the FarmBot eco system that uses an arm mounted on a rail. To get an idea, please see this rendering: 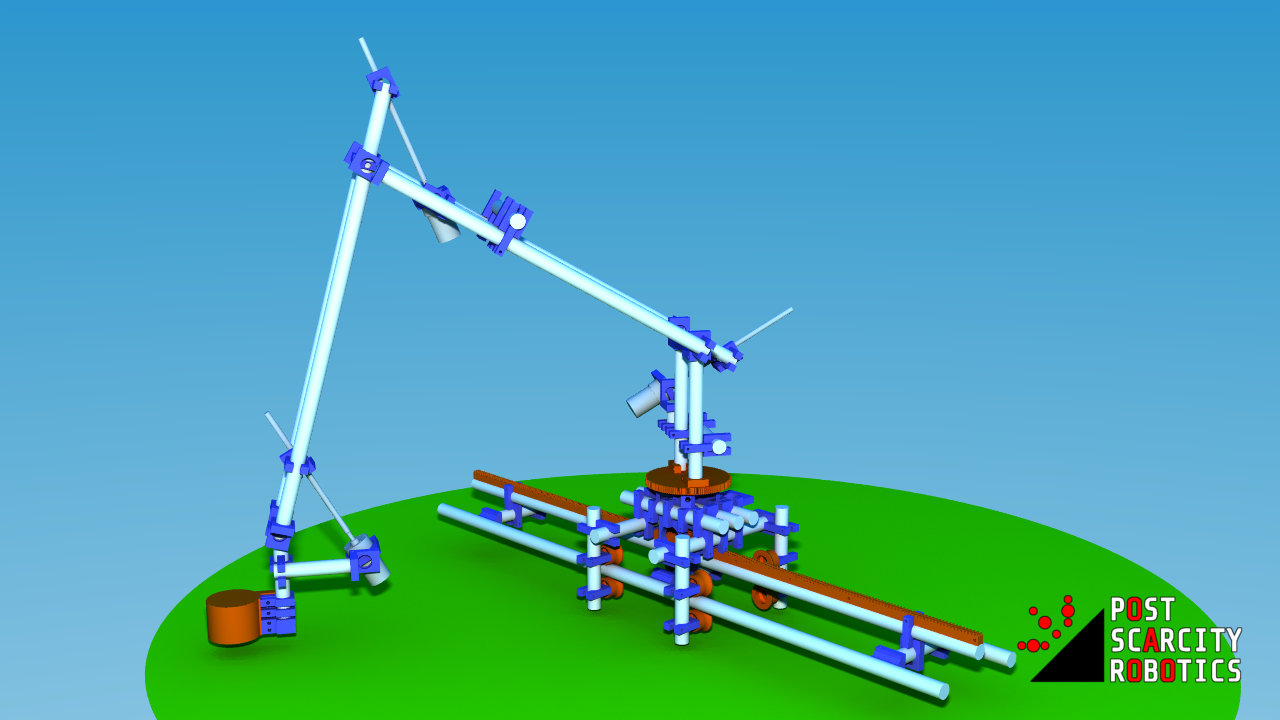 The reasons why I believe in this design:

I’m building the prototype in Ubud, Bali, and I’m making some progress! The latest update is here on my YouTube channel:

Please take a look and let me know what you think!

And if you like it… Seeing some subscribers on the channel is really encouraging and keeps me motivated… So please consider subscribing!

Great idea but do everyone a favor and get rid of the rail! So many points of failure on rail systems.

Build the arm first, plan to mount it in one spot under a cover out of the weather. Long term functionality and reliability will make it amazing!

Wow, that looks really amazing! Loving the progress so far.
I’ve also thought about this design, but the software part always threw me off. The only possible thing that came into my mind was that the arm will not be able to rotate in that first joint (orange gear in rendering), so the rail will be a defined axis that does not move the complete coordinate system of the arm. If then someone can get the firmware of the arm movement married with the FarmbotOS this could be a doable job in my mind

Regarding that joint you mention… Yeah I’m unsure if it really adds enough functionality to be justified, so it might drop it. The process is very iterative, and the working prototype will probably look very different.

Yes, marrying it with the FormbotOS is the plan! In my case, the software is the easy part, since that is my background and therefore my comfort zone. For example, I alerady have this piece of code that can be used to calculate the angles of the arm, given xyz co-ordinates, which is what FarmBot works with:

This file has been truncated. show original

This one is in Python, will convert it to C++ to run on the microcontroller as soon as I have the mechanical parts to test it with.

My challenge is rather the mechanical parts. I don’t have much experience of actually building stuff. How do I cut 4 pipes and make sure they are all the length they are supposed to be, and the cut is straight? How do I drill 2 holes at specified places in a pipe, and make sure they are perpendicular? I have come up with some sort of homemade solutions to these kind of problems, but probably not the best and most efficient solutions.

If you have this kind of experience and want to go on a meaningful holiday, you are most welcome to Bali to help out! It is nice and sunny here, the beach is awesome and the food is tasty!

Well… The rail is key to the design… In the rendering it is quite short, but in my vision it is build in sections and much longer, up to 100m. Will it work? As Adam Savage likes to say: “Failure Is Always An Option”.

If you’re looking for a robot arm mechanical concept, check my post from januari:

Alright, proof of concept for robot arm fabricated with steel wire and car window wiper motors is a partial succes. I wanted to make something like this: [image] but bigger, cheaper and stronger. partial result is: [image] It’s bigger and cheaper, not yet stronger… my production process was: create a template for the wireframes with bolts to bend the steel wire around (hardboard in the background) cut steel wire to length straighten the steel wires by twisting them by clamping on end in …

I’m quite optimistic about that concept and I can imagine making the production quite simple. The car wiper motors are bit too heavy, car window motors have plenty of power and you can scavenge 2 pairs of symmetric motors per donor car.

I put the arm on hold, currently, I’m working on positioning an wheeled robot, unchained, unlimited range. I tried D-GPS but just switched to Ardusimple RTK.

The concept of RTK-GPS comes at a cost (320€ incl shipping) and only works in free sky conditions, so I agree that, for a lot of situations (like a greenhouse), a rail would be better. Not sure if PVC pipes are strong enough. Maybe fill them up with concrete?

Awesome! I love the truss construction!

I don’t know either if PVC pipes will be strong enough. My intuition somehow tells me it will work, sort of based on other things people have done with them, like the Strandbeest:

But I don’t know if my intuition is correct. The only way to actually know is to test it. If it doesn’t work, then at least it has been concluded that it doesn’t work, and that is also a research result…

A design with wheels sounds cool! I think there are situations where unchained, unlimited range will be more useful than a rail. Maybe there will also be situations where a drone will be useful. I think we will have successful and coexisting implementations of all of this systems in the future, for different specific growing applications different niches in the market. And we can collaborate and share designs and have components interface with each other. That’s what so great about open source!

Btw… When you mentioned GPS it made me curious… Is there a specific reason why you have ruled out positioning using ultra sound? Like described in this article: 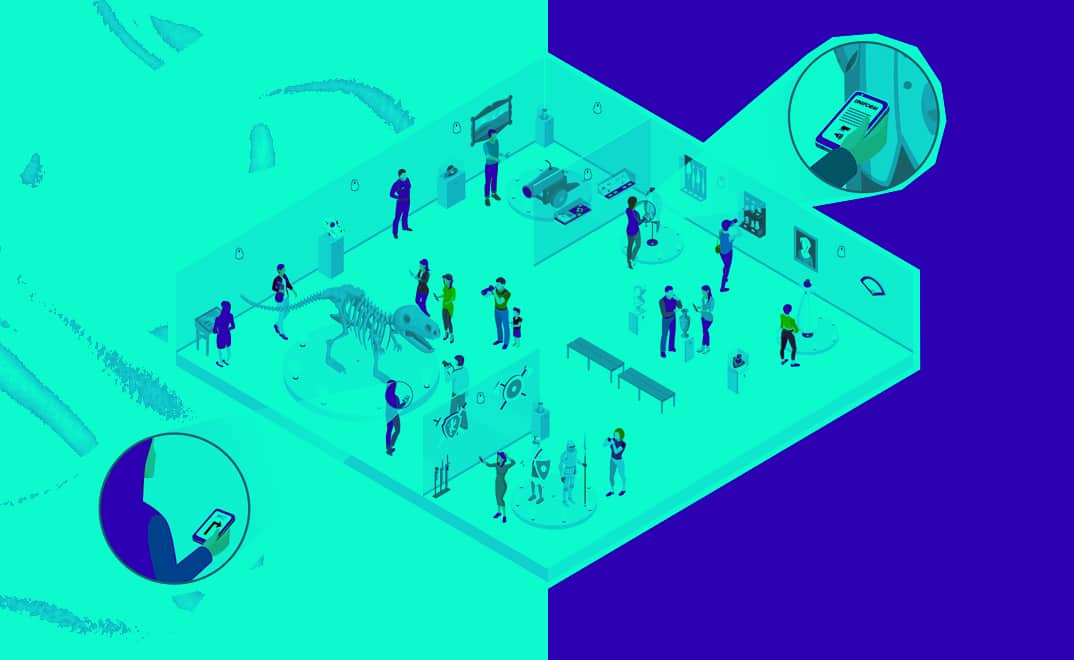 Ultrasonic / ultrasound can prove effective for certain indoor positioning use cases, such as hospitals or hotels, but there's still much R&D to be done.

wow, that strandbeest is a mad!

I would imagine ultrasonic is quite unreliable, maybe in a combo with wheel encoders or optical markers but combining that will need a whole new level of skill…

I have been looking into Ultra Wide Band with this:

A complete UWB kit with Windows software, MQTT API, an Arduino library and Python library. Works standalone but also compatible with Raspberry Pi and Arduino Uno. Get accurate XYZ coordinates and IMU sensor information right out of the box!


but it requires a beacon every 50m that needs to be powered if I remember correctly. I didn’t rule it out entirely but for now, I think it’s too expensive for a limited range.

Probably Lidar/slam is doable for indoor positioning (kits and software are available), but I think the most reliable and affordable from all the options is a rail indoors and RTK-GPS outdoors.