Working on getting a v1.2 farmbot set up and running into an issue with getting access to the rpi3. Flashed the SD card, started everything up and seemed to work the first time - was able to access the configurator.The rpi3 was not able to connect to our wifi with the correct SSID/password combo b/c it’s only 5 GHz. No problem, it should kick back out to the configurator after failed attempts but it hasn’t. This may be a red herring b/c even after re-flashing the SD card several times we’re still not getting a farmbot-XXXX wifi being created.

The rpi3 power light is solid red, the activity light is blinking green activity which looks good. The arduino power light (underneath the RAMPS shield) is solid on, and I get a couple flashes on one of the RAMPS LEDs (see pic) every 90 seconds and hear the motors (all 4 as far as I can tell) very briefly move. Sort of stuck here - any ideas? 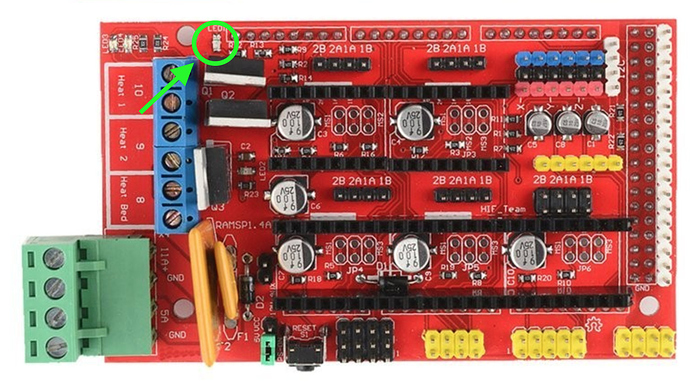