Physical Buttons Do Nothing

I have a newly assembled Farmbot Genesis and it would appear that the physical buttons for E-Stop and Unlock do nothing. The rings around the buttons are lit up and the Unlock ring flashes when the bot is locked, so it would appear things are wired correctly.

The E-Stop and Unlock software buttons do work however.

What else can I do to troubleshoot?

Did you set up the proper pin bindings? 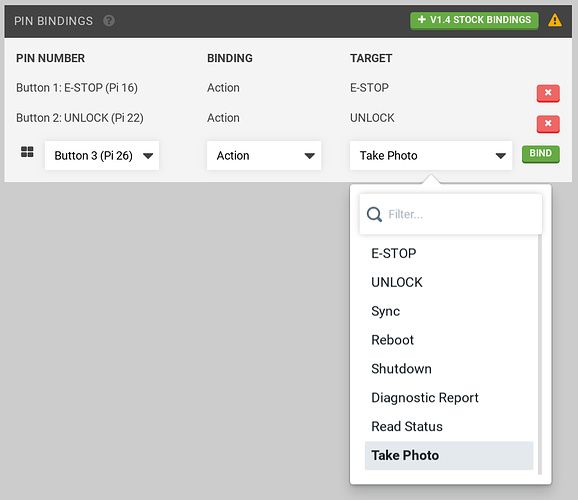 Does it mention this in the setup instructions and I missed it?

Does it mention this in the setup instructions and I missed it?

Its written down in the software documentation page. Did you follow the instructions of this page while setting up?

I guess I must have glossed over it as it doesn’t explicitly instruct to set these buttons up.
Thanks for getting me sorted.