There have been several updates to the IMG file over the past week or so. Would it be possible to have someone from FarmBot post to this thread when software updates are available? Also, it seems you’ve stopped documenting what’s in the updates, can we at least get a clue because doing an update is fairly painful and the “automatic” updates apparently don’t work.

The reason was an update of the motor movement units from steps/s to mm/s.
I noticed the variables changed but didn’t think of it to be more than a bug. Therefore I changed the settings back to what I had written down on my notepad.
It took a while to figure out that there is a weird factor between the value displayed on the interface and the value manifested in the code (see yellow marked digits). 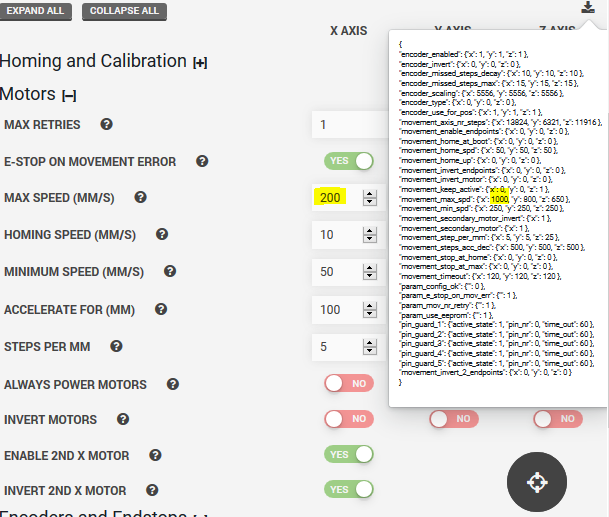 There are probably more people who encountered this since its supposed to be used by kids too. Please make those kind of updates more visible and including older versions too, in case the software wasn’t updated for a while. A timeline styled blog in the webinterface would be nice.

thank You for Your time.

Here’s a peek at how that will look once it is released (this is showing a feature that has not been released yet): 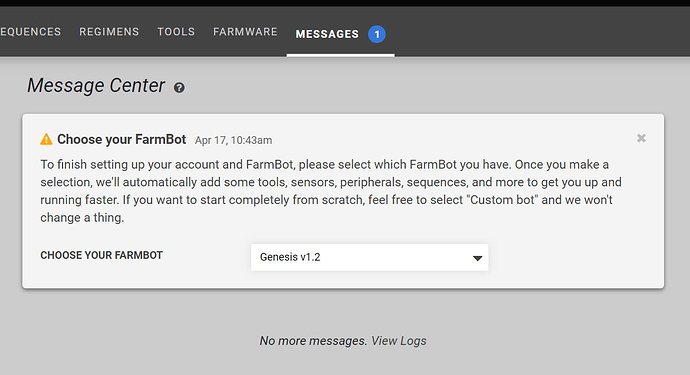 Thanks for the feedback- we will implement this in the coming weeks.

Thank you for making Farmbot possible!

Edit: sorry for posting twice on this topic. But the other one couldn’t be deleted.