System for watering plants outside of FarmBot's footprint

I’ve been wondering if anyone has tried making a water channeling system for nearby plants. I imagined a funnel in ground, leading through piping to an underground spout for watering another planter.

I’ve drafted the idea with a program called Maquette, from which I’ve uploaded a screenshot below. In my draft, the floor is semi-transparent so that the black piping underground is visible. At the plant-end of the piping I’m imagining using a wicking system to raise water up to the plant. 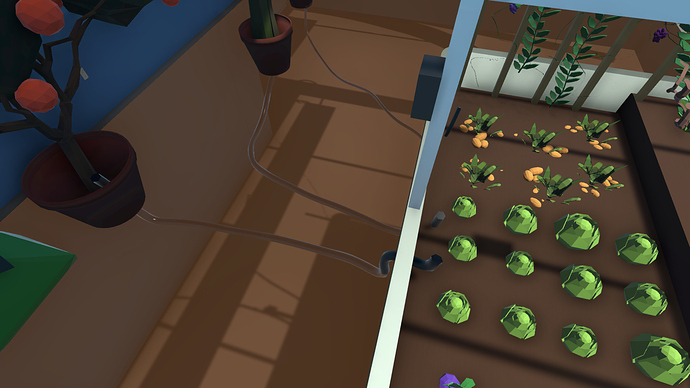 In case no one has tried this, would any fellow armchair experts like to offer constructive criticism? I hope this idea can help some folks!

Hi Justin, what a great idea. My initial thought is to set up a series of funnels on the side of the Farmbot and give each funnel a dose of water. The Farmbot lends itself ideally to this because it is usually on a raised bed. The pipes from the funnels could even be buried or cross under concrete paths.

Thank you! I was thinking similarly of setting these up in a series to maximize functionality - I only made a few of them in my model since I’m trying to think through the best way these could be made.

For example I’ve been wondering if it’d be better for the pipe to leave the raised bed through the side or the bottom (as seen in the closest pipe or the other 2 pipes respectively). At first I assumed the side would be better since that could accommodate planters attached to the side of the Farmbot, but maybe the better choice depends on the design of the Farmbot bed? 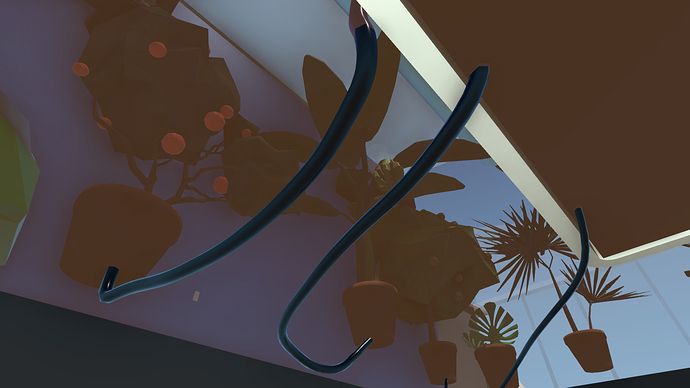 I think that, as you say, the routing of the pipes depends on the farmbot’s design. One of the undebated strengths of the Farmbot is the ability to provide a set amount of water to a specific location, rather than indescriminately watering of the entire garden.
This over watering may not be such an issue in areas of high rainfall, but here, where you pay for water in the low rainfall months (read none), it is a very strong feature.