What additional costs do I need to factor into my costs if I purchase a farmbot? Is anyone using more than one farm bot in a school? If so, how is it working?

I had to buy a wifi router extender (repeater) to be able to use the my.farmbot.io

I am planning to install and provide training for Public Schools in Brazil. Is FarmBot web application at my.farmbot.io free to use for students and teachers/instructors?

The web interface is free, but bear in mind that it currently only works correctly if a SINGLE browser session is open for your farmbot.

Thank you for your reply. This changes part of my planning.

By the way, is it possible to have users just for monitoring the Farmbot? Able to view status, camera, taken pictures statistics and farming planning schedule?

Considering only one user for control, setup and updates, of course.

I appreciated your concern.

I’m not certain. I’d defer to someone from FarmBot to answer that. Worst case, you could always use “screen sharing” of a single login.

If you dig around the forums somewhere you will find that there’s also a project to create a “simulated” farmBot. That might be interesting for your purposes, but I don’t know how far along that project is.

Would you share which model of extender you went with? My farmbot will be quite a ways from the house as well so this will be an issue I encounter too.

Just an FYI, as a long time networking guy, if I had to solve a “range issue”, I’d go with some direct bury CAT5E cable (pretty cheap) and run a hard Ethernet connection if you can. All you have to do to bury the stuff is take a shovel, part your ground a few inches deep and stuff it down into the cut. It takes a lot less effort than you’d think.

(like this stuff, you can get pre-terminated or just the wire and put your own ends onto it): 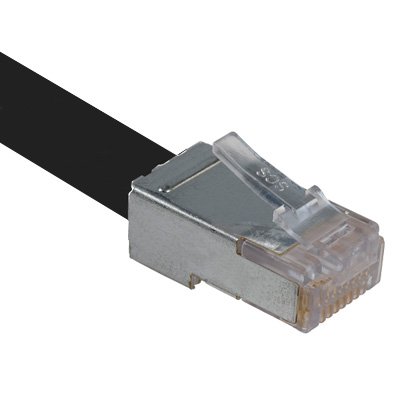 You can run up to 300’ this way within spec’s and likely twice that given that the Pi only has a 100 meg Ethernet port.