Hi all, today we released a new version of FarmBot OS as well as several updates to the app. Here’s what’s new:

We’ve built a new streamlined UI for adding commands (and subsequences!) to your sequences. This new interface features a search box for quickly finding what you need, and then you can press Enter to add it. And because the UI is now inline in the sequence (instead of in another panel), you don’t lose context or scroll position when adding commands.

Execute a sequence on boot

You can now specify a BOOT SEQUENCE that will execute once FarmBot has finished booting up or after the firmware is restarted for any reason. Creating a simple sequence that finds home and then sends an email alert is a great starting point for a useful boot sequence, though the possibilities are pretty endless with this feature! And thank you @jsimmonds for the help on building out this feature! 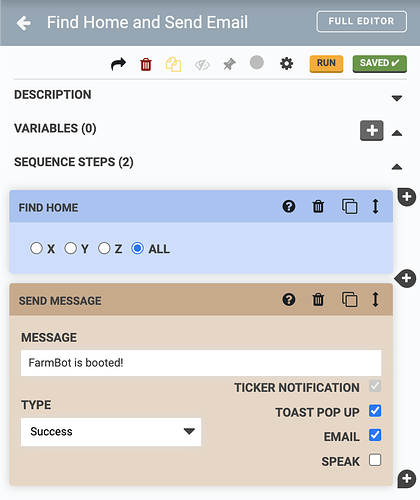 We’ve published a new featured sequence called Pick from Seed Tray, which will pick up a seed from one of the cells in a seed tray, such as B3. Simply select the Seed Tray you wish to pick from as the location variable, and type in the cell name to the text variable! 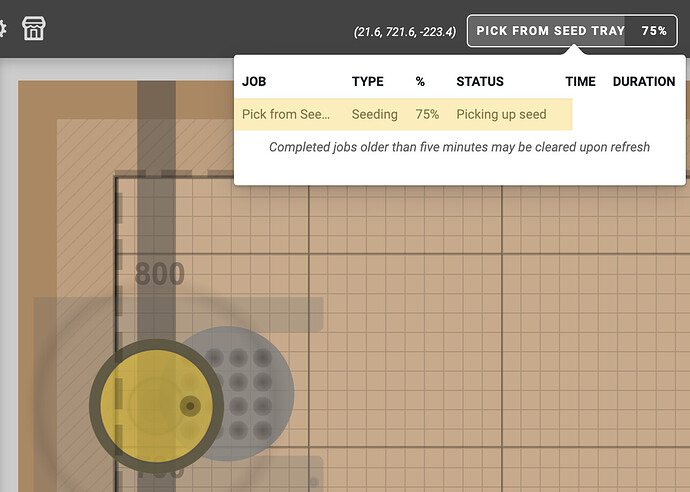 You can now manually add sensor readings using the plus button popup in the sensors panel. This may be useful for tracking aspects of your garden that the FarmBot cannot directly monitor, such as the weight of all the veggies you harvest over time. It can also be useful for developers working with the API to quickly create some dummy data. 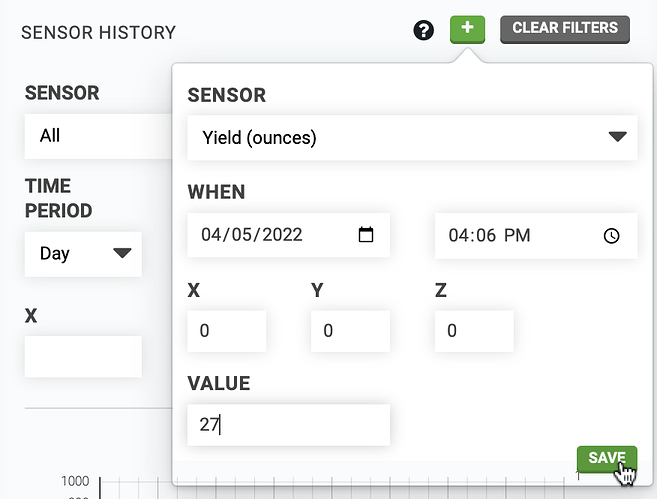 The Jobs popup will now provide updates throughout the boot process to help indicate progress and make it more clear when FarmBot is fully online and ready to work.

Stay tuned, we should have the featured sequences integrated into the app by next week!