I just got my 40 pins installed (used a GPIO hammer header instead of solder!) Mounted onto the Farmduino Express board…BUT I forgot to flash to the OS before.

Is it best to take it off to flash it?

Any down side to flashing while it’s onboard via 40 pin without power to the Farmduino itself? (Just the USB cable attached to the Rasp Pi Zero W as is seen in picture) 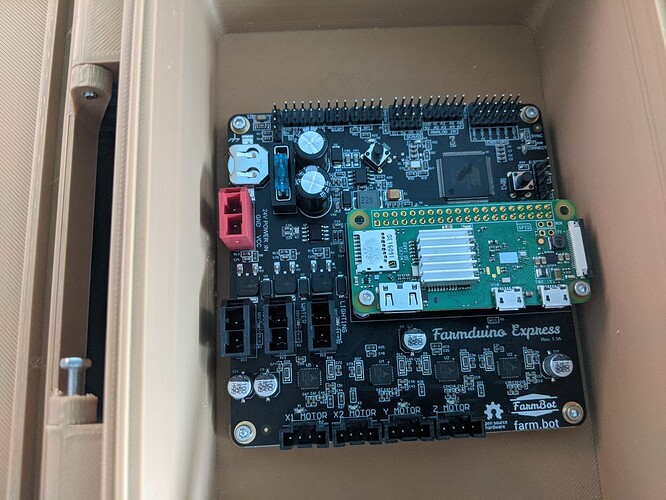 BUT I forgot to flash to the OS before

There’s No need to upset your nice hardware assembly

You use a separate computer/device to flash FarmbotOS onto the (removeable) microSDHC card,
then you insert that microSDHC card into the socket on the ( powerered OFF ) Ras Pi Zero W

Plug Everything In | FarmBot Express Documentation

Thanks for you input. I’m not very versed in the network stuff.

I just got basic hardware working, but I can’t seem to get the farmbot to connect. 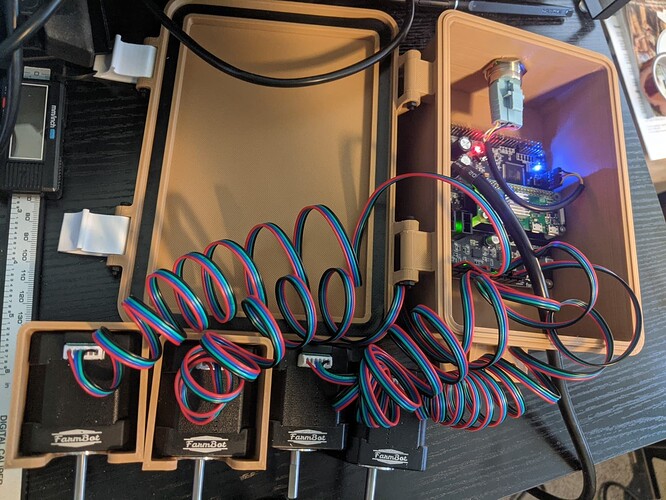 Since Rory’s vision is that farmbots are equivalent to an appliance and purchasers not have to know the intricacies of the device itself to use them, this connection issue seems to be the biggest hurdle of that vision…the biggest hurdle of a layman getting into CNC farming.

But at the same time, I’m building before official ship, part by part, so…probably me! lol

Does this mean my Raspberry Pi is bad? 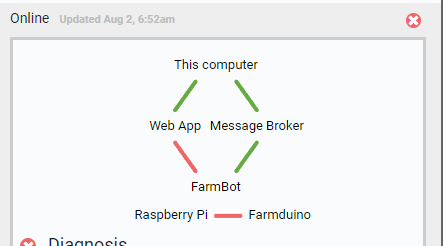 My Pi Zero is bad…ordering another one. Don’t buy used, people! Hurts right in the wallet!