Hello, i´ve got some trouble when trying to connect my Raspberry Pi 3 to the Wi-Fi Network. I have installed the Farmbot OS on the SD card, plugged it in and the Raspberry is generating the farmbot-xxxx network.
But when i try to configure my home Wi-fi i get this message “No network devices detected!”, it doesnt display the SCAN for networks button and when adding a custom interface it won´t do anything.

Hope anyone can help me.
Thank you. 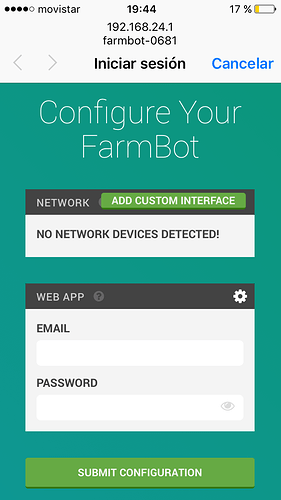 Do you have a different browser on your phone or a different device that you can try? It’s possible that the browser you are using isn’t compatible. Chrome is recommended.

Okay i used Chrome on a PC and could connect to my network. I got a message saying that configuration was complete and that Farmbot will try to connect to the network.
For using it through the Web-App do i have to connect to the same network as the Farmbot? How can i see if the connection has been established?

Thank you for your quick response Gabriel. 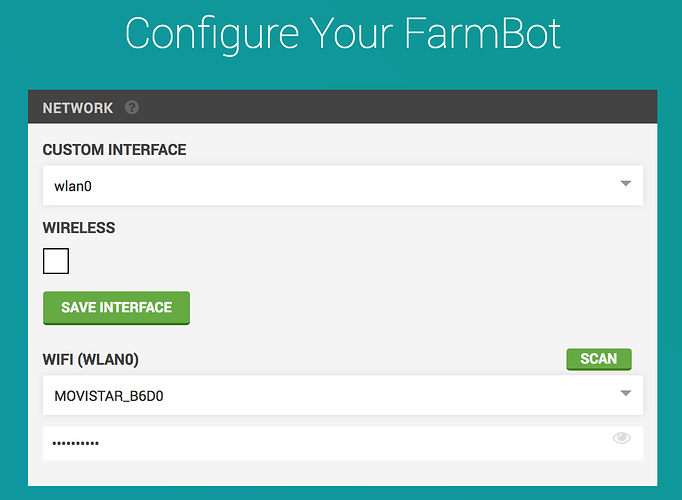 When you open your account in the web app, you should be able to see that the FarmBot is online. You can control FarmBot through the web app from anywhere.

I connected the Farmbot to the internet but on the Web-App it appears to be offline. But on the “Disconnect” red button on the right hand side i can read a message saying that i need to upgrade the OS in order to use it.
I installed the OS 5.0.1 but now doesn´t create the Wi-fi network. Can i use my farmbot with other OS or do i need to upgrade to OS 5?

What does the Device widget show?

Your FarmBot OS is up to date, but just not connected to your browser.

This may help determine the issue: 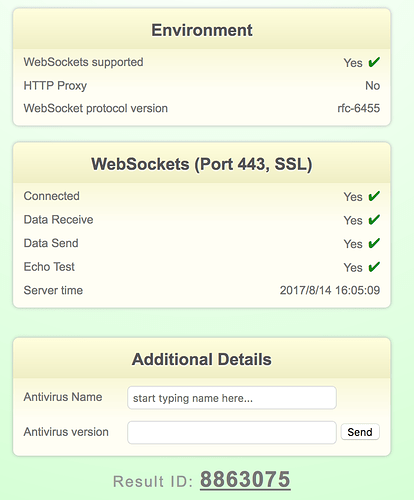 It looks like the configuration wasn’t successful. Try rebooting or reinstalling the latest FarmBot OS and refiguring. The FarmBot WiFi network should come back up if the WiFi or web app credentials are incorrect, though it may take a few minutes.

With OS 4 Farmbot creates the wifi hotspot but the Web-app doesnt recognize it but when i install OS 5 it doesn´t create the hotspot.

Pd: i format the card with SDFormatter in Overwrite mode and install the image with Etcher. I don´t know if the method of formatting could affect in some way