While I am anxiously awaiting the arrival of my farmbot genesis (Come on Farmbot team!) I have been reading the documentation, forum and doing general research to get ideas & prepare for setup.

I was planning on prepping the site and building the bed/frame this weekend. 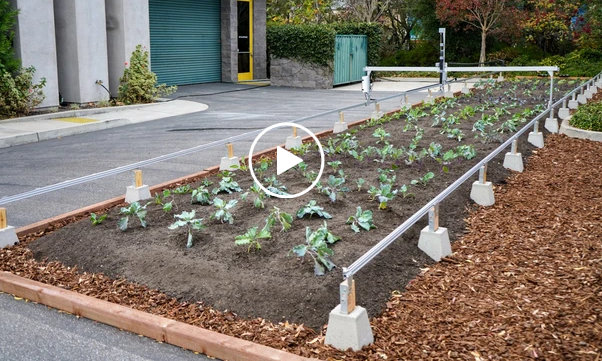 Now it looks like those might be custom poured with the 2x4 in the middle, but these from my local Home Depot have slots to hold 2" boards 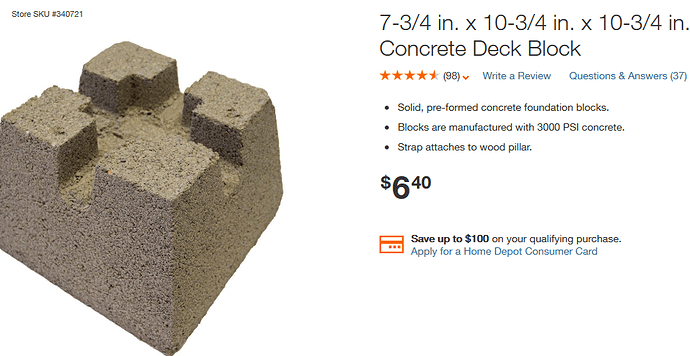 So using 4 of those blocks and 2 2x6’s I could have wood supports pretty quick and cheaper than buying material for a raised bed.
I would get the frame made and then fill in between with dirt just like the image above.

I started this thread to get some opinions on the PROs VS CONs of doing this… Let me start with what I was thinking, please expand or tell me what I am missing. THANKS!!!

Nice idea, good to focus on reducing the warpage.

If you place the blocks on some weed matt, then that should help with the weeding.

It would be interesting to see over time if the blocks sink into the soil screwing up the leveling though, that would be my only possible con but you could mitagate that.

Why not use the blocks without the wooden boards, just build a vertical support like the picture I think that could reduce warpage more or use metal lengths instead of wooden boards. I’m not a fan of wood beds for the genesis but they work for others.