Long time no see! Its been just a brutal year for me and my hobbies have gone to zero

Among other things, I didn’t have time to do anything with my farmbot over the long Seattle winter. 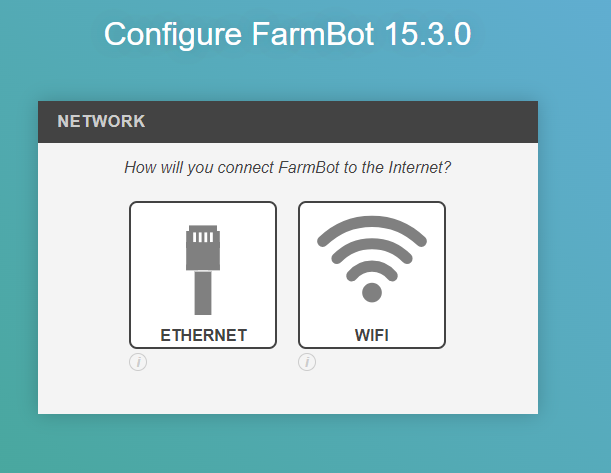 I changed my password and checked all my firewall settings to make sure I’m allowing the ports and sites such as the new-ish MQTT, etc. And I can see that my device is communicating: 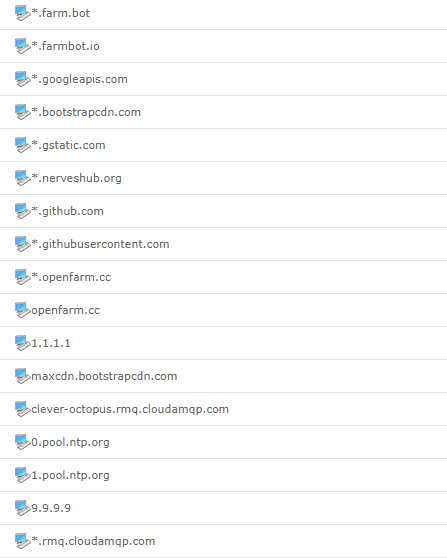 I’m connecting over Ethernet and this is all I ever get in the app.

Is there something else obvious I’ve missed in the last . . year

The all-important Port 443 (TCP) seems to be missing in your firewall config. (?)

That is a great point. And its nice to see your name again!

I had been treating 443 as special - sending all that traffic through a proxy . . which used to work. But based on your comment I added it to the special port list here. Unfortunately, I’m getting the same result, even after re-configuring the farmbot and allowing it to reboot.

Unfortunately, I’m getting the same result

Oh, Ok . .
Are you able to check your firewall logs for inbound drops ( with your Farmbot’s IP endpoint as destination ) ?
At this point I would just run the Farmbot on an isolated fully connected Internet LAN ( e.g. a 4G mobile hotspot ) just to convince yourself that the firewall config is the problem.

I have been looking for any drops related to that IP (in or out) but everything looks clean. Yesterday - because I am cursed, my cable modem began the journey to Valhalla. I have a new one arriving today and I’ll do that test. Will keep you posted.

Well, progress of sorts. I did find a faulty component in my setup. I connect to the Farmbot via Ethernet which runs to a WiFi bridge device which is a point-to-point device. FWIW, the device is an Engenius Network Enstation and for this type of application its awesome and not too expensive.

Well, part of the curse - its not just connectivity - its everything. Because I didn’t get to winterize my Farmbot last year, the boards at the top which connect to the rails bowed out. With a dedicated son, a steaming device, a hammer, wood block, clamps, decking screws, spiral shank nails, we managed to

So I replaced the Enstation yesterday as I had a spare (the kit included two). The thing is that with rebooting and doing my network tests, it wasn’t quite conclusive. I got connectivity for only a minute.

But I woke up this morning and everything was green. So, something took a while to fix itself. The firewall I have is enterprise grade and and if a site was in some way non-compliant, that site might have been blocked for minutes or days.

So things are working now. I was occasionally getting a message that I’m disconnected from the message broker but that seems to happen only when changing browser taps. When I’m using the app, all seems fine!

Further more, after replacing this point-to-point device (which ultimately failed completely), I’ve been able to remove all the special firewall rules I was playing with. After rebooting, all comes up and connects. So, it seems this device was the problem. But, there is still one more variable that I haven’t reverted. I put my farmbot and my laptop on a separate network segment. So, later I’ll figure out if that had any impact.

Thanks again for the help!