A year or so after receiving the kit I’m finally setting up the robot after demolishing a garden shed then designing and building a raised bed greenhouse to protect the robot and crops from pets and possums. It started as a Genesis XL but it’s been trimmed down to suit the available space, and to leave room around the sides to plant vines just outside the tracks so the Farmbot can water their bases. Regarding space limits there is approx 1100mm between the soil and the base of the roof truss, so allowing for 300mm for the Y-Axis slider car I have a maximum crop height of (1100 - 300) / 2 = 400mm. Given the height of my rails that meant the Y-Axis beam was pretty much sitting on top of the X-Axis roller assembly.

My first problem was finding somewhere to mount the electronics box. I used a hole saw to drill a hole in one of the (original length) uprights, and a Dremel tool to add clearances for the various bolt heads on the engine mount and Y-Axis bracket as you can see in the pictures. The shorter length between the X-Axis track and the motor means it isn’t too hard to install the belt without twists.

Space-wise the electronics box just fits, and since the super gland is at the base of the box I’m hoping to not have too much difficulty adapting the cable/tube runs to this setup. I also had to spin the electronics box 180º vertically so that I could open it from inside the greenhouse and move the Y-Axis belt anchor/stopper in to clear the box. 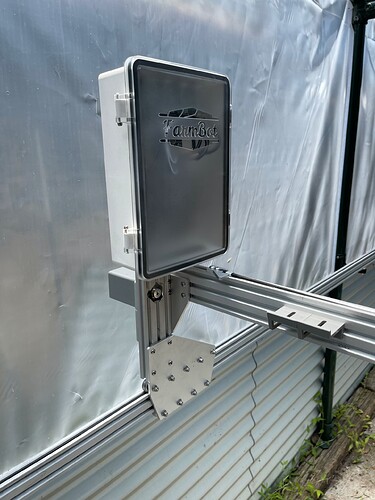 Next step is to trim the Z-Axis extrusion. To do this I plan to move it as high as it can go and still clear the roof trusses with 10mm or so margin, move the stopper so that this is its upper limit, mount the UTM butted up against the stopper then chop the extrusion at the bottom of the UTM, and the lead screw so that it has a few threads clear of the screw block.

I thought I’d post all this so that if anyone can suggest some issues with this that I haven’t thought about. I won’t be doing anything in the 24 hours after this is posted. 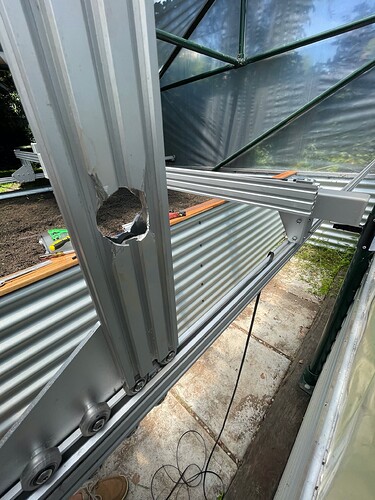 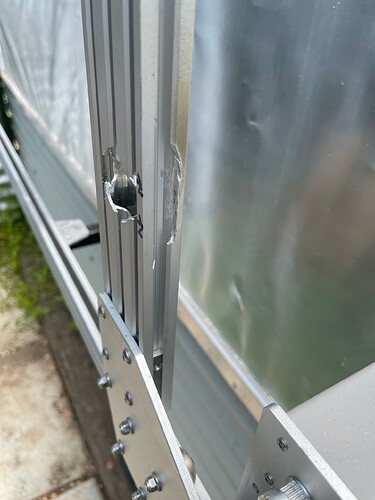 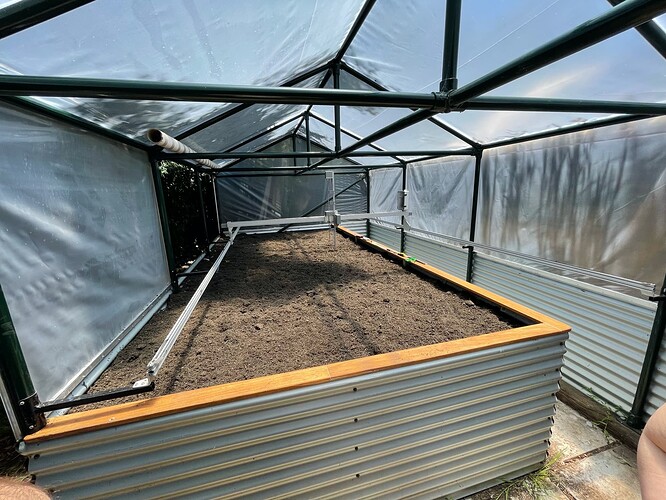