What device are you flashing the firmware on? Is it a standard Arduino Mega 2560?
Make sure you chose the correct board type in your firmware.

Are you trying to flash a completely different firmware to your arduino? FBOS expects specific signals (gcodes) from the firmware to determine its current state.

My problem is that I do not find how to specify that my board is a custom board and so avoid that Farmbot os flash the custom board.

Because for now, to make it work, I have to select board « genesis 1.4 » and then flash (myself) my custom board.
So if tomorrow there is an update from Farmbot, it will reflash my board…

I know that there is a way in the configurator to set the firmware to “custom”. But I’m not sure if that decition will change anything in the webapp.

During configuration there is actually a paramater for this. When you are configuring your bot you will need to click the banner that says Configure Your FarmBot 10 times. This will bring up the Advanced settings menu. [image] then thick the box labeled “custom arduino firmware” this disables all firmware checks.

Can you be more specific because I do not find where is this « banner » ?

I think that this one is meant: 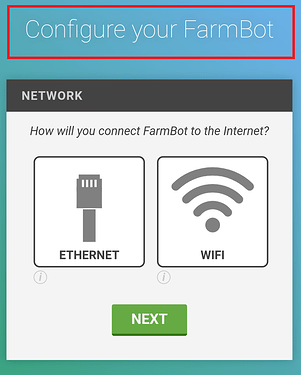 But I’m not sure if this even exists anymore.

It would be nice to know, indeed.

I can confirm that it do not exist anymore… here is my configuration page, and there is no clickable area… 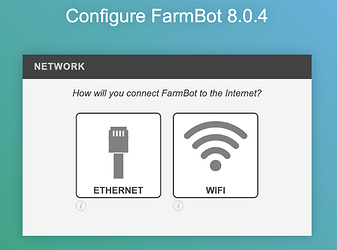 That MCU firmware selection drop-down was on the last page . . where you enter WebApp credentials. It has been removed from there.

As of version 8 of farmbot os, custom arduino-firmware is no longer allowed to be selected anywhere. The only way to bundle custom firmware is to build the OS image from source. This is to prevent incompatibilities and failures at runtime. If you are building custom arduino firmware, you will need a development build of farmbot os to debug your changes anyway.

This document outlines how to build farmbot os from source. Here is an outline of extra steps for building custom firmware.

Thank you @connor for such precisions, it is very clear for me now.

What command(s) accomplish this, precisely ?

I can build farmbot.fw
I can build in my clone of the forked farmbot-arduino-firmware repo and have a new .hex
So I’m only missing this step above.

Thanks @connor . . still not clear what that step is or whether we need it

Just trying to help all the keen product afficionados around the planet.

You won’t need to do these things unless you intend on modifying the firmware source at all. The pre bundled hex files are fine otherwise.

( and yes, I have modified the farmduino_k14 firmware to enable Debug logging ~ )