Thank you very much for these detailed explanations. Unfortunately, I cannot take any credit for the beautiful solar installation shown in this thread as it was designed and installed by @masze.

@jsimmonds Can’t tell right now because I switched off the consuption side to save the batteries.

I imagine that Z will have to be powered but the others could be turned off for sure.

@Marc As written above I’d be happy to share my experiences to rewrite the actual article.

Update from my side:
This evening I will get the 355W LG NeON Panel. Hopefully I can also install it today to see how big the difference will be. We are facing alot of overcast this week. So it would be a perfect test. 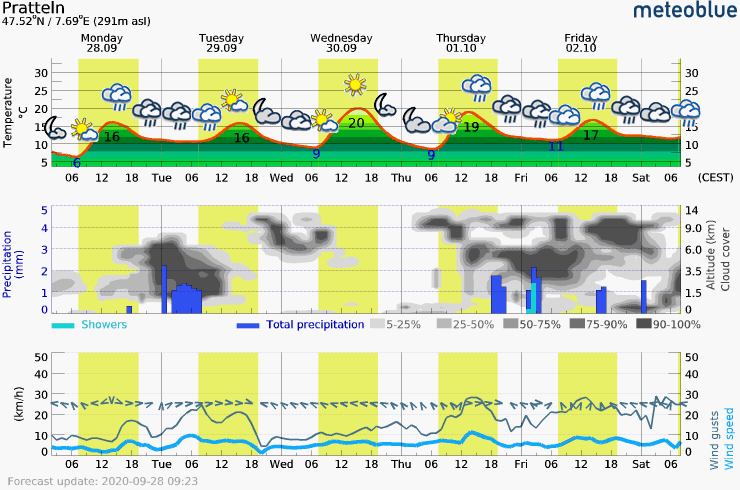 I will also check if the motors for X and Y are always on.

Just a short update. In depth update will follow next week.

On Wednesday evening I installed the new solar panel. I can already see a HUGE difference in the positive direction.

I’m lucky that I live close to Basel (<10km away) where Meteoblue is located. That’s the same the company which does the weather engine for the new MS Flight Simulator. They have historical weather data back to 1985. It costs money to access the historical data BUT the free demo access is historical data from Basel. So I can get the historical data (sunshine duration, cloud cover, etc.) for the same timeframe for free. 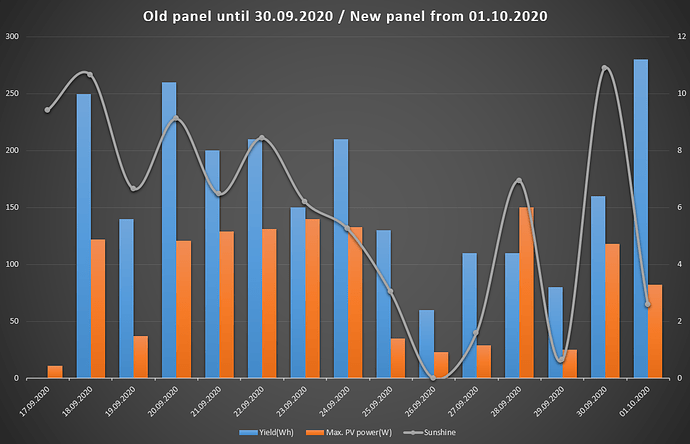 As you can already see in the chart that I have a much bigger output from the new panel.
The maximum output with the old panel was on the 20.09.2020 with 260Wh while having a bit more than 9h of sunshine during the day.
Yesterday (01.10.2020) the new panel already generated 280Wh while only having about 2.5h of sunshine.

I will share a new update by the end of next week. The forecast is not very solar panel friendly but I’m sure I will generate more than expected and much more than the old one.

EDIT1: @jsimmonds Now having some sun juice in my batteries I was confident to switch the FB back on. Your suggestion was right! The motors are set to always on. Switched that now to off on X and Y. Difference: from 0.8 down to 0.4A on the consumer side. So about 240Wh for one day.

EDIT2: Unfortunately I can’t write a new post due do limitations of max. three posts in a row.

From what I saw the last few days it seems like that the panel produces about 250Wh a day even if there is a total overcast the whole day (0h sunshine as of yesterday). The consumption in standby seems so be between 250 and 260Wh a day. At the actual state I’m quite confident that this setup will be sufficient even for a longer period of overcast and days being shorter with a lower angle of the sun. I’m also confident that I will be fine if the batteries are fully charged and the FB will consume more when in a usual working state (which it isn’t right now). Even if there is a total overcast I will be able to produce at least 50% of the energy needed which would then give me a timespan of about 10 days before I will reach the critical state of the battery capacity. I’m puzzling on how many days without overcast will be needed to get the batteries fully charged.

EDIT3: I’m still not able to do a new post due to forums limitations.
This will be the last update.

As already mentioned I’d be happy to share my experiences, thoughts and BOM for others rewriting the antiquated Power FarmBot with Solar article. But that’s probably something @roryaronson will have to decide.

I now have the new solar panel running for 10 days and think it looks like that it will be working in this configuration. This is the changed (consuption [Wh] instead of max PV power [W]) and updated analysis in one chart: 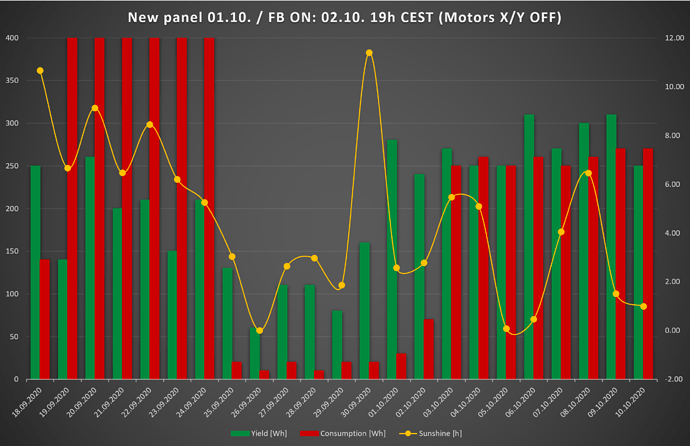 Even while the overproduction is not much there is need to use the power for example watering. The weather was constantly cloudy and rainy the last two weeks. If there is rain there is no need to water as much as when it is sunny. Even while not having planted anything and having the FB only in standby I’m confident that it will work like that for a whole planting period (mid March to end of October).
When I fetched the data from the charge controller this morning (10:30 CEST) the sun was right behind the clouds and the big tree you can see in the picture 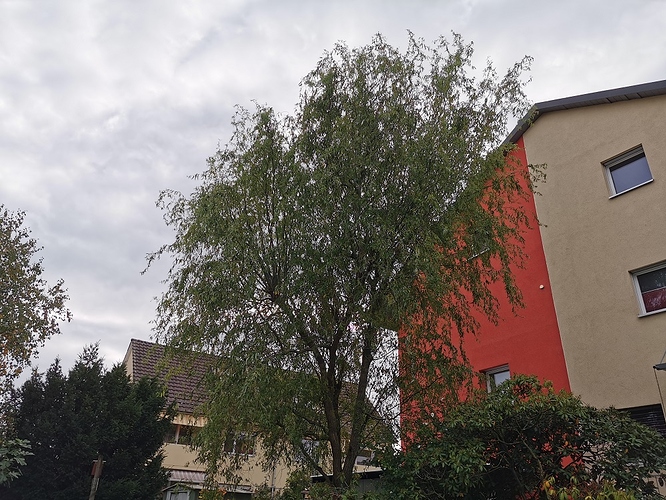 Even under these circumstances the panel produced about 40W of power which resulted in an overcurrent of about 0,7A used to charge the batteries. 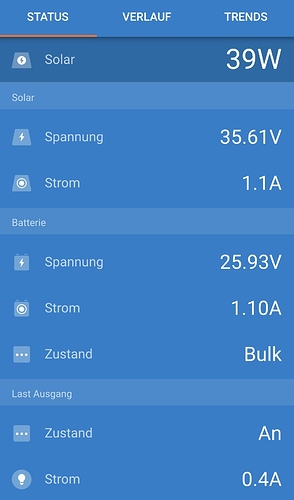 Last but not least this is what the new panel looks like: 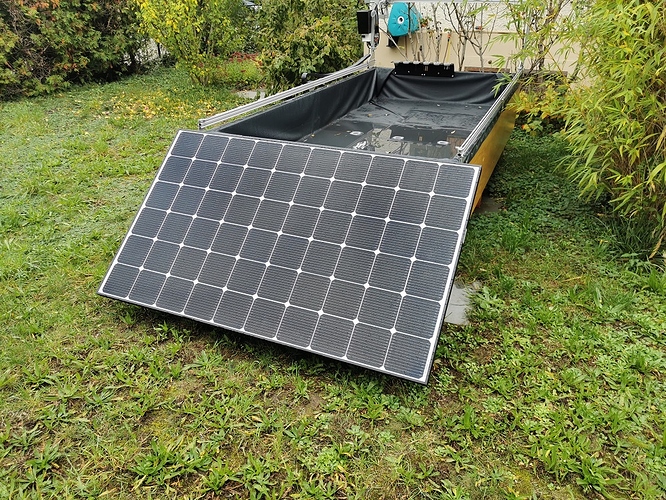