I wanted to give you all an update on the progress of the new v1.4 FarmBot kits because many of our new customers are eager to get started with it, and some of you older customers enjoy seeing our progress as well

We’re in the final stretches of our largest manufacturing run yet where we’re making 300 Genesis v1.4 kits and 200 Genesis XL kits! I visited our manufacturing partners a week and a half ago for quality assurance checks and everything is coming together quite nicely. Below is a photo of a FarmBot we built with almost all of the final production parts: 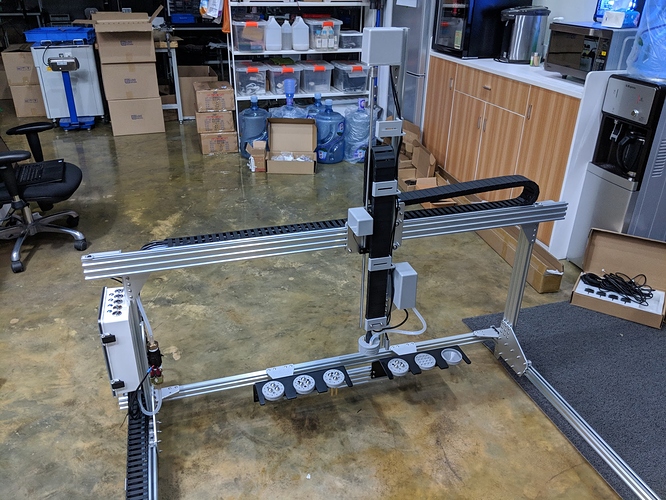 FarmBot Genesis v1.4.jpg2027×1520 706 KB
Please disregard the non-standard method and additional hardware we used to secure the tracks to each other and mount the toolbays. We did this because we were not working with a raised bed.

While 95% of the parts are finished up and ready to go, there were some minor issues with the new electronics box injection mold tooling that is requiring some re-work time. In a nutshell, some of the mold tooling needs to be further machined in order to add material to the final box component as we designed it. Without this re-work, there would be a high likelihood of the box latch points failing, and the sealing between the lid gasket and the box wouldn’t be as good.

In the photo below you can see the missing material from the box latch point, leaving a small slit that shouldn’t be there. The following CAD model screenshot shows what additional material is meant to be there. In the photo, you can also see the break points in the gasket sealing ridge where the ejector pins push the part out of the mold. These ejector pins need to have a slot machined in them to allow additional plastic to enter the mold resulting in a continuous gasket ridge as seen in the CAD model. 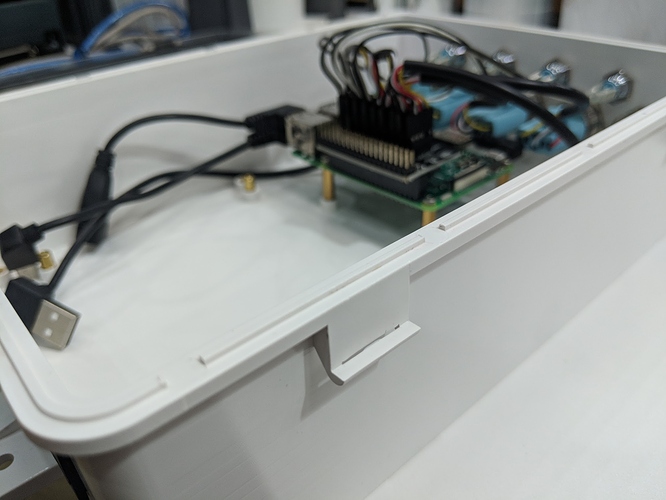 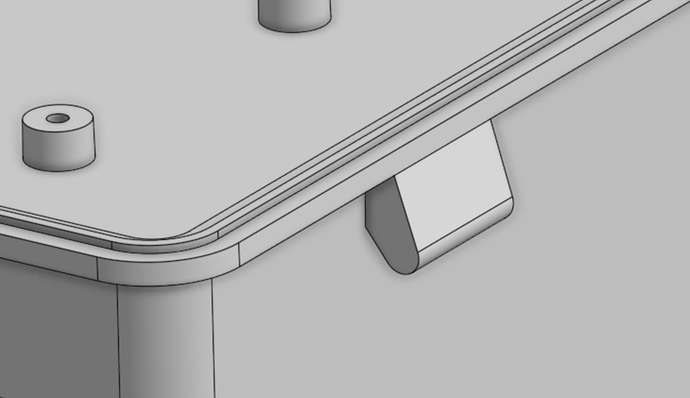 We’re estimating that the box mold tooling fixes, injection molding production, and electronics box assembly will take 10 to 12 more days, at which point all parts will be ready to go.

While we won’t publish the v1.4 documentation, CAD models, and entire list of improvements until the kits leave our warehouse, here is a sneak peak at some of the new hardware:

The entire electronics box including the PCBs and internal wiring will come pre-assembled and tested. This is a huge step forward in making FarmBot a more consumer friendly machine to work with. It reduces the intimidation factor that many of our prospective customers have who are inexperienced in working with electronics, and it brings us closer to our longer term vision of “FarmBot as an appliance”. Furthermore, pre-assembly and testing will reduce the number of customer assembly errors and the need to send replacement parts. 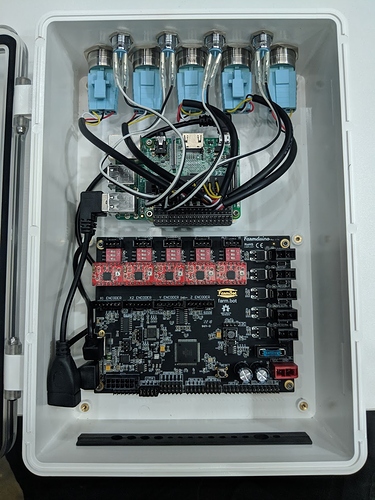 As you can see in the images above and below, the box now features five push-buttons and four LED indicator lights which are connected to the Raspberry Pi’s GPIO via an adapter board. Two buttons and two LEDs will be reserved for E-Stop, Unlock, Sync Status, and Connection Status, while the remaining buttons and lights will be user customizable. Some examples of how you can use these: make a demo sequence that executes upon button press, flash an LED 5 seconds before a sequence is going to begin, turn a peripheral on/off with a button, tell the FarmBot to Find Home with a button press, etc. 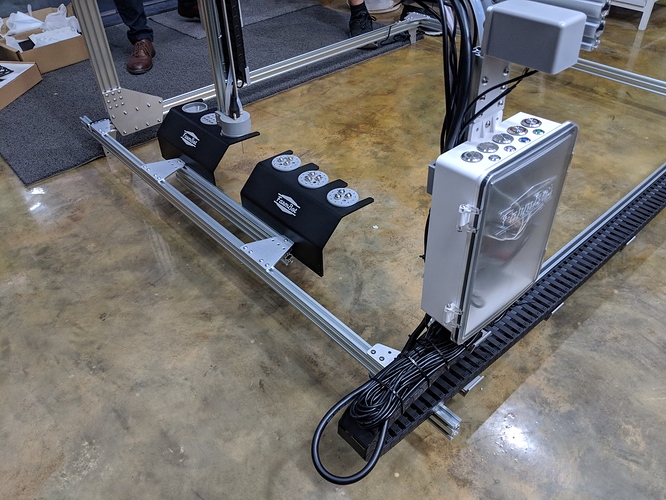 The v1.4 electronics will include a new version of the Farmduino with an STM32 co-processor to monitor the rotary encoders at a much higher frequency than was possible with the Atmega 2560 chip. More details on the improvements, as well as the complete schematics will come with the documentation. 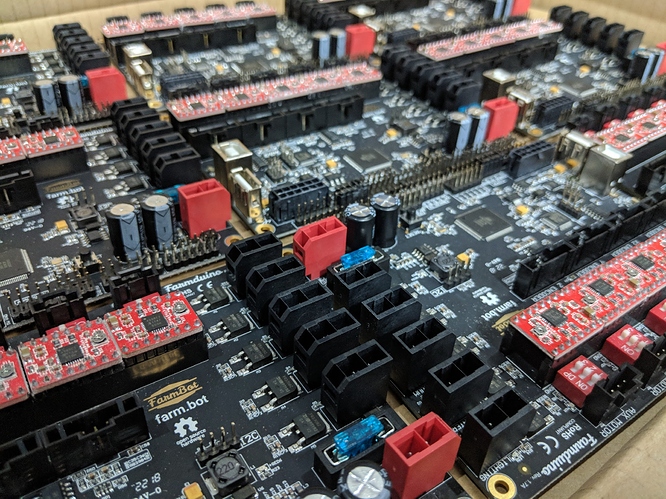 The new kits include a new UTM with a PCB and pogo pins. Gone are the days of electronic screws with zip-ties! Furthermore, the new UTM will come fully pre-assembled so users can just mount it and plug in the UTM cable. The design is backwards compatible with the v1.2 and v1.3 tools. How cool do those matte black PCBs look? 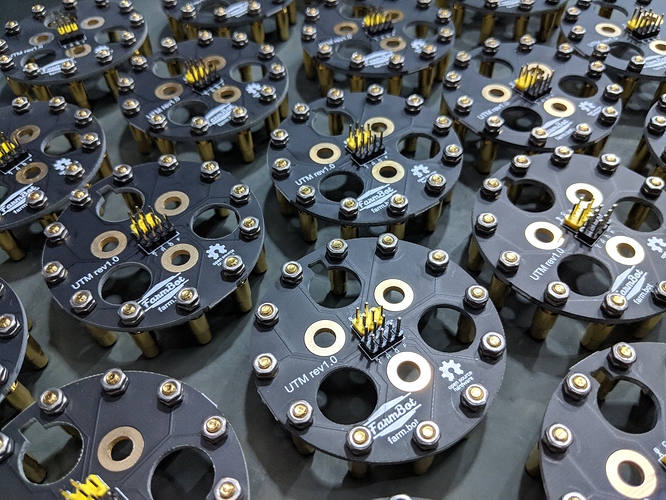 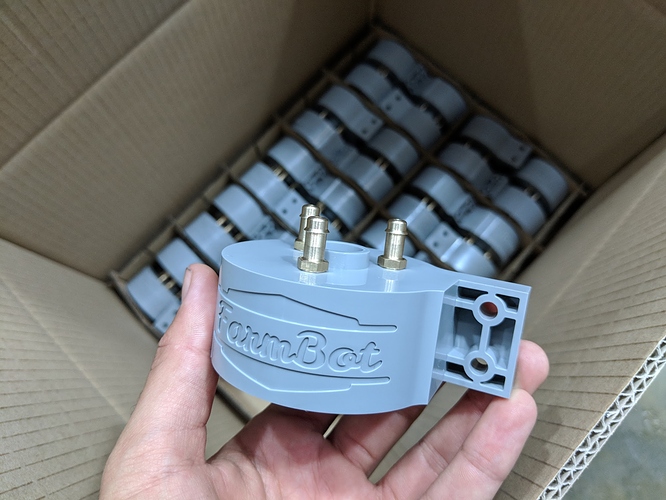 In preparation for our largest manufacturing run yet, our growing inventory of individual and replacement parts, and our need for additional R&D space, last week we moved into a new 4,000 square foot facility in San Luis Obispo. With the help of several friends and a bunch of truck and van trips across town, we’re now settled into our new space. More pictures and a video to come! 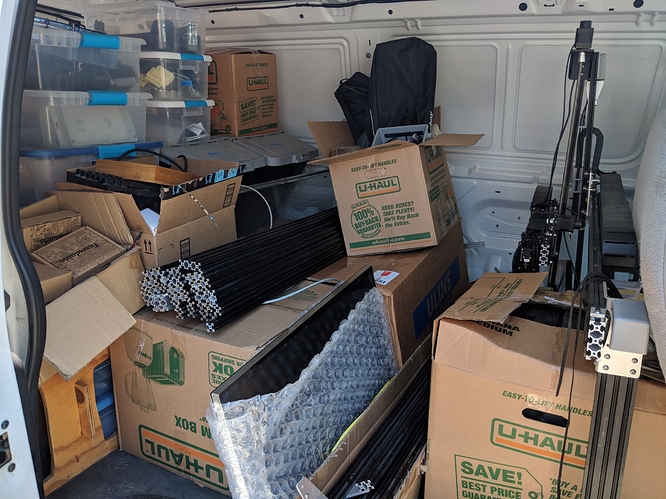 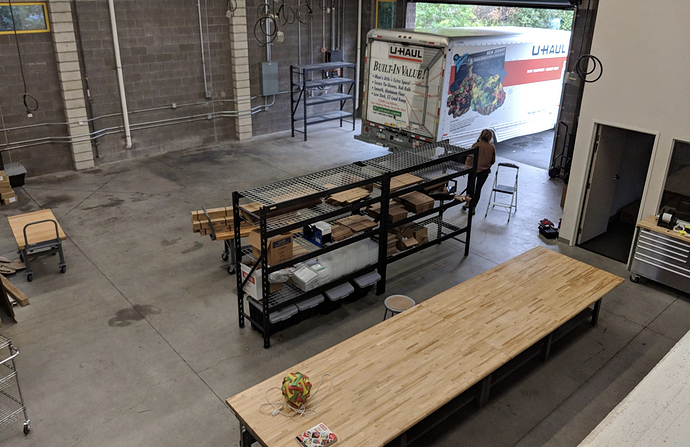 Thanks for the update!
So exciting!

Thanks for the update!

It’s better to get a product that works than get one that doesn’t on time. Thanks for resolving these issues and problems.

Thank you very much for the update…Is there any reason why this is no content for your blog (https://farm.bot/blog/)?

The new kits include a new UTM with a PCB and pogo pins. Gone are the days of electronic screws with zip-ties! Furthermore, the new UTM will come fully pre-assembled so users can just mount it and plug in the UTM cable. The design is backwards compatible with the v1.2 and v1.3 tools. How cool do those matte black PCBs look?

Hey @roryaronson: I would be quite interested to know more about the new UTM design. Are you able to disclose any information on the design? How is the electrical joint now made between the tool and the UTM?

Thanks for the update. The more information the better. My growing season will be 3/4 finished by the time the Farmbot shows up but I’ll see what I can do.

I was traveling last week to speak at the Fab City Summit in Paris and to meet with some European FarmBot folks, so I just hadn’t cross-posted to the blog until tonight

@Klimbim the new UTM uses pogo pins to create the electrical connection between the UTM and the tool. It is essentially the same concept as what was developed for the v1.2 and v1.3 UTM’s, it just uses different components. Perhaps this picture of the underside of the new UTM better illustrates how it works? 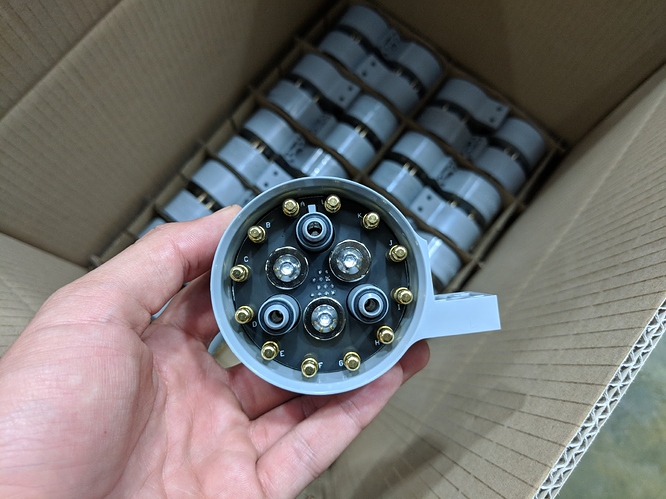 Are you shipping yet?

Not quite. Though the injection mold tooling has now been fixed and the process of assembling and testing the electronics boxes is underway

As a disabled prospective buyer, i’m really digging (pun intended) all the pre-assembly and the addition of the customizable buttons/indicators! Keep up the Good Works!

Any idea when you think you will start shipping?

This is quite possibly the thing I’m most excited about in V1.4 (push button and status LED’s are great too for manually starting common sequences or for starting a garden rave for impressing friends)! The hassle of having to deal with those zip ties has mentally kept me away from even day dreaming about creating custom tools for the farm bot (taking the cover off of the UTM for any troubleshooting/new tube/wires feeding usually resulted in at least one of the wires slipping off its respective pogo pin). Thanks FB team! Keep up the hard work!

@haugj1 We have rush-shipped a small number of kits to some customers who had funding deadlines, though we are targeting the week of August 20th for when all other pre-orders will be fully packed and leave our warehouse. It should be an exciting week

@fuzzynickel thank you for the positive feedback! We’re looking forward to seeing what everyone does with the push-buttons and easier-to-use UTM. Maybe we’ll need to have a little friendly competition here on the forum for the coolest use of the new hardware!