I am trying to boot FarmBot without connecting motors (At this moment, I cannot physically access the place), so I want to set up the software. However, I am facing an issue with the OS not loading.

I am attaching photo of the log when I tried to load farmbot. 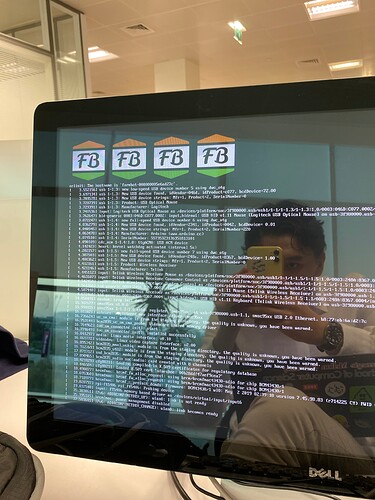 Have you searched for a local Wi-Fi AP with an ‘open’ SSID similar to farmbot-8dc9 ?

Thank you for your reply. I resolved the issue with not booting OS and not appearing Wi-Fi. Surprisingly, when I tried booting the RPi without any HDMI connections, it booted normally, and the Wi-Fi network appeared. From there, it was pretty straightforward.
However, I configured the Farmbot to connect to my mobile hotspot (on the phone) and noticed that the ping between Farmbot and Message Broker was too high. Therefore, we decided to approach it differently by installing Raspbian on an RPi and sending control signals to the Farmduino.