I have been trying to configure my Farmbot for a while now, and I keep having the same issue. The raspberry Pi and Arduino are not connected together, and there is also a problem of communication between the farmbot and the Message Broker. After a while the Farmbot reboot and when I connect to reconfigure it, I get the following error. Does someone have any insight to to help me? 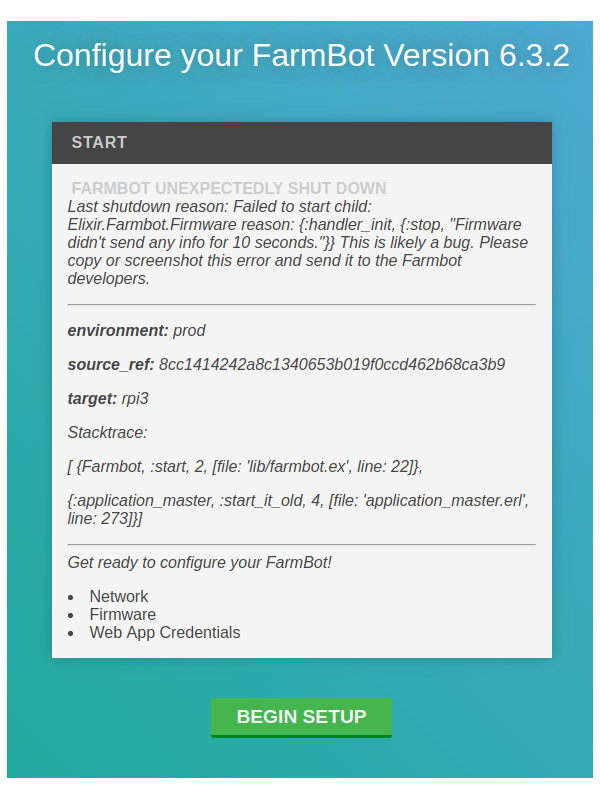 Do you have a second Raspberry pi and/or Arduino?
If so, you could try to rule out hardware…

Thanks for your reply.

I’ll do that asap and let you know.

I have tried replacing the raspberry Pi, but still the same error. It’s hard to replace the arduino since I have the Farmduino card from the V1.3.
Do you have any ideas?

Ok, what about other debug steps like re-imaging/re-loading of sw? Also maybe swap out SD card to rule out bad storage?