Last week we released v9.1.1 of FarmBot OS, and today we deployed a new version of the FarmBot Web App. Here’s what’s new:

Over the last two months we’ve focused most on improving FarmBot OS test coverage, ironing out bugs, and improving the firmware for our latest electronics boards included with the Genesis v1.5 and Express v1.0 kits. The v9.1.1 update fixes the following issues:

In addition to the fixes above, FBOS and the firmware now use R03 codes to know what caused a command to fail in more detail. And last, the firmware version displayed in the app is now reported by the firmware, so it is always accurate as to what code is running in the microcontroller.

The tools page has been removed and all of the functionality (and more!) is now built into a new panel on the farm designer page. This makes the user experience across the app more consistent, and it is very nice to be able to make changes to your slots and tools without leaving the context of the virtual FarmBot. 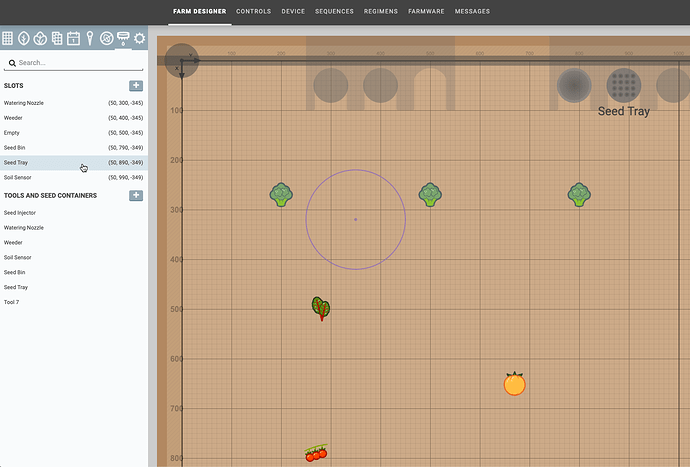 When choosing the sort order for a group, the app will now calculate the travel distance for each method so you can choose the most efficient option. 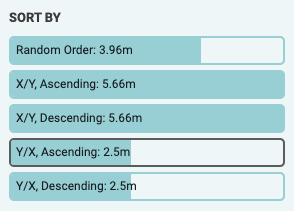 With the addition of several new hardware settings for our new electronics boards (STALL SENSITIVITY, MOTOR CURRENT, etc), we decided it was time to do some house cleaning on the Device page.

Notably, we moved all the content from the Pin Bindings widget into a dropdown in the hardware settings, and moved some settings around into different categories.

You can now link to specific settings on the device page using the URL format: my.farm.bot/app/device?highlight=always_power_motors. When someone clicks a link like this, the app will open up and highlight the setting. This will make it easier for us to provide support because we can direct users to a specific setting rather than describing where it is. 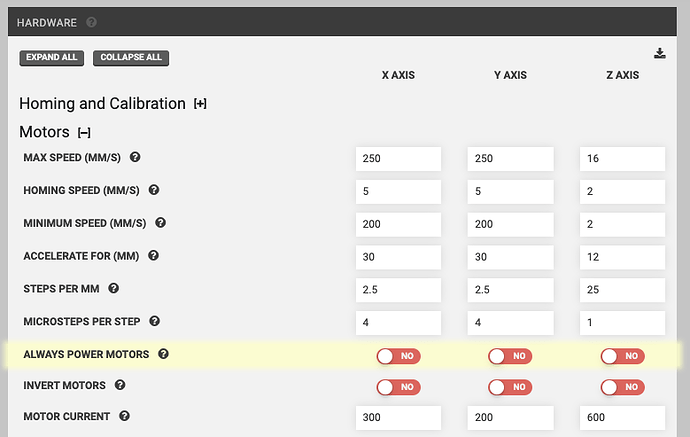 Rory and the rest of the Farmbot team!

This OS update was a lifesaver. Our bot has full movement along each axis and not one bit of motor hang up as I had previously reported in the troubleshooting forum. Peripherals stay off as well. No random lights or vacuum pump turn-ons.

While we are diligently working through our network connectivity issues, I feel like this was a huge hurdle that was addressed with this update. And just in time for the end of our school day when lots of students got the chance to walk by and see the Farmbot making some moves. Thanks for all your hard work.

Thank you for the great feedback @Jjarrell! Glad to hear the update solved most of your issues