@leeborden Which version of Raspberry Pi are you using? If you bought a kit from us, you will want the FarmBot OS image hosted here. You can burn the file to an SD Card using Etcher.

I would be happy to assist with troubleshooting if you hit any issues while burning the file to the SD card. Please let me know if you require any other assistance or are using a different Raspbery Pi version.

EDIT: In a previous version of this post, I had published a link to a version of FarmBot OS intended for use in RPi V1. I have corrected the link to point to the proper version. My apologies for any confusion that this may have caused.

Thanks Rick. Will let you know if we hit issues. 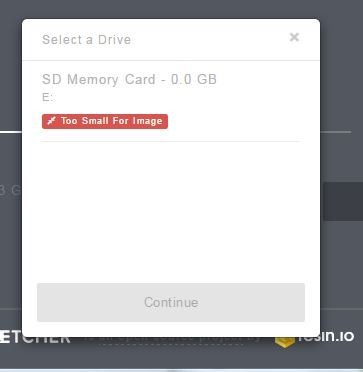 Tried reformatting the SD card, but that didn’t seem to change anything.

When I look at the micro SD card in my Windows Explorer, it shows 7.95 GB available.

@leeborden seems to be a weird problem of etcher (bug report)… Could you please try to use win32diskimager instead?

Thank you! I have a “Write Successful” message. I’m calling that a victory.

Please let me know if you hit any other issues during setup, and sorry for any confusion.

Nice that you share the alternative to etcher. I transferred the solution to the wiki:
http://wiki.farmbot.org/problems-solved/installing-farmbot-os (edited)

this might be confusing for some users, as it does only affect some (and not all) windows systems. I would prefer to have a more general wiki page which simply describes some alternatives to etcher, in case sth. goes wrong. For example Linux and Mac Users could simply use dd to flash their SD cards:

Hey Chris,
Good idea! It is helpful to have a documentation for each OS.

I collected the instruction for windows, linux and Mac OS here:
http://wiki.farmbot.org/problems-solved/installing-farmbot-os

Did you copy that stuff from raspberrypi.org? They’re publishing their docs under a different license (cc-by-sa), we’re using CC0. As far as i know, both licenses should be compatible BUT you have to add the attribution on every page! Please keep this in mind!

Besides that it looks good!

I added the attribution.