How can this happen?

My Farmbot sometimes sends pings to the US, that are received before they are sent by the bot. Is this a new area of physics, that will revolutionise our perception of time? 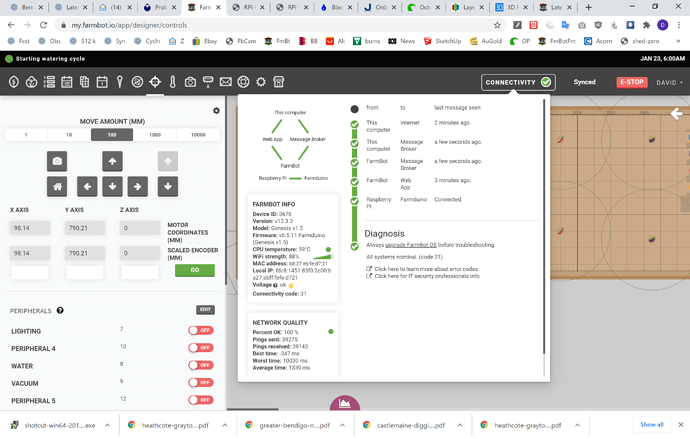 received before they are sent by the bot

Why would counter exceeds be called “best time”? I was reading it as the"best time" for a ping reply was -247ms

Thanks for clarifying your observations ! You’ve found a little bug ( behaviour / documentation )

. In all seriousness, there is probably an issue somewhere in the stack relating to timestamps. I’ve never seen this before and I am unsure what could have caused it.

The pings work by:

We will take a look to see what happened in your case.