I’d love to create an instant messaging interface to FarmBot. I’d have it perform actions based on commands sent to it. FarmBot could also chat with me when it’s about to start or finish scheduled tasks, or send me pictures from its webcam.

I’ve built such chat interfaces before, and for FarmBot I’m looking for the best location to integrate this code. I think I should develop it as “FarmWare”, but it’s unclear to me where my code can “listen” to events.

Is there an API which I can use to hook my functions into? I don’t need FarmBot to send me a message for every log event, so I want to be able to specify which events to listen for and what to do when they occur.

Looking at some documentation of the API, it seems that it should be possible to add another “channel” for some messages to get pushed to. Where most logs are now being pushed to “toast” (which I believe is the popup messages that appear on screen), it’d be great if you could selectively push messages / logs to another channel. One which FarmWare can listen to.

@mdingena This is very doable, especially if you write it in NodeJS, since FarmBotJS works in node.

If you want to write it in another language, such as Java, Ruby, etc, this is also possible, as long as there are MQTT clients available. Let me know which language you plan on supporting and I can help you identify a client.

Here is how you could build a FarmBot chat app (high level overview):

All Farmbot software (the frontend, FarmbotJS, the API, the MQTT broker, FBOS, etc…) shares a common format for sending/receiving realtime data and RPC. Internally, we have called it “CeleryScript”. A good example of CeleryScript usage is the sequence editor in the web app.

When you build a sequence in your browser, you are actually building a CeleryScript AST, which is later processed by FarmBotJS.

We don’t have any formal documentation for CeleryScript nodes yet for the simple reason that no one has asked. I can write such documentation if you require it. If you plan on using FarmBotJS, you will not need to dive into the specifics of CeleryScript since it is abstracted away. If you write the app in TypeScript, you will get intellisense / method documentation also.

Please let me know if that points you in the right direction. Like I mentioned, I would be more than willing to write documentation about the RPC commands if you end up not using the FarmBotJS client.

This is great stuff!

I took a look at the Take A Photo FarmWare and noticed it’s in Python. Can I still write my add-on in JavaScript?

@mdingena A couple of things:

Like we mention in the readme, it’s still a very early feature that we rolled out only a month ago, and things can change quickly. Hope that helps answer your questions.

CC: @connor can you verify the list of languages we support for Firmware?

Right now we support Python and Mruby (not mainline ruby)
Support for erlang could be added but is not currently enabled i dont think. (i doubt anyone wants to write a Farmware in Erlang)

Adding a JS runtime would be easy but just hasnt been done yet due to constraints on the root filesystem and other similar issues. We are working on a different system for things like this.

The problem comes to dependencies. Vanilla JS can be written and it would be fine, but if you wanted to pull in any dependency, then it gets a little more complex.
Once the problem of dependency management is solved there is an issue of cross compilation which is an entirely different beast.

the Farmware feature is still very early and very much in development.

at the moment, you would need your Farmware to send messages to something outside of the web app.

If I have to use an external program anyways, then I don’t want to bother with FarmWare at all. What I really need, then, is a websocket on which my program can listen for interesting messages.

Isn’t that what the frontend web app is doing now? Is it easy for me to write an external program and get access to those messages? So that when (for example) the message that “your FarmBot might be stuck!” comes through the socket, my program picks it up and can do its own thing with it? (like, send a push notification to my phone)

@mdingena
That is basically what the frontend is.
If you do prefer JavaScript, we have the farmbot-js library that is most of the backbone of communicating with the bot.
I’ll let @RickCarlino go into a bit more details, but its actually fairly simple to work with.

Okay, so maybe rather than work in parallel on a feature you might include in the future anyways, is there I way I can help develop FarmBot-JS to include, for example, Telegram integration?

Rick will have a better answer for you there,
But for right now i believe FarmbotJS is just a library, not an implementation, but if you have a well put together example, i think it would be a pretty good example for other developers.

We don’t have a featured projects yet but i believe someone was talking about it not to long ago.

@mdingena I started writing an example application that uses IRC. I used IRC since I’m already familiar with the protocol and don’t need to register for anything. This was my first time using FarmBotJS outside of the browser, and it turns out there were some small adjustments that need to be made to the sourcecode.

I will keep updating the example as my schedule permits and let you know when it’s fully functional. Feel free to poke around or submit PRs.

Looking forward to playing with this.

@mdingena I have fixed all of the NodeJS issues with this latest release (3.9.3).
Full example at: 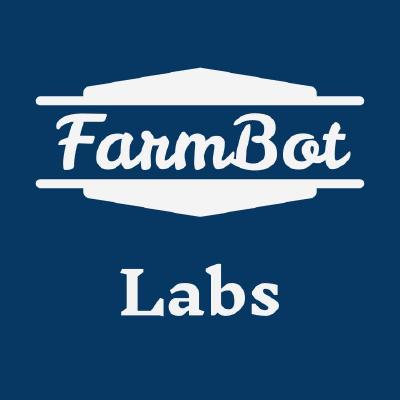 Please let me know if you hit any issues. Hope this helps!

I was just testing some code of my own. Unfortunately, my Farmbot isn’t always powered, and my WiFi coverage at the bot site is flaky, at best.

Would it be possible to test my code against an emulated Farmbot? Like, can I get a token which corresponds with a fake Farmbot rather than my own physical one?

While my own Farmbot was online, and reachable on my.farmbot.io, my app wasn’t able to connect to it.

@RickCarlino should I always request a new token for each operation, or should I store the token until it expires?

If FarmBotJS works with Promises (such as farmbot.connect().then(...) and I’m supposed to re-use the token as long as I can, which logic should I use to make sure my app is still connected to the bot?

I can’t wrap my head around it.

Also, if the token expires, do I need to re-connect to the bot? I’m asking, since the token is passed to the constructor, and might expire while the app is still using that instance.

@mdingena Promises are definitely a tricky one to learn. The nice part of it all is that they are being adopted as a standard by almost all JS libraries and APIs, so once you learn the syntax, the knowledge transfers easily between projects.

A couple of things:

@RickCarlino Well, let’s say I want to move my Farmbot via instant messaging twice. There is 15 minutes between each command. My application is running indefinitely, listening for messages on the Telegram socket.

My first command comes in, and my app has already a token and performed farmbot.connect().

How do I proceed from that situation? The connection is still going I assume? Or it the connection closed after you’ve resolved all promises in the chain after .connect()?

Then, 15 minutes later, my second command comes in. Let’s pretend my token has now expired but I still haven’t closed the connection (and it hasn’t dropped either). Where to go from that situation?

Can I just request token once, connect once, and then send move commands arbitrarily? I need some sort of verification before attempting each move to ensure I’m still connected, right?