Hey guys.
Been building my own Farmbot, I bought a 3d printer an made all the parts. I have bout the Raspberry Pi, Arduino, an a single booster to make it from my house an barn to my garden. have the two mother bords talking to each other an working with the Wifi an app. have bought all the Bolts an wireing! Track, an pretty much ever little pump, ect… But the Motors… an the plates from BluecutZaw company but thats next.
But What An Were Do You Get The 17steper Motors ???
is it that easy to use motors with out encoders???
an i fell like its dumb but i cant figer out were the wires go to the Arduino from the UTM

Thanks guys been 7 mouths build but were almost ther

were the wires go to the Arduino from the UTM

Only 4 of those 12 pins are currently connected to the Arduino (see pin mapping). The rest is for future use: new tool heads, or tools you design yourself 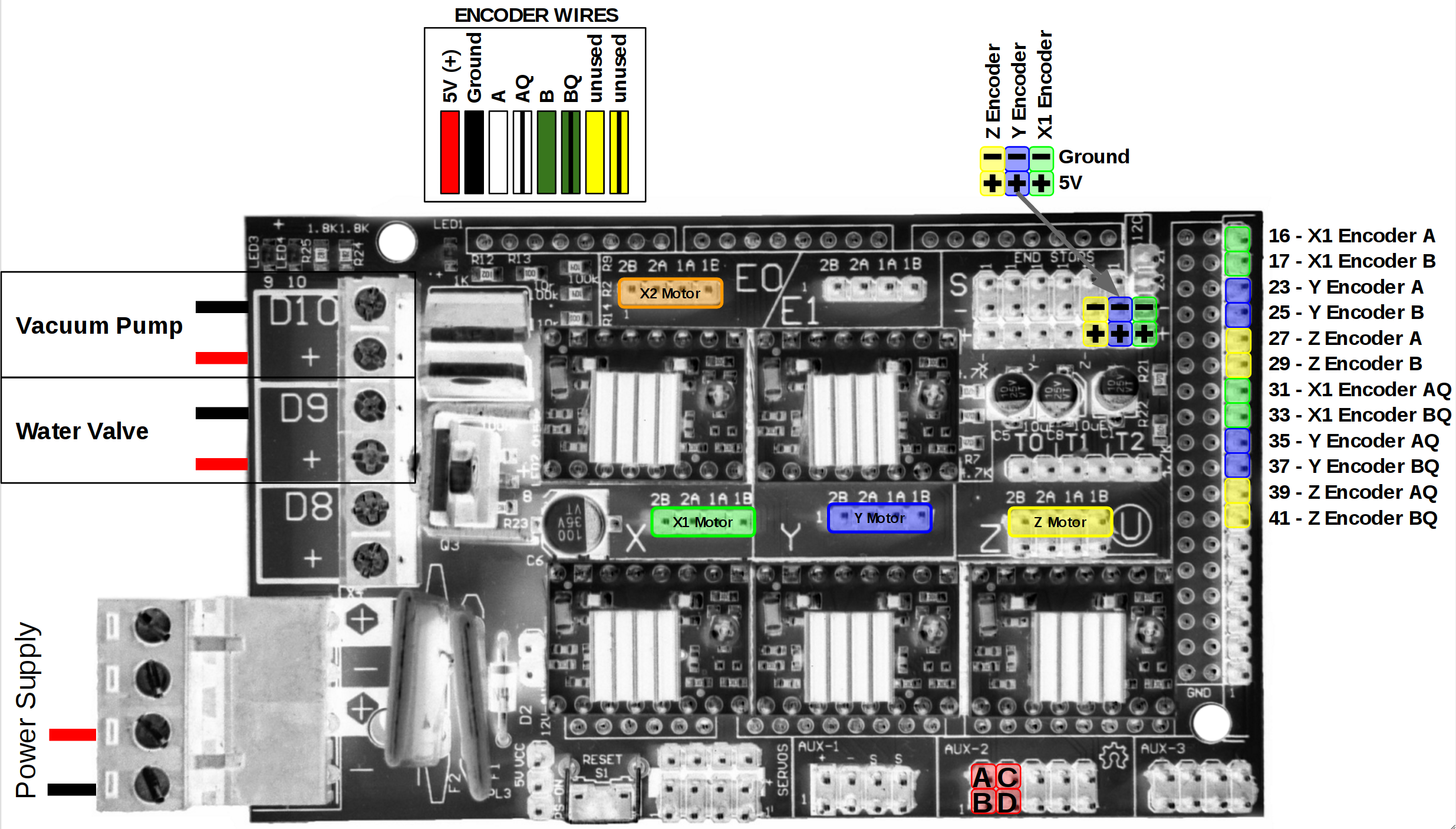 At the bottom of that picture (which is the right-hand side of the Arduino when it’s mounted on your FarmBot), you can see a red block with:

Connect the first 4 UTM cables to those, the rest is not used yet (but feel free to plug them into the remaining ports).

cool ok all try that here in just a min Thanks !!!