My take on a farmbot

It all started rather innocently with just wanting to grow a few things, mostly lettuce for myself, but later it would be nice to grow things like cucumbers, peppers and strawberries.

Now, I have a couple of ‘requirements’ for this project, as my wife is quite pedantic about me just taking over the house and building things everywhere, I have already taken over the garage and one of the spare rooms, now farmbot in its current state is very nice in my opinion, but I want to grow indoors and carrying dirt into the house would be a big no no from the wifey and I am not allowed to take over the backyard, as its her little slice of nirvana.

Enter, hydroponics, I was browsing the old youtube for some inspiration one day, and came across a fellow name Hoocho, the guy has a bit of OCD, so the things he makes using hydroponics look extremely neat and this is a nice win for me to keep the wife happy.

So the idea is born to use a combination of hydroponics and farmbot, but of course, with a different take, what I want is a multi level installation, not just a single on the ground layer.

I initially had the idea to just have 2 farmbots on top of each other, but I knew there had to be a better idea

So after looking at farmbot, I realized the way the gantry moves was just not going to work for what I wanted to do, so I decided I will reinvent the wheel and build a swinging jib boom arm.

After much thinking, head scratching and generally just some dumb ideas, I ended up with the idea to build a swinging jib boom arm that could be used to service multiple levels, without having the need to have multiple gantries with their own tools.

I settled on a set of linear bearings that could run on supported smooth rods (SBR), which means I could now have a ‘pole’ run from the ground as high as I want to another rail, and my jib boom arm could then be moved up and down this pole. This also allows me to be able to rotate the arm to, for instance, another ‘farm’ that I can then just locate right next to the current one.

Now, of course, by jib boom gave way to some new issues, like how will the arm move in beneath the different layers of the structure, seeing as the current farmbot Z movement is a pretty hefty piece of kit, this got me looking at robotic arms, the problem of course, the weight, so I had to find something light, but still strong enough for future expansion and upgrades to the multitool

It ended up being a simple case of browsing through thingiverse, finding a couple of models, printing them and seeing which gave the best performance, it ended up being the EEZYbotarm, I just had to create a gantry to mount the robot arm to my jib boom and job done

So, at this point, I have a camera mounted to the arm, which works a treat. I have both X, Y and Z movement, and a robot arm that can extend down into my hydroponic channel to allow the universal tool to do its thing when needed. I also have a grow light running on a schedule for, well, light.

There is still a lot left to do, I still need to hook up the seeding part, add some monitoring for the hydroponic liquids, EC, PH and flow, add the second layer to the system for an NFT rail, get some way to move the grow lights around if needed, I would also like to create a hook of sorts to be able to pick up the net cups that go into the channels, so the seeds can be germinated in one channel and then grow in another.

So thats my long winded story, any input or critique is welcome! 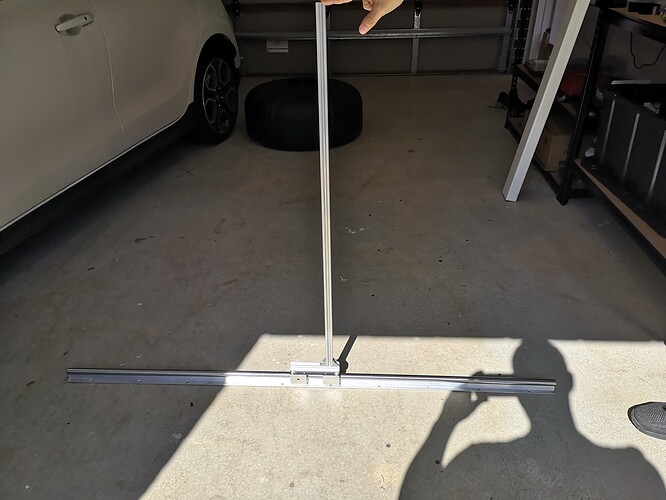 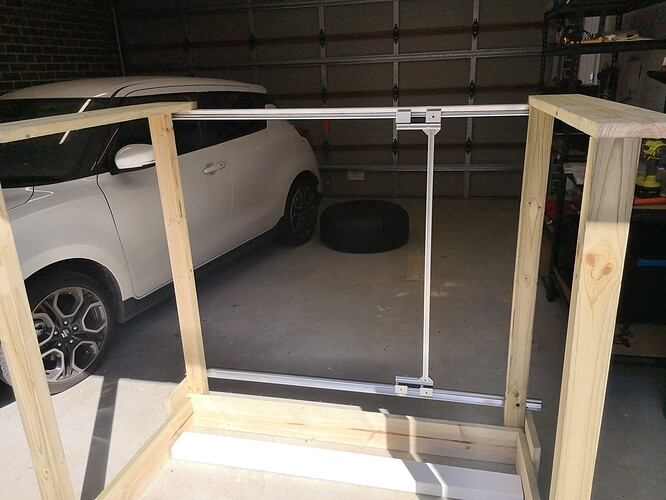 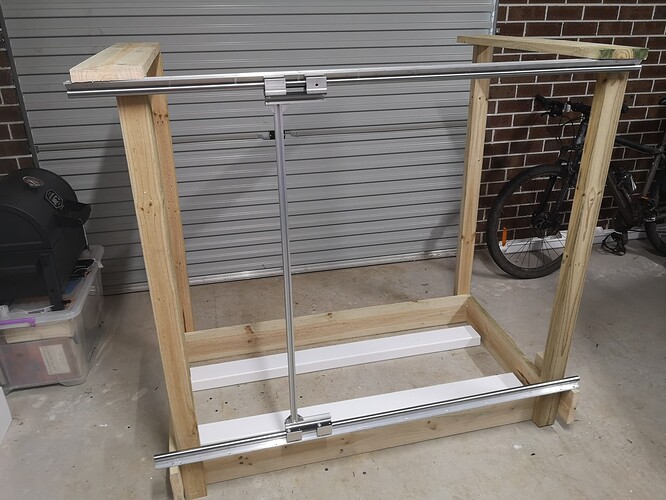 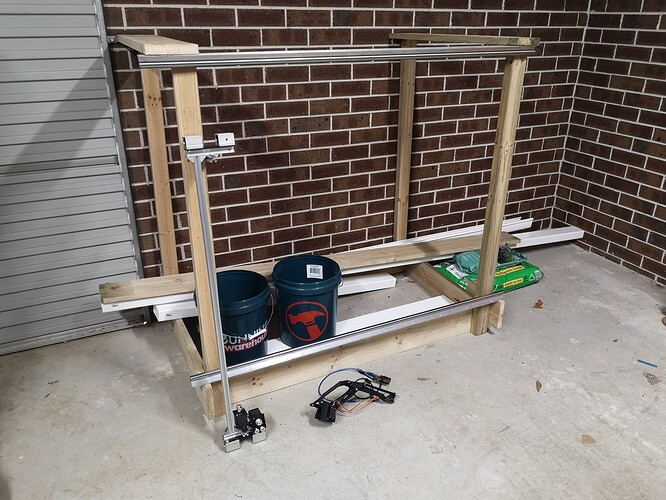 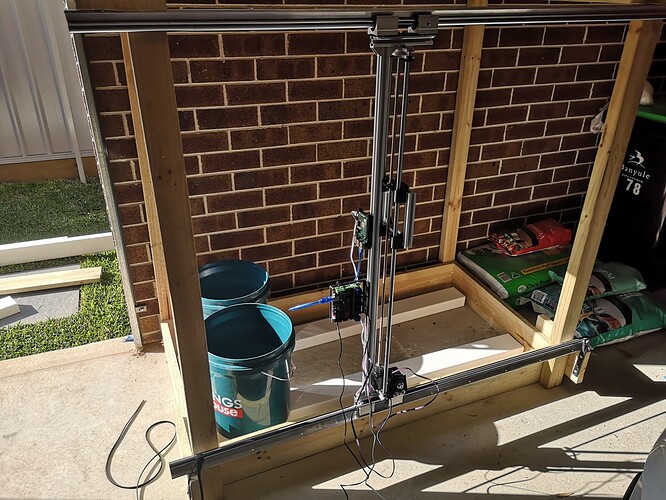 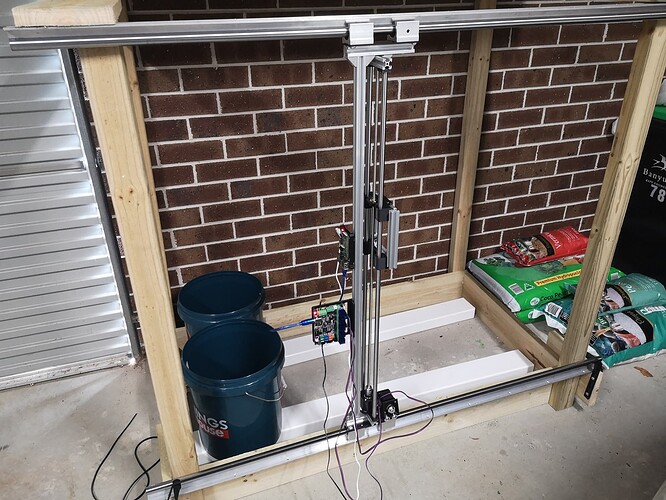 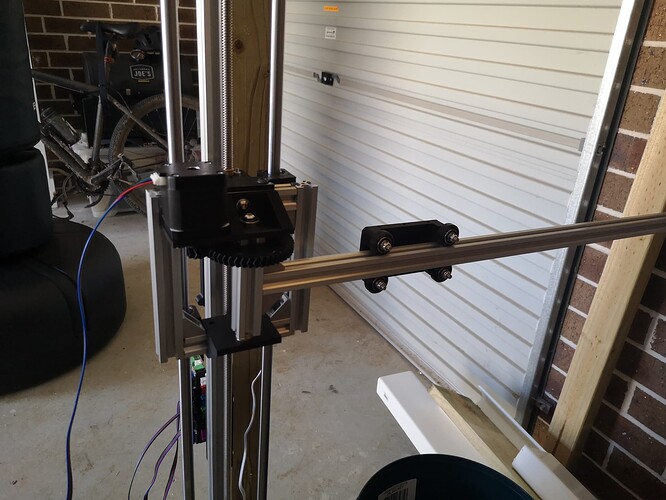 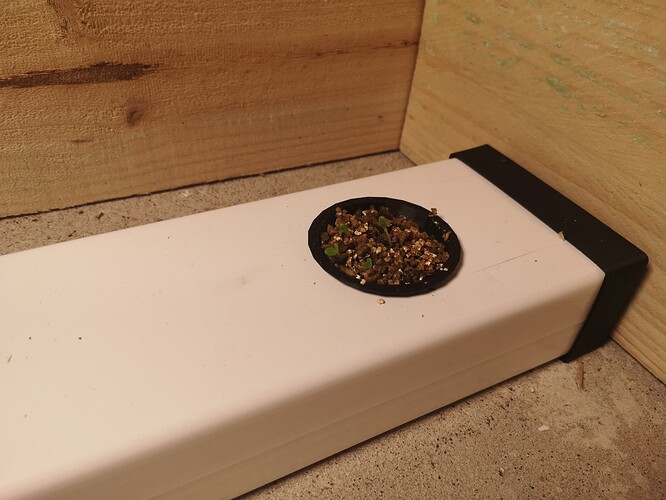 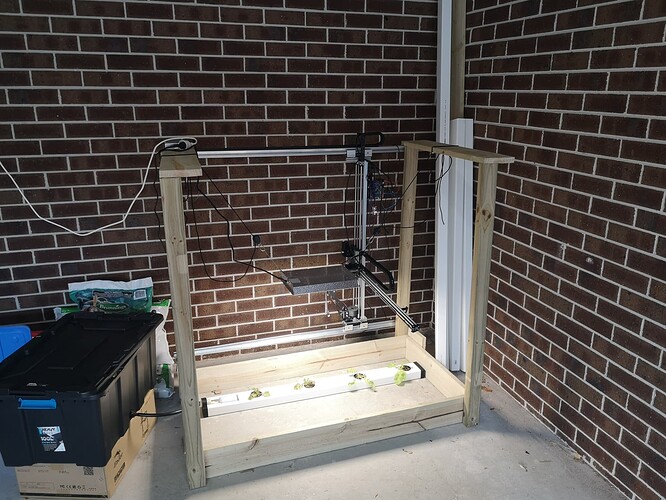 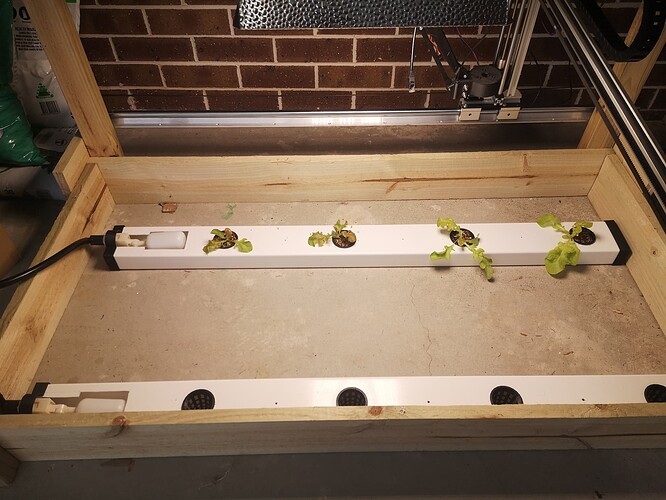 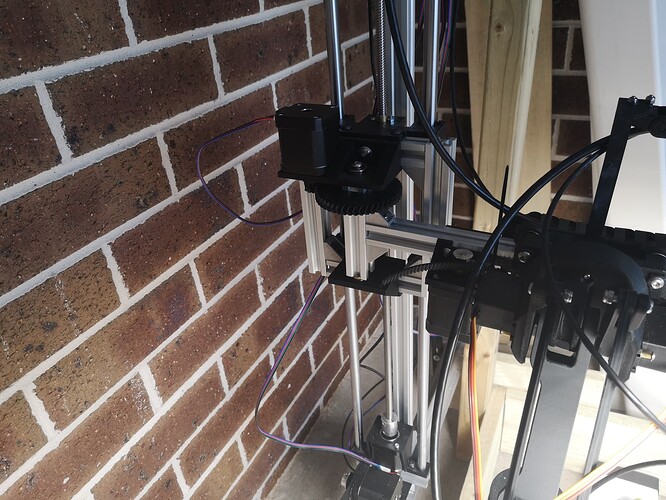 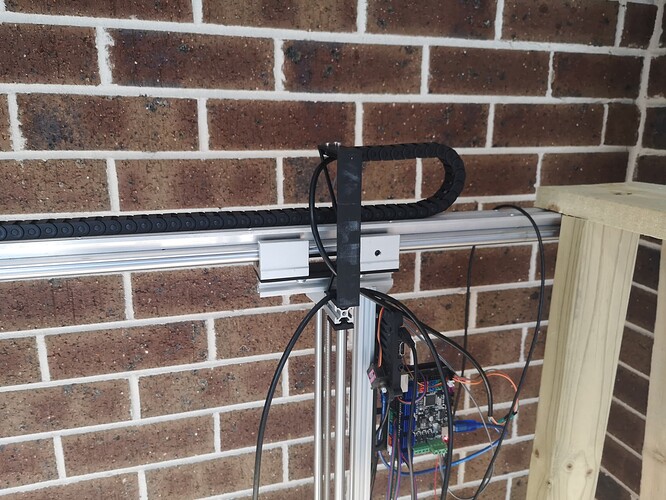 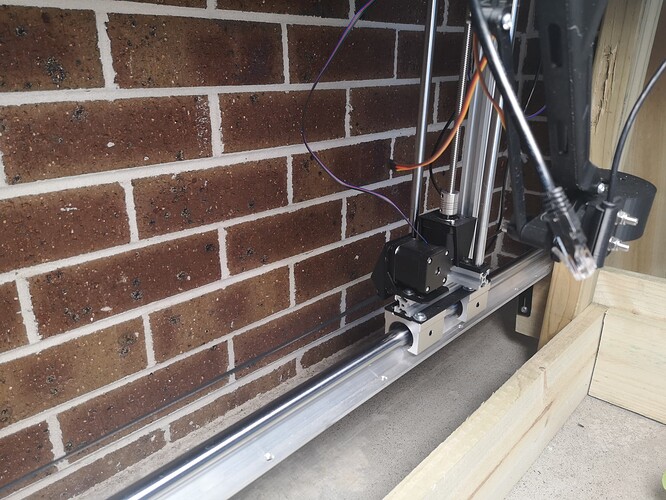 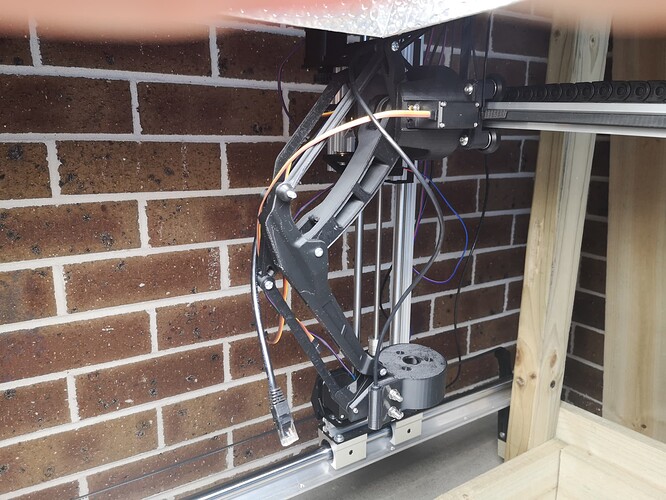 Great work on the build, especially the 3D printed arm!

Please keep posting your progress. Everyone on the team is excited to see how this turns out.

Wow! This is awesome. I was thinking about ways to do something like this with the seedling rack I use in my basement. This is very cool!

This topic was automatically closed after 30 days. New replies are no longer allowed.