This topic has been mentioned several times on this forum…

I have noticed there is a decided lack of knowledge about this subject! It’s something we need to correct! We all seem to know that disturbed soil distroys the fungus, but none of us have a name for the fungus or where it prefers to grow… I suspect there is more than one variety and that they live in different places!.. For instance …

A mycorrhiza (from Greek μύκης mýkēs, "fungus", and ῥίζα rhiza, "root"; pl. mycorrhizae, mycorrhiza or mycorrhizas) is a symbiotic association between a fungus and a plant. The term mycorrhiza refers to the role of the fungus in the plant's rhizosphere, its root system. Mycorrhizae play important roles in plant nutrition, soil biology and soil chemistry. In a mycorrhizal association, the fungus colonizes the host plant's root tissues, either intracellularly as in arbuscular mycorrhizal fungi (AM...

Grows in forests… Joins the roots of trees in a network…feeds small trees in the forest. Allows ferns and huckleberries and other underbrush to grow, but there seem to be no weeds… You can smell it if it’s in the forest… The network can be seen in the ground. It helps small trees and bushes grow on fallen trees and stumps, breaking down their carcasses, (along with termites!)

So what other varieties are there?
Surly there is a variety that grows under the plains. In the swamp, rainforest, I know oak forests have their own variety!

Of most interest to us;
is there a variety that will work with our food plants enhancing the first few weeks of growth? Helping in other ways?
Does the forest variety have a preference for certain trees & plants?

“Mother’s father’s father, who departed for all time between, said this was the key to the mystery, and it came to him while doodling: he said that he said: ARRHENIUS? EUREKA! MYCORRHIZA … [illegible] … Flamethrowing fire-lizards to wipe out the spores. Q.E.D.”

You have the book in front of you!
It’s interesting, she obviously read about it(MYCORRHIZA) and picked up only; "eats all organic matter! " and has sometiing like strings which it gets the organic matter to feed on) Lol
Missed the word symbiotic! …

Hey Palomineo!
Great topic to discuss about.
Arbuscular mycorrhiza (AM) seem to be quite interesting for our goals.

Varieties: Nearly ever plant family is benefiting from arbuscular mycorrhiza. Exceptions are Brassicaceae (Cruciferae) like Canola or cabbage.

In general arbuscular mycorrhiza are most beneficial for plants, which can not uptake to much phosphorus because of their poor root structure. The fungus is complementing the root system. Most important are the roots in the topsoil, because the quite immobile phosphorus is accumulated there through organic matter and so on.

I think the best way to get knowledge of useful varieties is to contact suppliers of mycorrhiza for agriculture or gardening like these guys:

I will send them a mail.

Hi Jonas
You know something about this stuff! Good!

Do you have any suggested reading for us to bone up on this? Most of the things I know about this are anecdotal at best, wilkpedia at worst, lol

Can I suggest literature?
No, not yet. Most things I know about Mycorrhiza I know from a German book about roots and Wikipedia as well.

How to introduce Mycorrhiza?
David from Wildroot Organic (http://www.wildrootorganic.com/) answered my email (Thanks David

).
He wrote that the most efficient way to introduce mycorrhizae to plants is to inoculate the seed at planting. And that it is a one time treatment.

That means we just need to apply on the seeds before we put them into the seed bin on the farmbot.

Are we able to apply the mycorrhiza dissolved in water?
Many of the products currently used work that way (http://www.wildrootorganic.com/store/copy-of-wildroot-organic-concentrate-1-oz-1)

Do all these fungi work together?
Dave wrote that all mycologists agree that diversity in species of mycorrhizae to inoculate a plant is best.
He also said “Differences in H2O, soil ph,soil texture,soil structure and temperature are all variables that change. Mycorrhizae act as a regulator for plants for changing cultural practices and environmental changes. A mix of mycorrhizae species gives plants the optimum growth and health.”

How do we keep the Farmbot from destroying it?
My thoughts on that topic:
First thing: Ploughing should harm the fungus as well as chemical crop protection.
Another thing is that mycorrhizae are most efficient in stress situation. Means for example:
Phosphorus exchanging fungi work best when there is not much phosphorus available.
That means that an application of phosphorus fertilizer would make the fungus unnecessary.
And the plant has no use of the symbiosis.

Another thing that should be interesting is adding beneficial soil bacteria as well. Maybe we can find someone who is really into soil bacteria.

When everything works out I will have a conversation with a Professor for horticulture who uis really into mycorrhiza on the Tuesday. May she can suggest some good literature and answer some more questions.

I’ve used soil bacteria a couple of times, and ladybugs! The bacteria did mess up the wireworms after I moved my garden to a spot that used to be lawn… The show up in old lawn often…
Adding the beneficial bacteria is a good idea! They die easily though and need to be mixed with water and applied at night…sprayed on the soil, kept cool or frozen??? I can’t be sure if they were frozen…it’s been a while and I forget!

I was talking to someone at work today…he was telling how a arbutas (madrona ) on his property had died and he cut it down, and how it had grown with fir trees all around it blocking the light… And that a lot the arbutas on the coast and in the stated appeared to be doing poorly I showed him that website and suggested it could help the others on his property. There is also a tree here that’s called a king fir? It’s not well known here anymore!, but this one has been doing poorly from since we moved here in the 60’s… I’m thinking of adding this to the roots of theat tree too!

Okay, pretty cool that you are trying it out.

I got some more information from Dave.
For background information about mycorrhiza he shared this link:
http://aggie-horticulture.tamu.edu/faculty/davies/research/plantstress.html

And he answered my question about the water treatment and harm factors:

“Mycorrhizae can be used with synthetic fertilizers. They prefer organic. Keep the phosphorus low. Tilling is also bad for Myco. Spraying boiling water or steam on weeds will not harm Myco.”

http://aggie-ghorticulture.tamu.edu/faculty/davies/research/mycorrhizae.html
That’s a cool discription! Some Orchards depend on it!
Back to work

That’s a cool discription
Some orchids rely on them!

Today I had a conversation with Prof. of horticulture.

As mentioned earlier: There are arbuscular Mycorrhiza (AM) and Ectomicorrhiza.

AM
80% of all plants come with AM. There it is best to have a variety of species. Most of them do the same types of symbiosis. Some are a little big better in providing phosphorus, other ones do better for drought tolerance. Other symbiosis are providing nitrogen or potassium or Pest tolerance.

They can only be cultivated on a host and not on a nutrient medium. So it is not that easy to multiple them in your backyard.

Ectomycorrhiza
They are found on trees. There are much more varieties and the networks are bigger. They don’t connect with AM. But there are some AM which work on specific trees to (like poplar, ash tree or maple). And shrubs also prefer AM.

They can be cultivated on nutrient media

About Mycorrhizae in general:
In the early phase of a plant mycorrhiza can slow down growth
at first. That’s because at that time the plant needs the sugar from its photosythesis more than the benefits of fungus. So there is no beneficial but harming effect on short term. But as the plant grows that is changing. In the later development of the plant the ones which have mycorrhiza show advantages.

Another thing is that M. are only developing well when there are stress situations of nutrients, pest, water in it`s early development. That means for use: An early use of fertilizer harms the development of M. Later it is not that harmful.

Another thing that is similar: The development of pest tolerance of plants through M works like a immune system. The inoculated plants which get sick in their early development, are the most robust at later times.

Viticulture is a major worldwide economic sector with a vine area of 7.52 million ha, wine production of 288 Mhl, and wine exports of 26 billion euros. Nevertheless, viticulture has to adapt to new challenges of pest...

Although it deals with viticulture there are many things, which are similar to over cultures.

There are some interesting facts about AM fixing Ion deficiency and positive effects on tolerance to soil salinity, heavy metal tolerance, or soil stability.

There are also some information about harming factors like ploughing, or use of pesticides.
What I found interesting is that there are certain varieties which can tolerate ploughing.

Here is a list of useful plants which forming arbuscular mycorrhiza:

This is a useful page to get started:
http://www.symplanta.com/gettingstarted.html 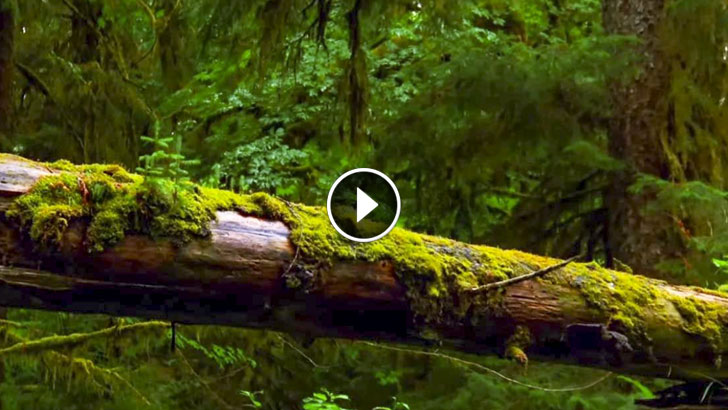 I thought this was some kind of CGI or stop motion animation, but actually its one of natures most amazing creations

A lot of this info could be documented on the wiki: http://wiki.farmbot.org/farming/mycorrhizal-mycelia