I was listening to the episode “Magenta Doesn’t Exist” of the Embedded Podcast and they were talking about computer vision and http://opencv.org/ Has anyone ever used/heard of it? Do you already have a better plan for the computer vision weed detection?

Yes, OpenCV is exactly what we’re using! We’ve got a prototype running and we’re working on implementation: 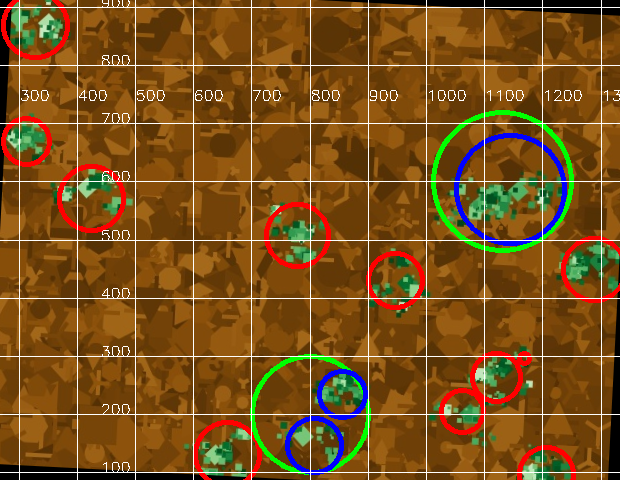 So where is source code ?
We were asking on another thread, but no response from farmbot team :

Sorry, I didn’t see that thread. The code is on GitHub: FarmBot Labs Plant Detection.

Hi Gabriel,
Thanks for your reply.
I was waiting to be sure that project seems complete to contribute and try building one.
Regards

OpenCV is a good starting point for very simple and highly constrained problems, but can’t handle much complexity. Using CNNs in a deep learning model would significantly work better. What we need to make that work though is data. The more, the better. Luckily with an automated data collection platform (farmbot), this should be achievable. Ideally we could set up a continually growing public dataset containing the pictures and planting/watering/weeding logs of many farmbots so that new algorithms could be implemented and tested against a common benchmark.

Ideally we could set up a continually growing public dataset containing the pictures and planting/watering/weeding logs of many farmbots so that new algorithms could be implemented and tested against a common benchmark.

Couldn’t agree more. I would love to cooperate on this. @zdwiel are you familiar with tools which we can use to start to collect the dataset and setup the framework for testing the algorithms on the dataset?

I think for now we need to wait for the hardware to be more capable and have some basic working starting point. From there I see two issues that are unclear: