The instructions for installing the seed troughs on the x-axis won’t work as shown for the genesis xl 1.5. The head won’t reach the troughs. The X is off by about 25mm and the Y is short about 95mm. Attached are photos and what I did to add spacers to get the troughs under the seeder. 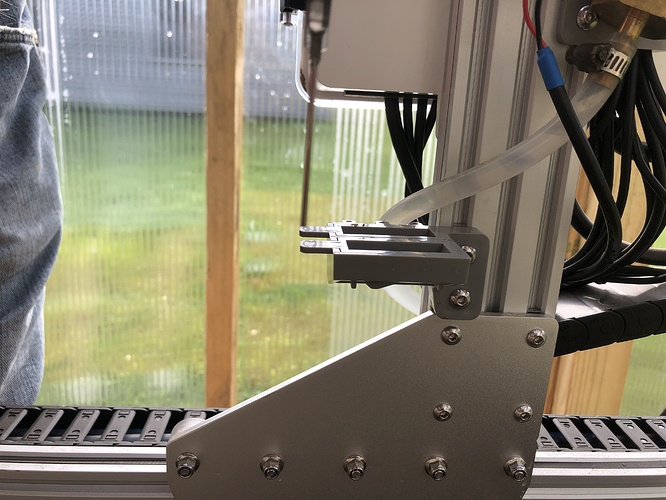 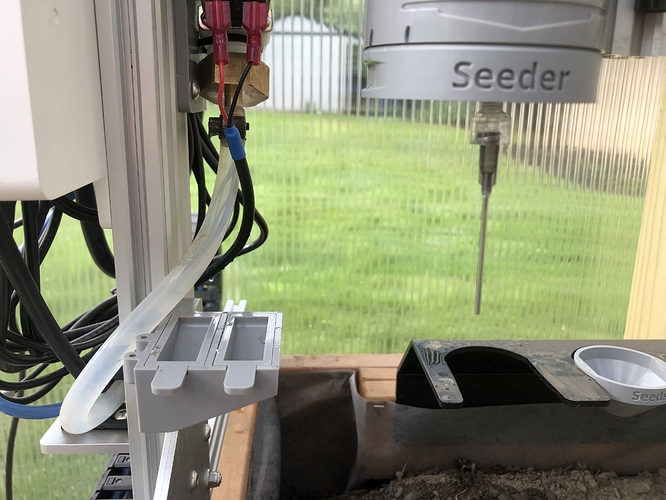 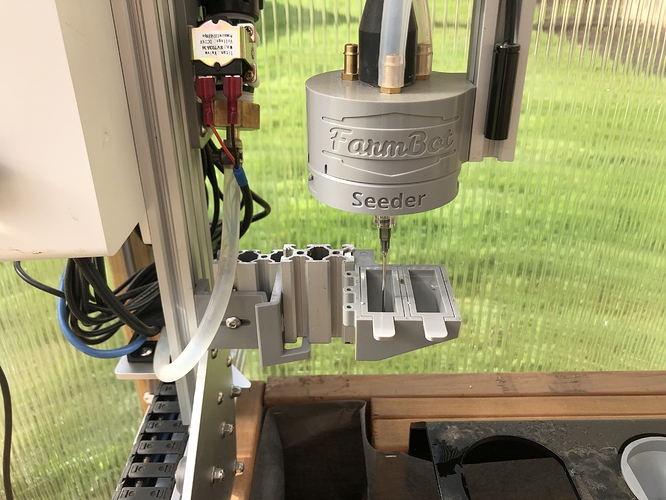 I also found out that they are not in a position which could be reached by the seeder directly. But I expect that these trays (which could be taken out!) are meant to be positioned manually with your hands under the needle.

I had the same problem. My FarmBot is attached to a rather wide raised bed - in fact, so wide that I had to put the track mounts on the inside of the bed rather than the outside. I assumed that was the source of my problem. In other words, if I had a longer gantry track, I thought I would just be able to move my stop out a bit and access the seed trays.

I could be wrong. I’m not great spacially.

I decided to re-mix the seed trough holder and my print just finished this morning before I woke up. In response to your post, I’ve placed it on Thingiverse as https://www.thingiverse.com/thing:4563471. 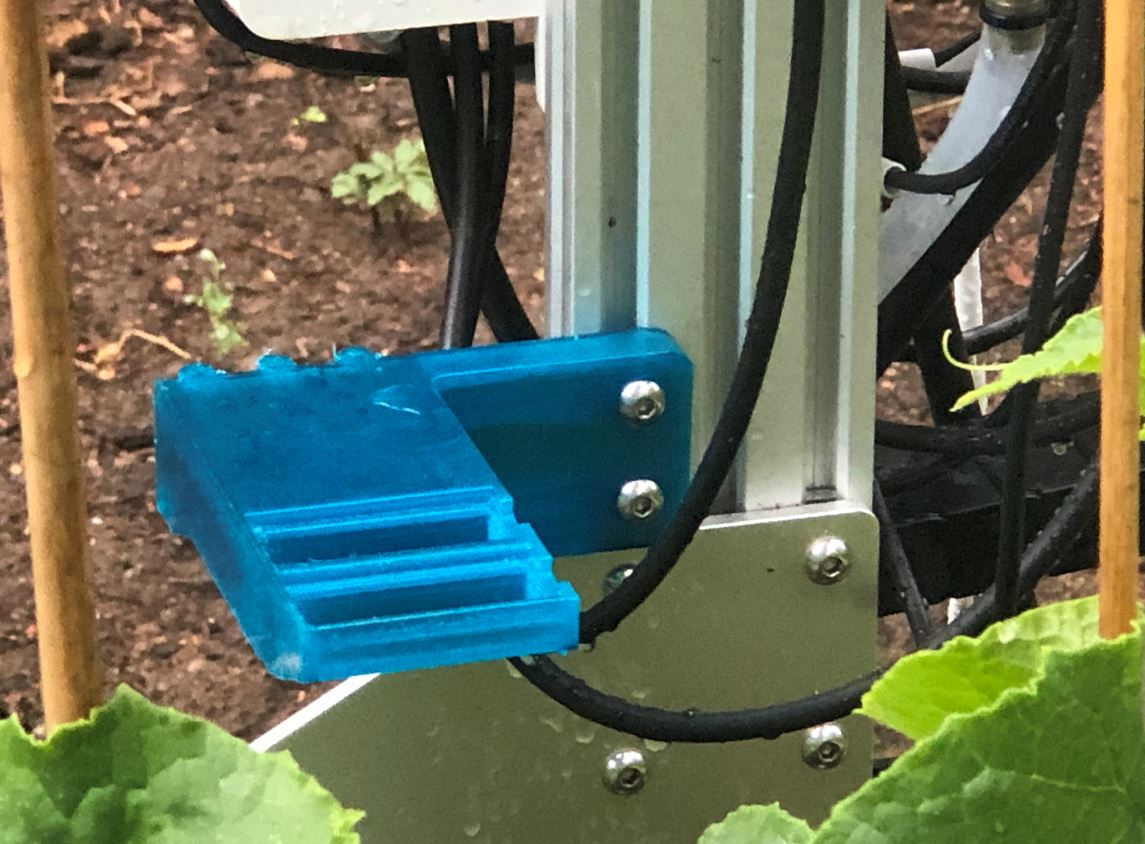 Oh, @ldgaley, I noticed your camera hanging there like mine was for a while. When I initially installed, I failed to realize there is a camera mount included. Perhaps your placement is intentional ; just thought I would mention it.

Nice design, I may have to do that. If we had made the width of the bed a bit smaller and extended the Y-axis out past the vertical axis, it would have reached in the Y direction, but it is still off in the X direction. My camera is hanging loose because it doesn’t work. They have acknowledged that there were a lot that were defective. I have a new one ordered.

Excellent! I was about to do the exact same thing and you have saved me the trouble.Many thanks!!!

Good point on the X direction! I think the FarmBot folks did a nice job of getting this revision to market - balancing out the demands of timing versus perfection. Little things like this are inevitable.

@ClosedCircuit - glad to be of help! There is also a lighter translucent blue by Atomic that I really like. The Azure filament here is also on the inexpensive side.

Update - I made the holder 10 mm longer in the X direction because, when I reversed the position of the seed tray handles, I failed to take into account that the depth of the seed trays is variable and I want the seeding needle to be able to reach the deepest part of the seed tray.

I have to do a prototype print - can’t believe I missed this. But, it *should be close now (famous last words).

I had put this issue with the seed trough in the parking lot for a while. Earlier had been scratching my head thinking what went wrong in following the detailed farmbot installation instructions.
Glad to find this page uncover this mystery. Thank you guys!

Based on the inspiration from the fixes above, I managed to join two cable carrier supports back to back with quickfix. This added enough length to Y axis that perfectly aligned with the 2nd seed trough. Now at least one of the seed troughs will be put to great use

And this is how it looked. 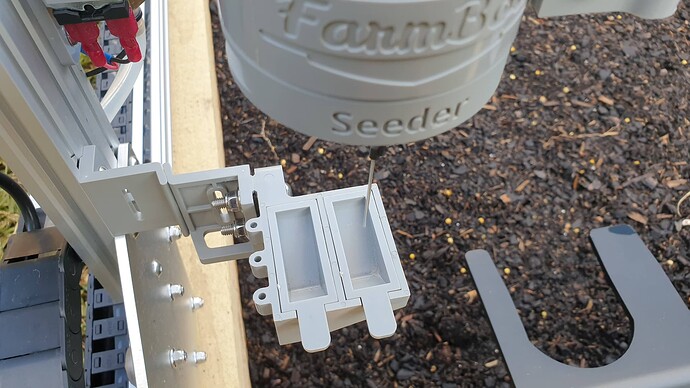