I am selling my farmbot. It’s properly built together and even mechanically improved so it’s running far more trustworthy. Also it comes with a small server and LAN (internet) set up for real off grid use. Also my solar and battery system could be bought. I also add some explanatory files that help you getting started quickly.
The farmbot is a version 1.3 in the XL dimensions so more vegetables can be produced.

I wanted to use the farmbot for training for machine learning and start a company based on that. But I had issues growing a proper team and raising enough money for that. So I don’t need it anymore, but would love to get some of the money invested back.

As the farmbot is in working condition I recommend picking it up (near Cologne/ Bonn in Germany), it could be partly dismantled and shipped, but it’s far easier to dismantle as little as possible and put it in your car.

Please feel free to contact me for any questions

Here is a little video of the first generation of plants I had grown with it: https://www.youtube.com/watch?v=pjVBGrT-YwU 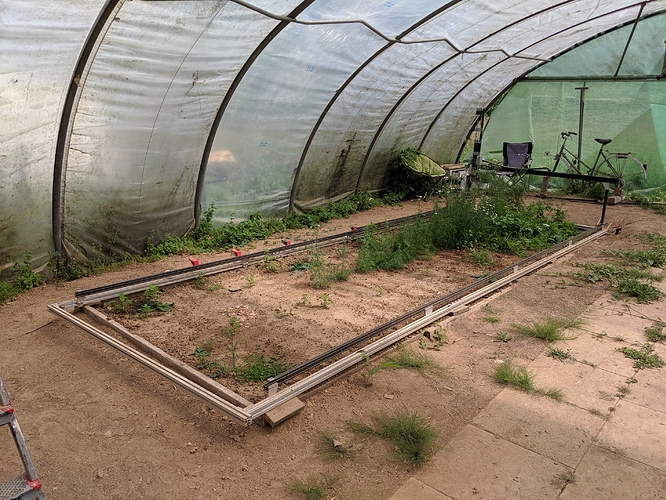 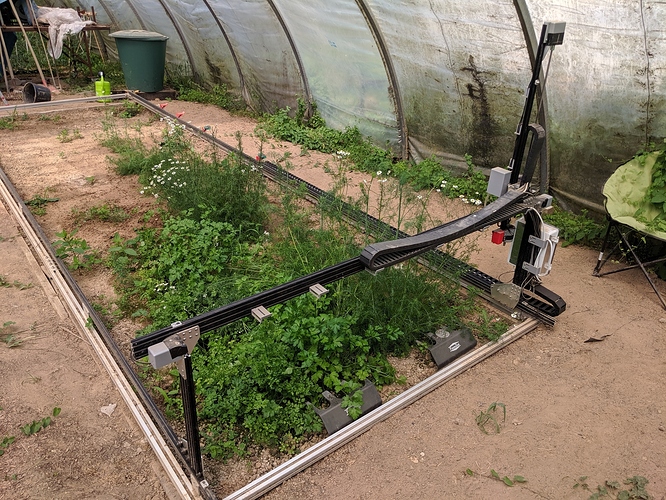 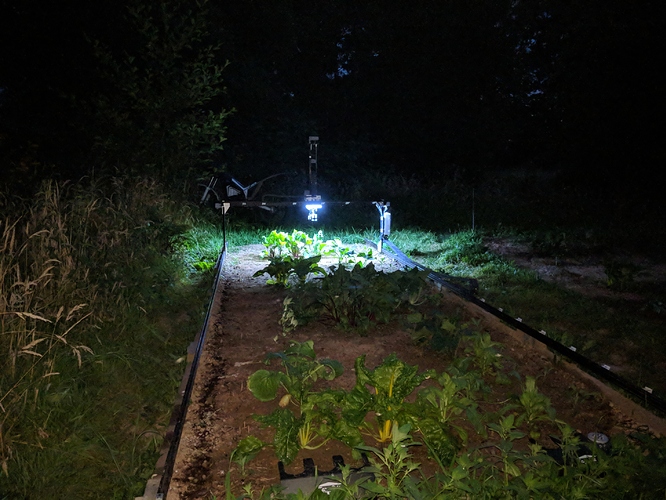 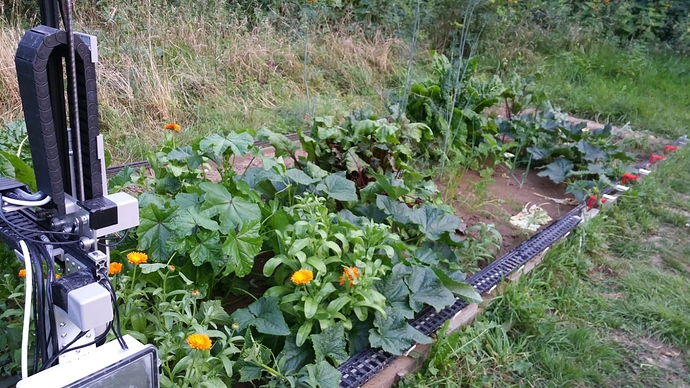 I wanted to use the farmbot for training for machine learning and start a company based on that. But I had issues growing a proper team and raising enough money for that.

Sad to hear that your plans didn’t work out that well, and its also sad that another one gives a farmbot away

At least you’ve got a good time growing stuff

Yeah, I had big hopes and dreames. It’s sad to burry those.

But it’s also true that I had a great time working in the garden with my bare hands and learning a lot. It’s much more satisfying than working for a big company and improving a part of a part of something mostly looking on the money side of it. But that’s the thing that gets paid a lot more and a family needs to be “fed” (representative of all their needs).

And now I need to get some of the money back I invested and don’t have much free time at my hands as I need to start a new job and concentrate on that as much as possible. Therefore the farmbot has to go.

Sorry to hear your endeavor did not bring what you had hoped. That said, i was wondering what kind of number you had in mind for your farmbot. I am interested, although i have to figure out how to transport it from Cologne to the Netherlands, but that seems like a technicality.

It depends where do you live in the Netherlands, but most of it is not very far from us. I mean most of the netherlands can be reached from here in less than 3 hours. This is one of the major reasons we love to go over there for holidays with our small kids which don’t like car riding too much

Regarding the numbers, it depends on what do you want, the whole system or just the improved farmbot. I’ve spend about 4000€ for the whole system and a lot of time getting it to work properly. But I don’t expect getting paid for that time

If you want to bargain (and/or talk about the details) I’d prefer doing this via pm or email or maybe even a phone call?

Thanks for the answer, i needed a vague idea of what you put into it so i can see if i can even remotely get the funds to make you an offer. I’ll get back in PMs to you in a few days.

And of course the day after i wrote this life throws me a into an interesting period. As a result i cannot make an honest offer, let alone a fair one. I do hope someone else is interested in it soon.

I have the impression one of the XL ones are fairly big, so when you say “put it in your car”, what sort of car are you thinking about?
I’m interested, but it’s quite the distance to drive from Sweden, so I’m not particularly keen on driving.

The biggest rails are 2m long, so those are the biggest parts if the farmbot is completely disassembled. But as it is assembled right now with all the connections in place and all the cables, I guess leaving the bridge mostly together would be helpful. The bridge (y axis) is also 2 meter long, but with the side construction and the z axis mounted it’s also a little bit wide.
Good thing is I am coming to sweden in about 4 weeks for vacations with a big camper and could bring the farmbot. So we coud meet somewhere in south sweden

Otherwise a normal car, where the seats could be folded down would be sufficient for transporting the farmbot in parts. A station wagon would be even better

Hi I am from NW Germany. Is your bot still for sale?

Hi, yes it is still for sale.

Hello, is your bot still for sale? What are you asking for your system? Does the solar/battery pack provides enough energy for 24h operation?

Hi, yes it’s still for sale. It seems people ask if it’s for sale and sometimes even some details, but then hesitate to move on

So the solar battery pack provides enough power to have the server and the farmbot running 24h during spring and summer and beginning of autumn = when things are actually growing. But the farmbot is only allowed to move a few times a day then, it can’t move the whole time as the stepper motors consume a lot of power.
What I am asking for it depends on what do you want. As I improved the farmbot with stiffer rails on the x axis, so it is more relieable, I need about 2700€ for the farmbot itself. Also there is a Raspberry Pi cam mounted with the cables necessary for that, which is included in the price. If you also want the server, the batteries and the solarsystem I would ask for about 3300€. Or feel free to make a realistic offer

Thanks for the explications; In the meantime, I furthered my project and I found that for the simple irrigation stuff that I wish to do the farmbot solution is way too sophisticated… I’m heading now towards a simple drip irrigation with Arduino. In any case, thanks again, Marcel

The farmbot is still up for sale.
I had no time the rest of the last year to take care of selling it, but new near, new good intentions

Also I lowered the price to 2500€. It’s sad that a properly working farmbot just sits there and waits to be used