This morning we released a new version of the FarmBot web app. Here’s what’s new:

You can now view images with a fullscreen viewer when using a tablet or desktop sized screen. Just click the four-arrows button above the panel image to view the current image fullscreen. 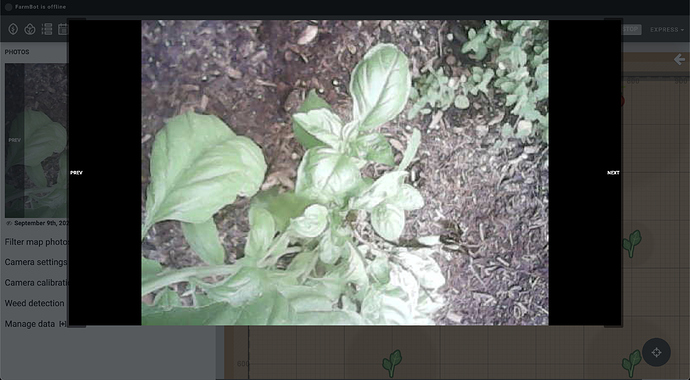 A new setting to VIEW CELERYSCRIPT in the sequence editor’s

menu will reveal < / > icons in the button cluster of each step in your sequence, allowing you to view the raw celeryscript of each command. This can be useful for seeing what’s going on under-the-hood, allowing developers to more easily create 3rd party tools for reading and writing sequences. 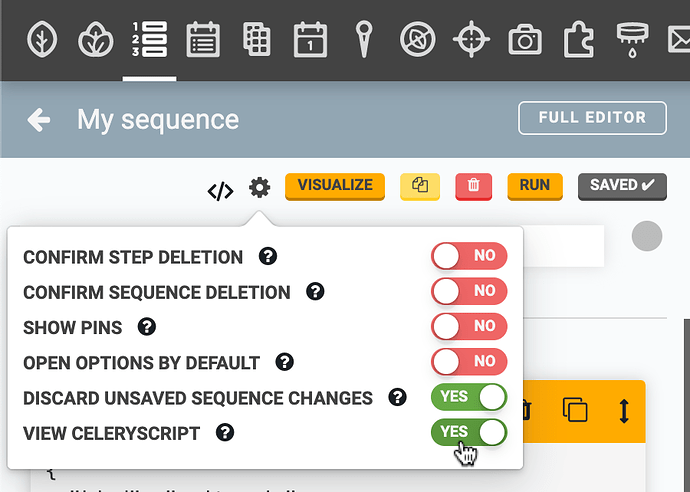 Clicking the < / > icons allows you to switch back and forth with the normal UI for making changes.

There is also a < / > icon in the sequence header, for viewing the celeryscript of the entire sequence. 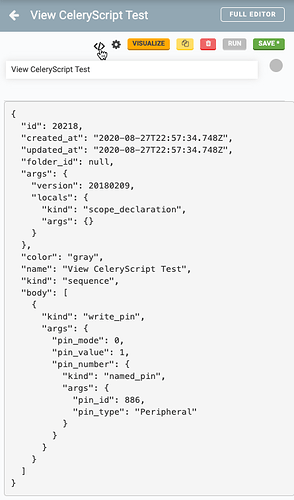 The farm designer will now show an animation when FarmBot is taking a photo or scanning the garden for weeds to help visually communicate what FarmBot is doing when running a sequence. To view the animations, ensure the PHOTOS layer is turned on.

Dropdown menus throughout the app got a facelift to remove unnecessary amounts of padding, control overall width, and better support long item names. Additionally, the search field will no longer be shown when the dropdown has just a few items in it.