Today we deployed a new version of the FarmBot web app with a ton of new user interface improvements, features, and optimizations. Here’s what’s new:

New RUN buttons are now shown when hovering over a sequence in the sequences list. These allow you to quickly run any sequence without having to first open it.

All of the other sequence and folder action buttons (delete, copy, move, etc) have been moved into 3-dot icon popups.

Added highlighting to better indicate which sequences and folders currently match the search term. Also fixed an issue where some sequences were being erroneously included in search results. 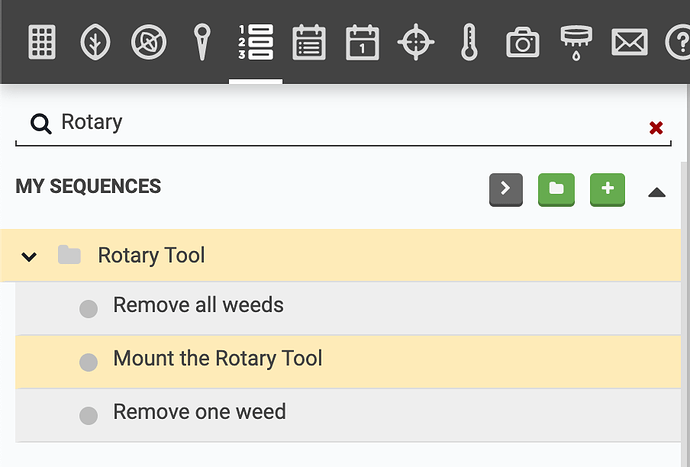 The take photo button on the controls panel will now indicate a rough progress to completion, keeping you more informed about what FarmBot is doing in realtime.

Added progress bar indication to the background of GO buttons throughout the app.

You’ll now find a visual interface in the controls panel for configuring the pin bindings associated with the electronics box buttons. These new buttons are interactive, so clicking them virtually is just like clicking the physical button! And the LEDs reflect FarmBot’s LEDs too!

In addition to the everyday UI, there are also new setup wizard steps for configuring and testing the buttons.

Added a graphic of the front of the UTM and the currently mounted tool to the top of the tools panel for Genesis bots. 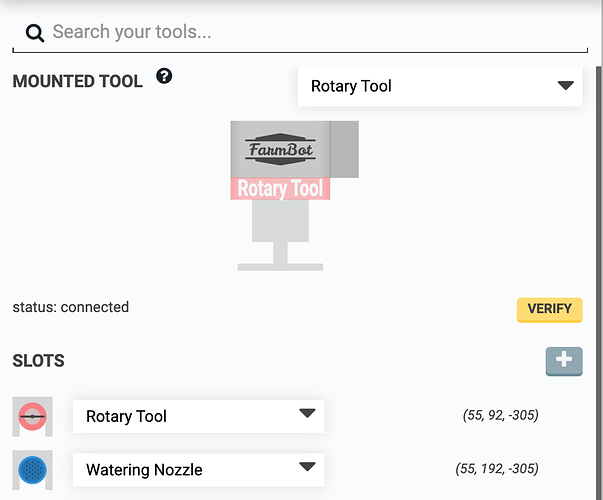 Added red/yellow/green bars to the top of the metric history plot for voltage history. Now all of the historical metrics are visualized on the plot to help identify issues that may occur only at certain times. 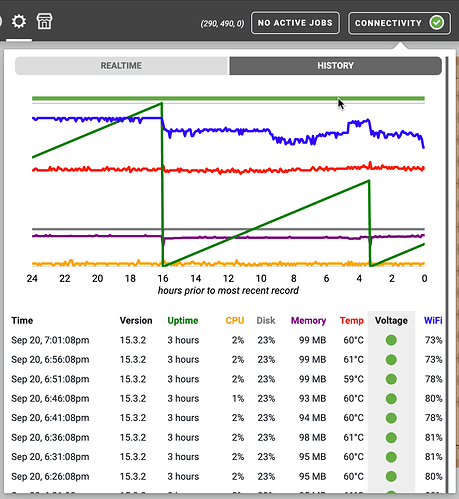 Added a power button popup to the controls panel for quickly turning FarmBot off or rebooting without having to go into the settings panel.

The pin guard settings layout is now a more compact and legible table. 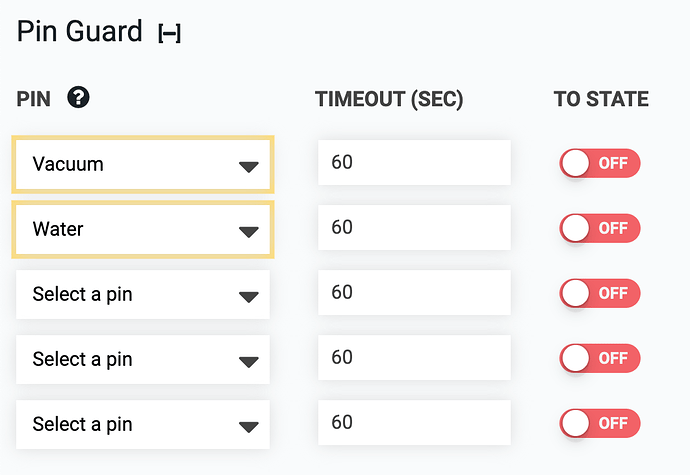 Many of the photos panel’s setting fields are now inline with the setting’s label to offer a more compact and legible UI. Additionally, each setting now has a highlight anchor link such as this link to the minimum weed size setting for weed detection.