Continuing the discussion from Z axis goes down when power off, is this OK?:

@KitFisto that sounds pretty weird. Its possible you have a misunderstanding of absolute vs relative movements. Or there could be a bug in the OS we haven’t seen. Or possibly it is a wiring issue. Can you share a screenshot of your sequence and explain what you expect it to do?

I haven’t included at tool function yet, I’m just getting the movements down first. This is supposed to direct the head from 0,0,0 to the water tool bay, pick up the water attachment, and move along the X axis watering a line of plants that are 25 mm from the edge of my bed. The issue happens when retrieving and returning the water attachment. I also went into controls. The z axis is showing similar responsiveness in the controls setting. When I hit “Sync” the problem is sometimes corrected. I’m not getting any software errors, and I double checked the wiring. I measured resistance through the stepper motor cables with my multi meter, nothing indicates a disruption in the wire. 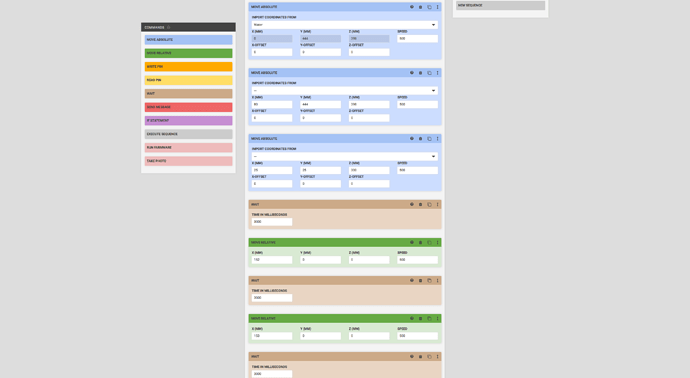 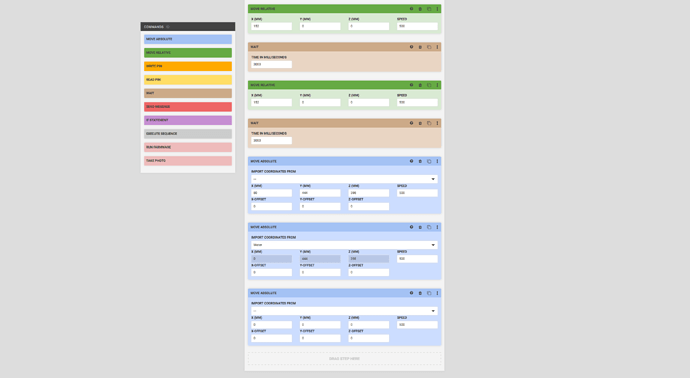 Can you take a screenshot of your hardware widget on the device page? 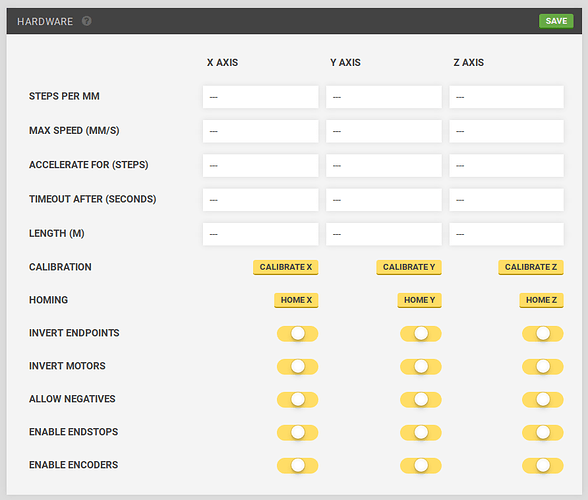 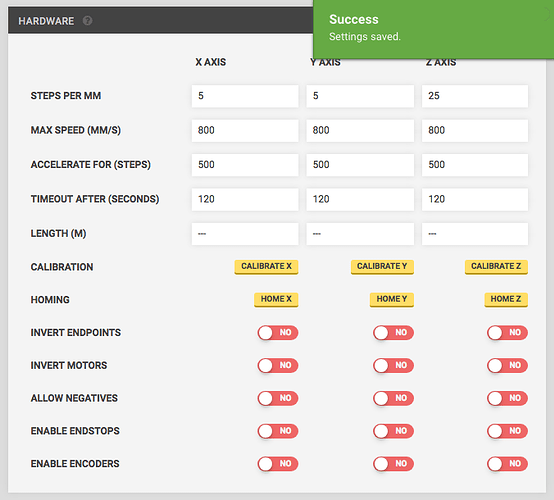 Found a spider that got fried on the back of the Arduino. Seams to be working fine now. Thank you for your responsiveness.

This is obviously not your problem (you found that) but rather a comment on your sequence. I see where you import the tool coordinates and then enter a second absolute number without importing anything to do the movement in and out of the tool bay.

I think you might want that second “non imported” absolute move to actually import the tool coordinates and then you provide an “x offset” for the displacement from the tool coordinates. If you don’t do it that way, when and if your tool location changes then this sequence will fail because that x-move in and out of the tool crib is hard coded.

Also, I’d probably limit the velocity in/out of the tool crib to something lower.

Maybe this should just be in another thread