Settings to get best quality of photos from USB cam?

I would like to have a better quality of the raised bed photos.

Too much sun during the day is not good, less sun or during the night with the led strip on - not too good either. 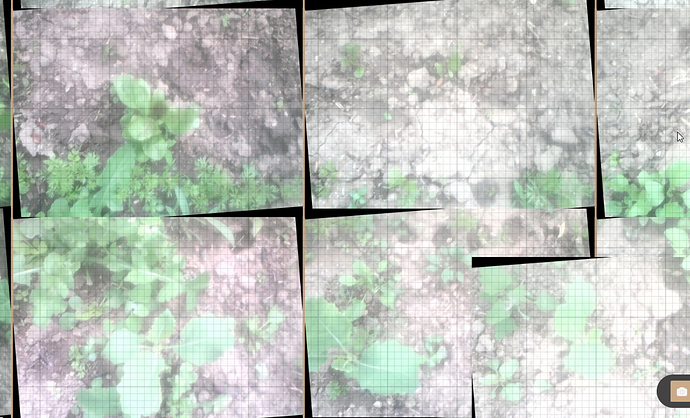 right now my camera is calibrated to take photos from the upper most Z axis position. What is the best practice to get better quality of photos?

I assume that you are using the borescope that was in the kit. The sharpness in the picture seems pretty okay, but the lights are, as you already mentioned, hurting the quality really bad. I’m still searching for a viable workaround for this as you can see in my thread.
The only thing that really worked was to take pictures at night with the LED strips on. Since the LED strips are pretty bright, I lowered the supply voltage of the LEDs with a cheap stepdown module. Using a voltage divider might help aswell but its not really practical to setup.

Your camera calibration seems to be another issue. It seems like your picture was rotated more than once, maybe because the calibration was run with a rotated picture. I also suspect that the value CALIBRATION OBJECT SEPARATION does not fit, so your coordinates would not match to the pictures. But thats not good to see with rotated pictures.
Btw, you can get rid of these black frameparts by rotating your camera itself

Here is my current view, that is kind of how it is supposed to look like:
(Looks like I need to check my water valve 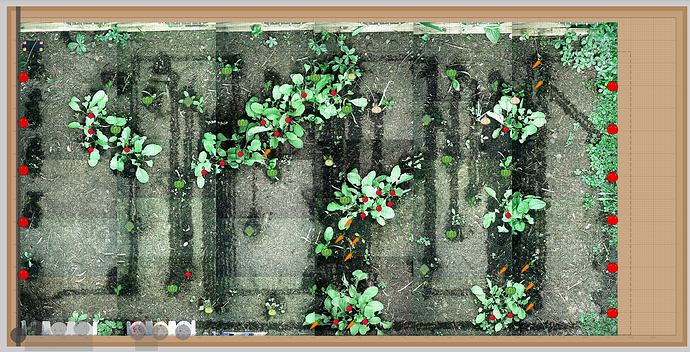 The brightness of the LED strip lighting can also be controlled by sending an analog instead of digital signal (mode) in the control peripheral step.

Wow that’s awesome! Thanks Gabriel, I’ve never thought that this would work.
I really appreciate that hint

Hey that looks great @Ascend! Like it! Do you use the normal supplied borescope cam? I need to get my raspi cam on the bot in the upcoming days… and a farmware to stitch many picture would be gorgeous…

You mean to control the LED controller, right? Because power it via the analog out might not be a good idea…? How much current do they normally draw…?

They are still powered by digital outputs via PWM

Not all pins are gifted with that function.

You mean you trigger the on / off via a controller and use the digital out from the raspi?! So the LED is powered by a separate 12V power supply, right?

You mean you trigger the on / off via a controller and use the digital out from the raspi?

I’m not sure how the LED strip which is in the kit is connected, but mine is directly connected to an output pin of the arduino / Farmduino (pin 10 for example) and I believe originally its the same. So its got nothing to do with the raspy itself.

So the LED is powered by a separate 12V power supply, right?

The LED strip is directly connected to the output of the arduino board.