Howdy all new to the forum and excited as all get out about what you guys are doing here. Besides building a full size bot for my own use I’m interested in scaling down the bot to make it easier for high school students to manufacture. I’m interested in making possibly a 2X2 foot model or something in that neighborhood, something that would fit on a table that you could grow flats of flowers or ground cover, etc. My idea is to team up kids in the manufacturing, computer science, and ag department at our local high schools to build this minifarmbot and also to use it growing products they can sell for fund raising. Has anyone shared a scaled down version of the Genesis? Thanks all,
RP

Great question! Genesis is designed to scale, so making it smaller is really no problem at all. You could very easily use a hacksaw to make your gantry narrower, and only use one track section instead of two, and even chop that down if you want to go smaller. The z-axis extrusion, leadscrew, and gantry columns would need to be chopped if you wanted to go smaller in the z as well. We actually have built a few bots about this size before. Lemme go dig up a picture.

Here are some photos from a university senior project team that we sponsored to work on FarmBot a few years ago: 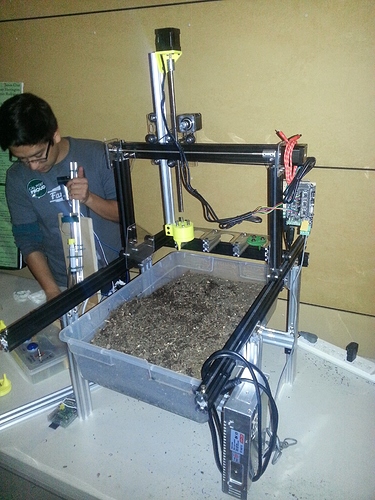 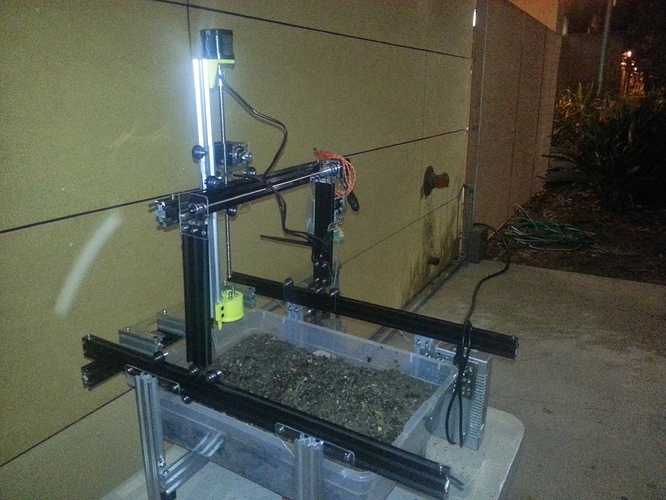 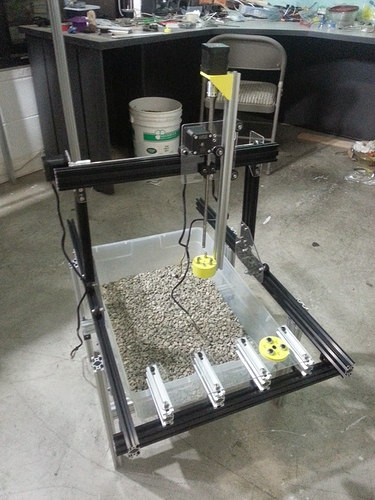 Basically this is totally do-able with just the few minor mods I mentioned above.

The size of this Farmbot is truly perfect aiming several scientific applications! Nice see it!

Hey @roryaronson, am I right that if I want to use the 1.5 m long tracks first - with the ability to upgrade later to 3 m - I only need to store the overlength of the cables somewhere? I do not need to adjust anything else, right? Like cable carrier or the like?

That’s correct. In fact, if you do not remove any links from the x-axis cable carrier then there will not be any extra cabling than normal.

The only other thing is that you will want to coil up the extra belt length at the end of the tracks rather than cutting it.

Already jumped into that problem. I could not wind it up because then the T-Nut wouldn’t fit. I would need to order two long belts in the future