Soil blocker for the farmbot

Hi every one,
atr first, sorry for my language, french inside

and most important, i’ve not found any tool like a soil blocker for the farmbot…
and…then i don’t no why.
is the farmbot powerless for this ?

What is a “soil blocker”?

I think that process would take a lot more power than the FarmBot can handle. Adding such a feature would be possible but probably only useful for a few people. So adding such a feature to the system would require additional hardware and some software changes.

too many change for too uncertain result, i agree.
And then, about à warm bed ?

What does that thing do???

I watched this YouTube video to understand the concept:

Just from what I have read, I don’t think FB’s motors are strong enough for this (agree with @Ascend).
Also, I think that “soil blocking” is done pre-planting.

so ok, can’t be done 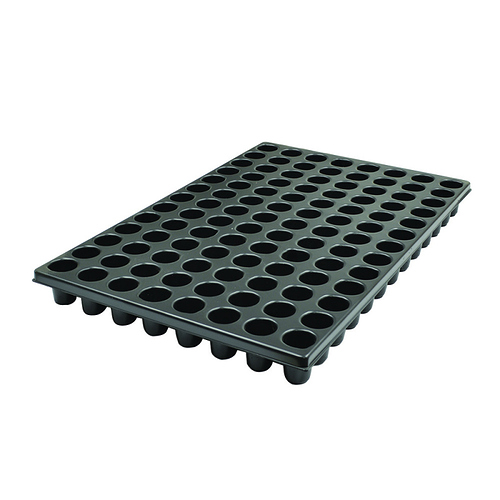 do you think we can build a warm bed under and connectinf it tio the FB ?

@elyo33 why would you need that?! If you don’t want to use a raised bed, you could produce those soil blocks before seeding manually?! I do not see the advantage of the farmbot to produce those blocks?!

@Klimbim maybe he want to produce a raised bed with a farmbot. My first intension was like yours ‘I do not see the advantage’. My second was this could be a good tool to relocate plants. e.g. maybe your celery plant doesn’t get enough sun because your tomatoes grew more fast than you thought - so you could relocate your celery plant to place with more sun

in fact, i would use the farmbot to plant seed and let grow them until my plant are ready to grow up in a garden, 2 or 4 leaves, i think.

after my plants will be relocalized, yu 're right.