The FarmBot is Full

I am at peak growing right now. Can’t be seen but the back left corner is vacant (beets and radishes done). Debating what to plant now in a 1.1m x 30cm open area. I may end up relocating my FarmBot to the front garden where I can build a bigger box for it. I can make a box 18cm wider (y axix), and 40 cm longer (x axis) without changing any hardware except getting two new pieces of 80-20 rail for track. (I was limited in space on where to put the current build) (Or get a second FarmBot) Cucumbers are delivering. There was a mix up at the seed producer. One of my cucumbers is the yellow round lemon cucumbers. The other two are “straight 8”. Have been hand picking caterpillars twice a day now to save the broccoli and kale. Today I freed up the gantry from the cucumber trap. Happy growing everyone. 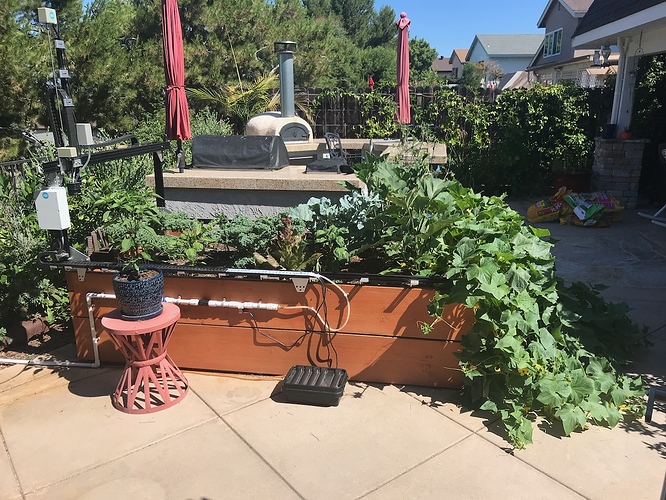 Looks like we’re going to need a bigger bot

Looking good, happy growing to you too