Today we released a version 5.0.0 of the FarmBot software stack! We focused the last six weeks of development on stability, under-the-hood changes, and a grab bag of new features that make using the web app quicker. Here we go:

The largest changes to the web app are ones most people will not see. Before, we had two code repositories - one for the frontend, and one for the backend API. We originally chose this architecture because we felt it would make casual open-source contributions easier and less intimidating. However, having two repositories for the single app has only confused people, made development/self-hosting setups more difficult to get running, and hindered our abilities to develop a real-time messaging API and continuous integration toolchain. The two codebases have now been merged into a single repository named FarmBot-Web-App.

Merging the repositories has allowed us to better use code testing tools. You will now see in the repository README a few badges for the code coverage. While the coverage is still low, Gabriel, Rick, and Chris have been writing tons of tests that will allow us to ensure we don’t introduce bugs or regressions into the software. If you are “watching” the repository, you will see automated emails after every pull request showing how the coverage is improving with the new code.

Ok, now for some things that you can actually see:

The form for creating Farm Events has been streamlined. Now by default, events will not be repeating events. If you want to make a repeating event, you can click the checkbox and then add the repeat details. Note that we don’t currently support repeating regimen events - only repeating sequence events. 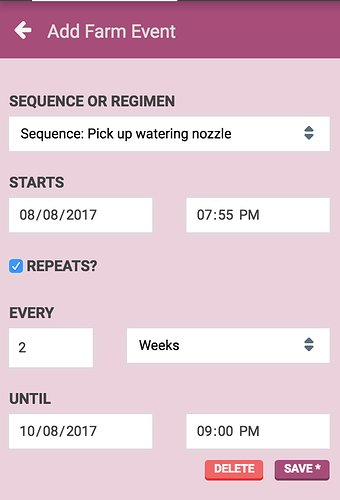 Search-filterable dropdown menu for selecting a Sequence or Regimen for a Farm Event: 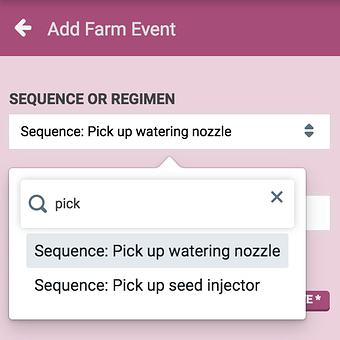 Regimen items are now displayed in the calendar along with the parent regimen event. 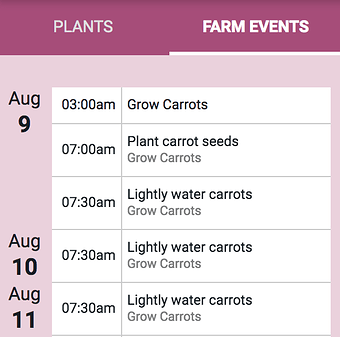 The controls widget now shows the current motor positions in addition to providing the absolute movement input fields. There are also some extra toggle switches located in the advanced menu for viewing raw and scaled encoder positions which might help some people (especially DIY builders) debug their encoders and settings. (Thanks @klimbim for the suggestion) 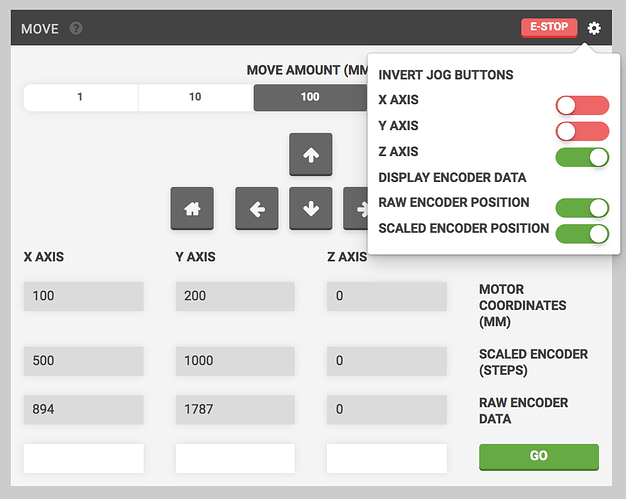 Search-filterable Sequences and Regimens Lists allow you to quickly find and select one for editing. 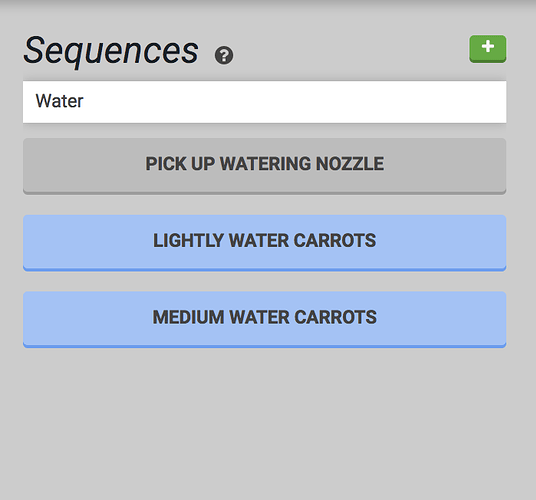 We added search-filterable dropdown menus for selecting a Sequence in an Execute command.

And for importing coordinates into the Move Absolute command. 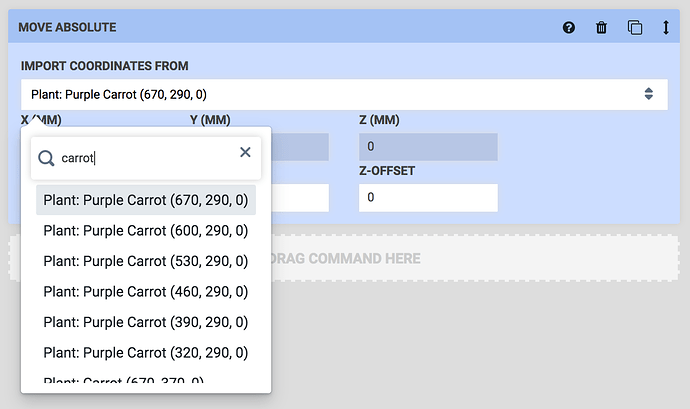 There are new buttons for selecting/deselecting all of the available days when adding a Sequence to a Regimen.

The Farm Designer now uses Spread values from OpenFarm (how big a plant is expected to grow) when rendering the filled-in green circle on the map, allowing you to better plan out your garden layout. 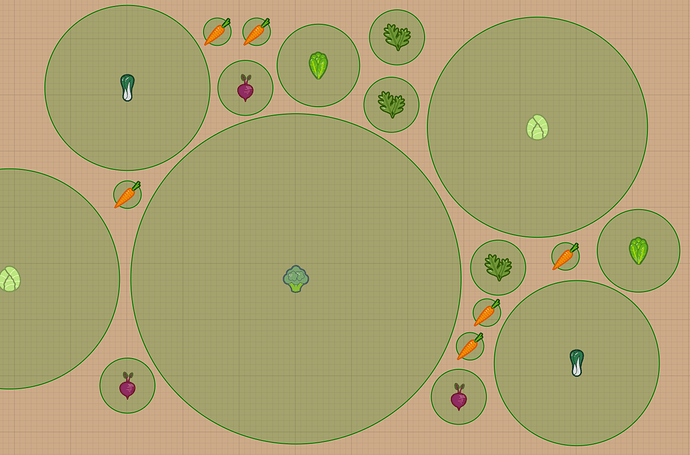 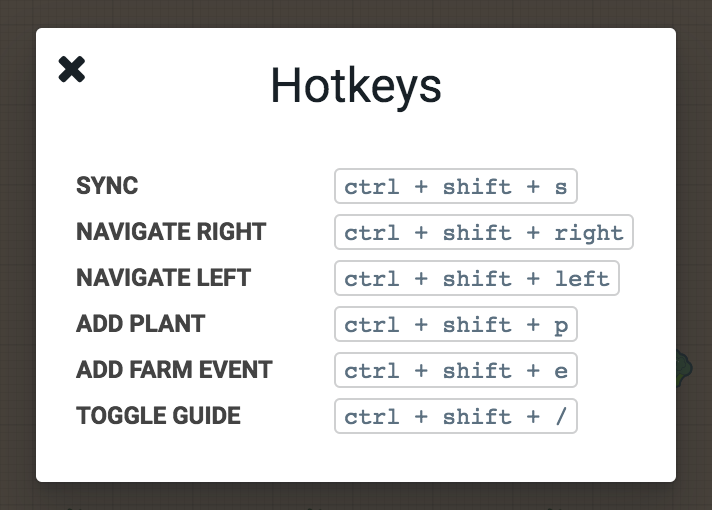 We implemented a “Last Seen” feature in the Device Widget so you can see when FarmBot last connected to the cloud server.

The latest Arduino Firmware that is bundled with FarmBot OS v5.0.0 has many improvements:

Most of the changes to FarmBot OS were to support the new features and changes in the other codebases. We did however:

While many of the features in this release make working with the app and bot faster and easier, we’re still working on addressing the tediousness discussed in the last software update. Now that we have the technical infrastructure in place for smaller updates that are more frequent, we hope to move towards weekly production pushes and more regular update posts. Stay tuned!

Feedback update 5.0
When update 5.0 into farmbot , i try testing “SEQUENCE” but Farmbot running is not good. and get some mistake. I find that when farmbot performs reading pin or write pin, after that farmbot will be stop. I try to think many ways to solve this problem, now i have no any idea.

A post was split to a new topic: Translating the web app into Chinese

I started an update from the 5.0.6 to the 6 ???. I now can’t connedt to the Farmbot from my console.
the only thing I notice is that the farmbot is running and I have a notice that it can’t release from server. the executed instruction list says that the farmbot is up and running.

My next step is down load and install on a new sd card and try the upgrade that way. 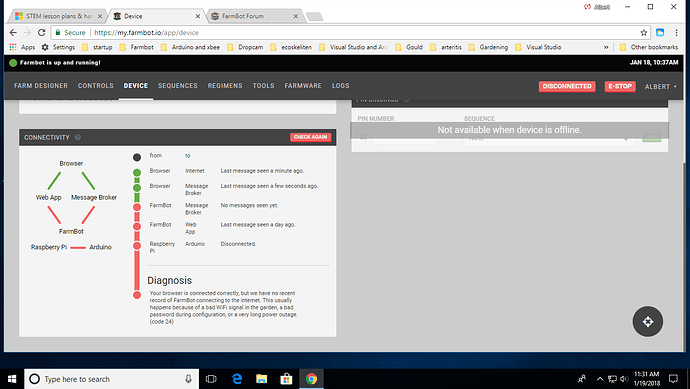