Hello FarmBot Nation! I have a quick question about virtual toolbays and orientation in the Farm Designer. For some reason, the watering tool is located in a “Positive Y” slot (see image) and not “Positive X” slot. I think this occurred when we edited the sample tools (setup for demo garden). We encountered an issue where the z-axis would drop down and connect with the tool but would stall (x-axis stall). I’m assuming that FarmBot attempted to move the tool in the “Positive Y” direction and encountered resistance because the actual orientation is “Positive X.” 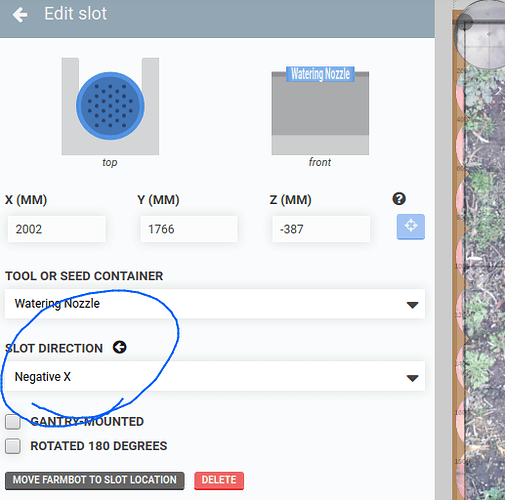 Thanks @RickCarlino, much appreciated. In our case, the toolbays are mounted at the home location so “Positive X” worked.