Z axis, faster down than up

Why does farm bot move noticeably faster down then up?
I can not find a seperate speed for each direction

The short answer is that the axis should move at the same speed no matter what direction the Farmbot is moving it in.
With the Z axis, however, there is some gravity at play in the downwards movement, so the motor finds it easier to overcome any mechanical friction in that direction. This could lead to a percieved faster motion when the axis is travelling downwards. The critical thing however, is the distance travelled. As long as the commanded distance for the axis to travel is the same in both directions, there is nothing to worry about.

@chrisb agree with @dmbgo and add that it’s well worth reducing friction in the Z-screw vertical axis.

You can find many useful posts in this forum about suitable lubricants.

(aside : your question also begs more detail of the Z stepper driver + Encoder processing in the Farmduino firmware . .

. . I’ll try to dig this out. I’m assuming that higher upward friction slows the actual Z-motor step duration and the Encoder simply reflects that)

I have disconnected the lead screw so there is no load and the speed is different.
The speed difference is noticeable not perceived, it also times out going up 500mm but not down

it also times out going up 500mm but not down

@chrisb is that with motor and leadscrew disconnected ?

What is your setting ERROR HANDLING \ TIMEOUT AFTER (SECONDS) for Z axis ?
If that setting is 120s then the issue is looking more like hardware to me ( motor+encoder, stepper driver, etc )

@chrisb
Did you notice this input field in the motors setting page? Unfortunately I can’t test it as my device is still in winter mode. Afaik you can use different speeds and accelerations for each direction.

I thought that was for the homing speed, not a different direction speed setting
I’ll check it out
yeah, that was it

“I thought that was for the homing speed, not a different direction speed setting
I’ll check it out
yeah, that was it”

FYI, I also thought that setting was only used during homing, and that it used the other " Max speed" setting for the axis at other times - in both directions. Some more definitive wording of the description of the function may be appropriate.

Please check these items to get your Z-Axis working at the same speed up and down:

The exact component you need to check is the motor to screw shaft coupling. Tighten the coupling’s lower and upper set screws with the 2.5mm hex key. Use the hex key to tighten up the Z-Axis lead screw to the motor coupling component and make sure that there is no slip on the leadscrew. 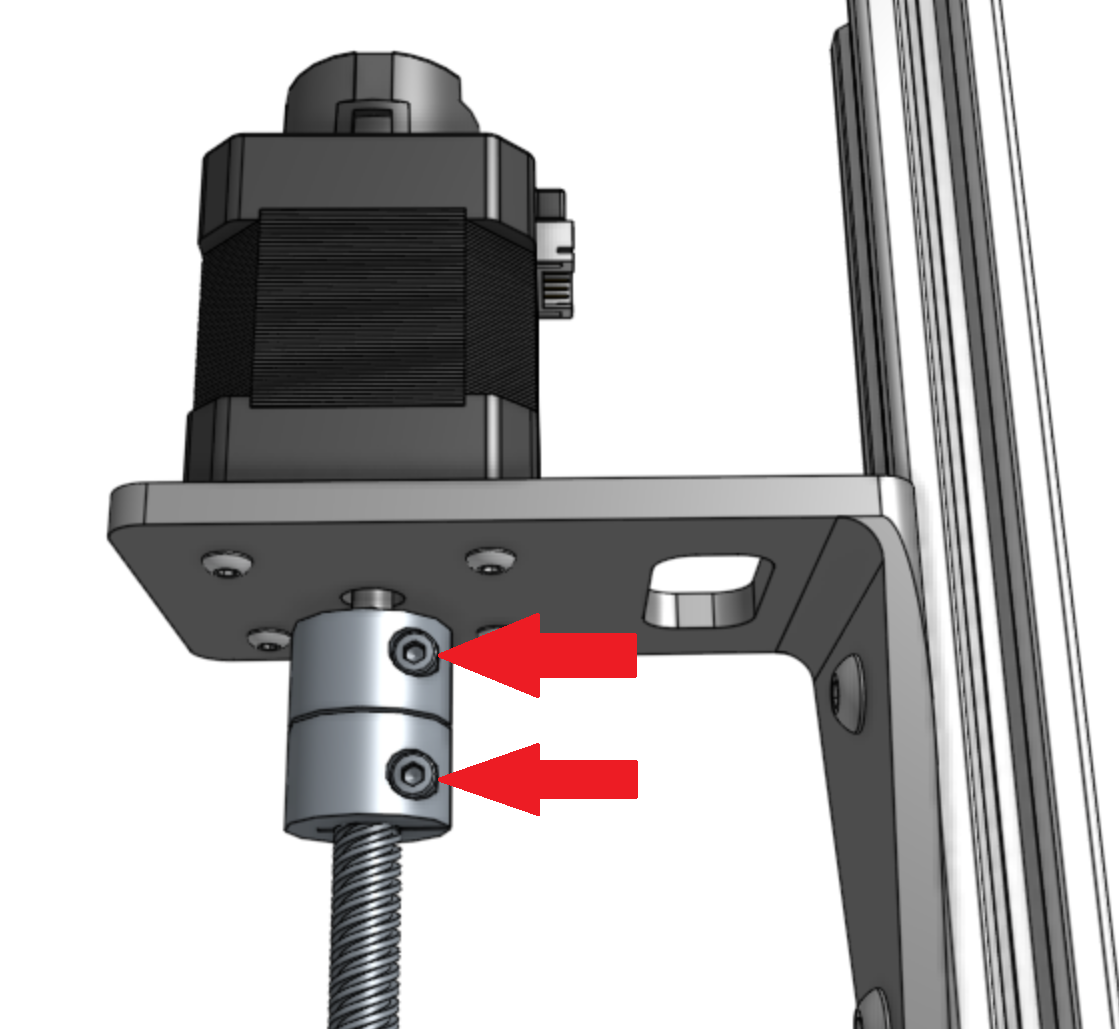 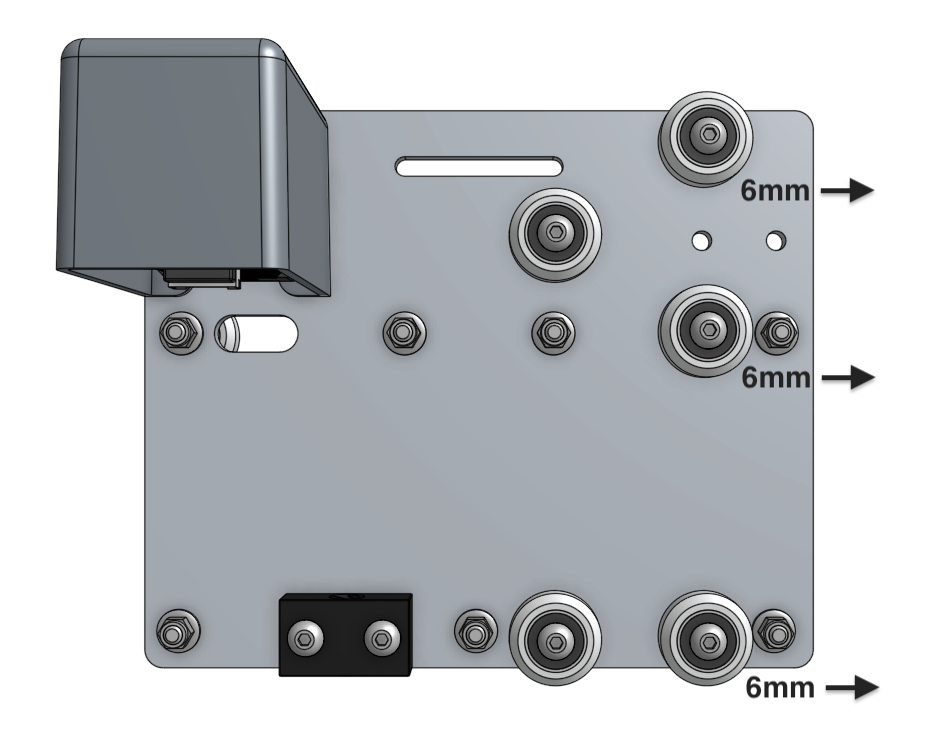 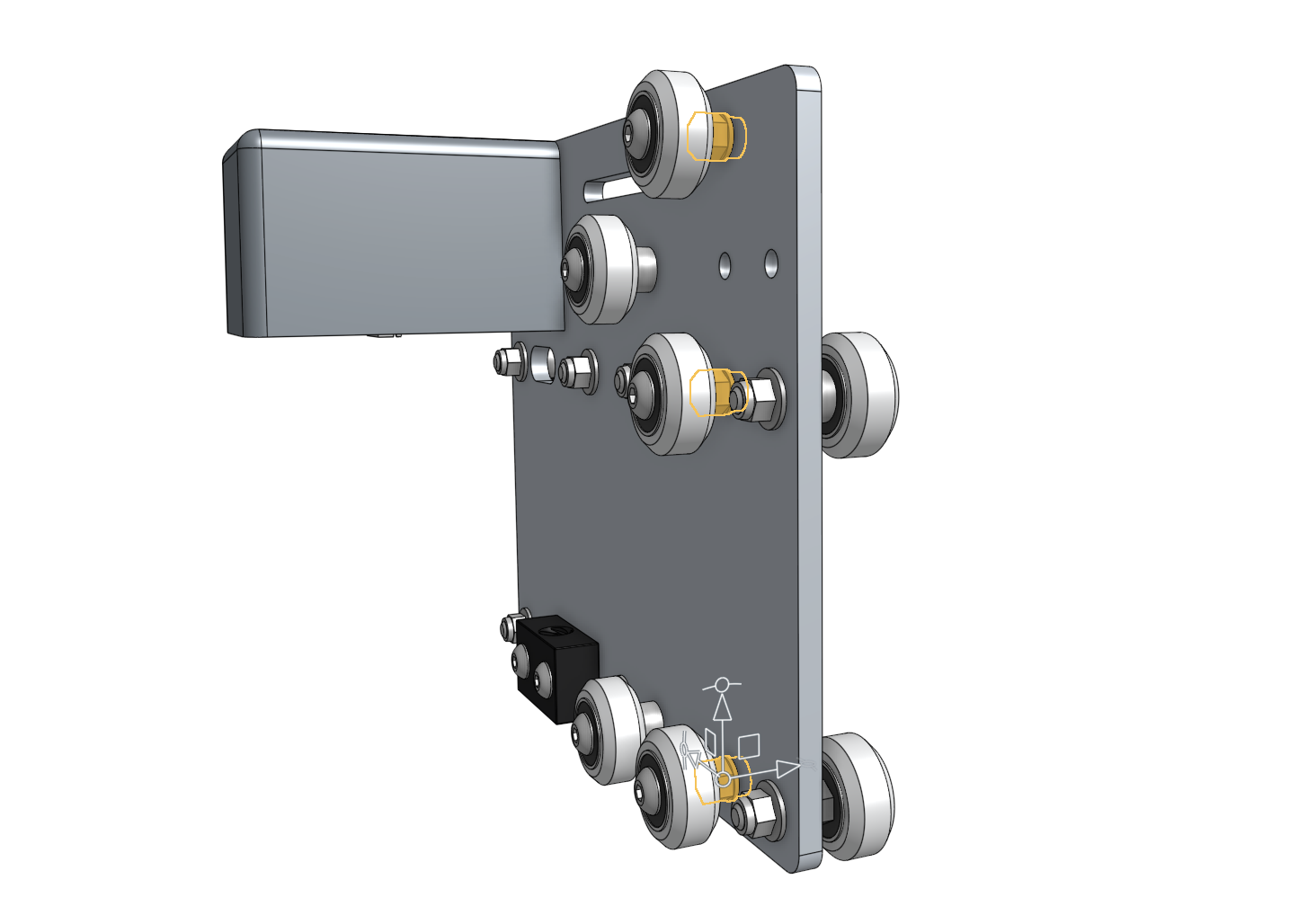 Once you have checked those two items, please review this troubleshooting page:

The z-axis frequently stalls when moving upwards. Movements may fail to complete, and in some cases the z-axis may even stall and then begin moving in the opposite direction.

One of the main reasons for motor stalls on the Z-Axis is small resistances in the movement of the Z-Axis lead screw as it slides through the lead screw block. To reduce or eliminate these resistances to movement, you can use dry graphite lubricant spray on the entire surface of the leadscrew. This dry non-oil based lubricant spray will coat the surface with a fast drying coating of graphite which will create a slippery surface and significantly reduce the resistance of movement through the lead screw block and it will also decrease the noise level of the leadscrew.

We have found a product called Jig-a-Loo Graphite Lubricant and we suggest that you use this to significantly reduce friction on the FarmBot Z-Axis lead screw .

Here is a YouTube video that shows how the product is used and the typical applications. It is a perfect product to use on the lead screw. 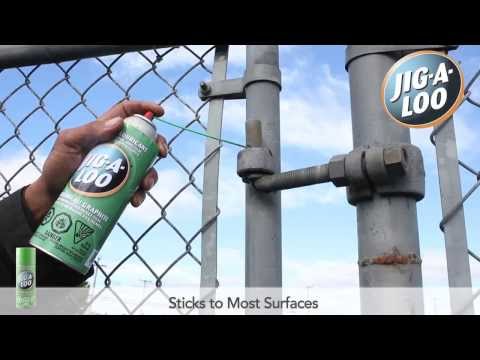 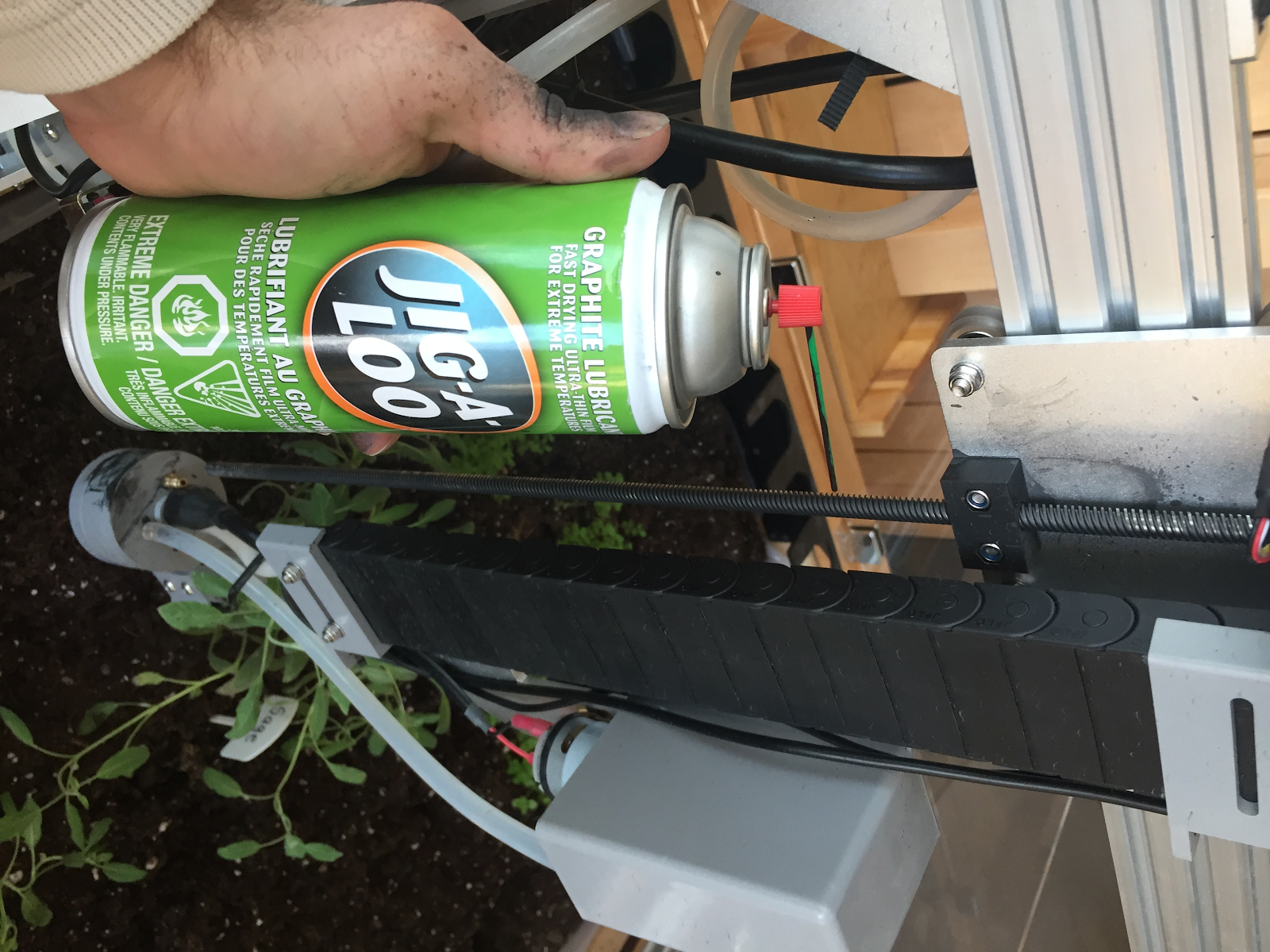 The issue has been resolved

What was the major action you took to resolve the issue in your case?