Sequence used in the video: 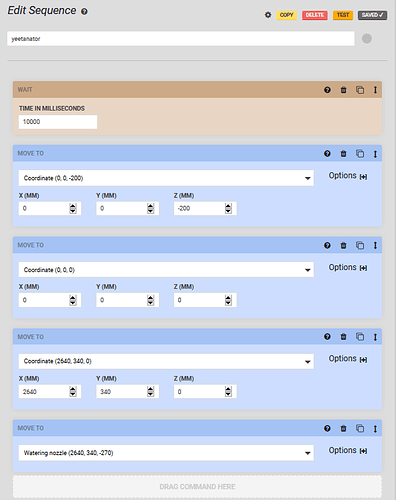 I’d guess this is a software problem.

[@Goanna7007, Just trying to speed up diagnosis and solution for you]
The Farmbot developers will need to know your versions ( Bot Kit, FarmbotOS and MCU/Farmduino )

It could be binding somehow - turn off the power, move the x to home, twist z by hand; Move x to max, twist z by hand, and compare the drag. If equal, keep going on software. The coil-joint at the top seemed to be compressed - same at both ends?

Also, the silent drivers will rock your world. . .cd

The drag seems equal.
What do you mean by the coil joint at both ends?
We’ll have a look at the silent drivers.

Update: the Z only freaks out if the location it’s moving to has a combined vector value of over 10 characters (CHAR).

This leads me to believe it is a software problem with the G code.

The coil joint thingy has a better name - it’s attached to the top of the Z lead screw and connects the stepper motor to the shaft - presumably to reduce any shock in the mechanicals. Anyway, given the testing, it truly seems like a software problem. I’ll let Rory and team address this - squarely out of my league. . .cd

I have downloaded a copy of the Arduino software and changed the config from 50 to 60. 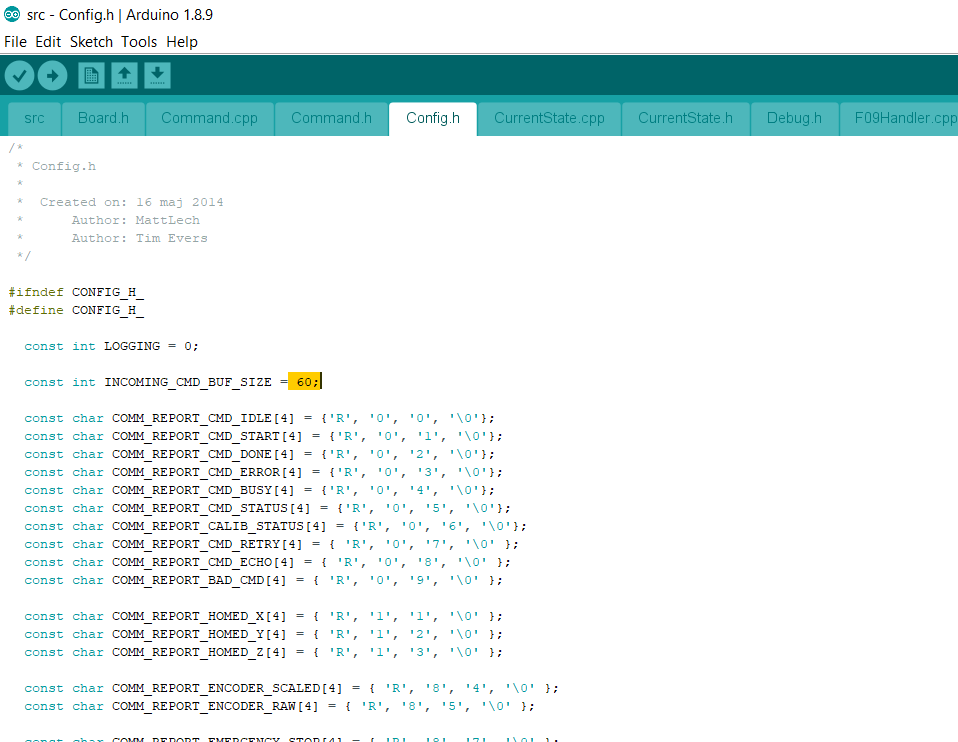 I should be able to test it out on the 22nd of October.

To flash the Arduino, can I just plug the Arduino into my laptop and press “upload” in the IDE?

That may or may not be the best fix.
The code in https://github.com/FarmBot/farmbot-arduino-firmware/blob/master/src/farmbot_arduino_controller.cpp at lines 382:388 appears to be trying to deal with command lines longer than INCOMING_CMD_BUF_SIZE (?)
I’ll try to desk-check that code myself soon.

Thanks everyone for helping troubleshoot here. The fix has been merged into master and was deployed today in the latest version of FBOS (v8.1.0)