I’ve installed and checked the end-stops (they are working OK).
But when I enable them and set FB to calibrate it does nothing.
It seems that FB does not even try to move across axis to find the end-stop(s).

I connected my end-stops as shown below and as mine are only 2-wire i plugged them to Signal + Ground pins. 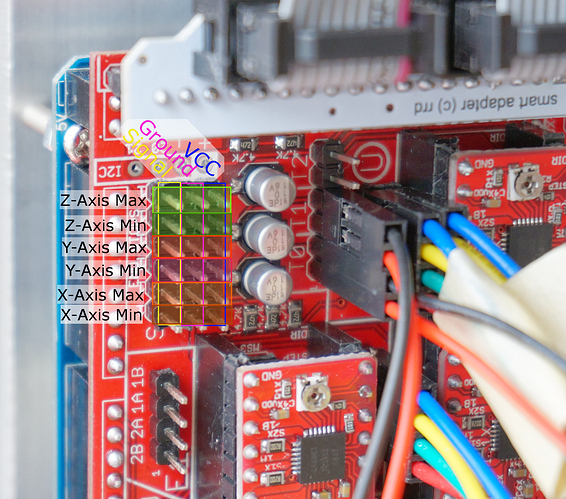 Any chance you got the connected to the NC on the switch instead of NO? that would make it think that the robot is always hitting the end stop when it is not and might cause this.

I bought those link

I think these are NO, as they are magnetic.

Pretty sure they need to be wired signal and VCC. That’s from memory, I’ve removed the Farmbot software from my unit, not least because it was very hit and miss (literally) whether the end stop signal was recognised. It was mostly pretty good when Homeing, but in normal operation the end stops were often ignored and the gantry crashed into the frame. Hopefully you’ll get better results.