You can now pin frequently used sequences. This creates a shortcut for running the sequence from the controls panel and streamlines the process of adding the sequence to other sequences! To pin a sequence, simply press the pushpin icon

next to the sequence name and save.

Pinned sequences are listed in a new section on the controls panel along with RUN buttons allowing you to manually execute your most common tasks more quickly. 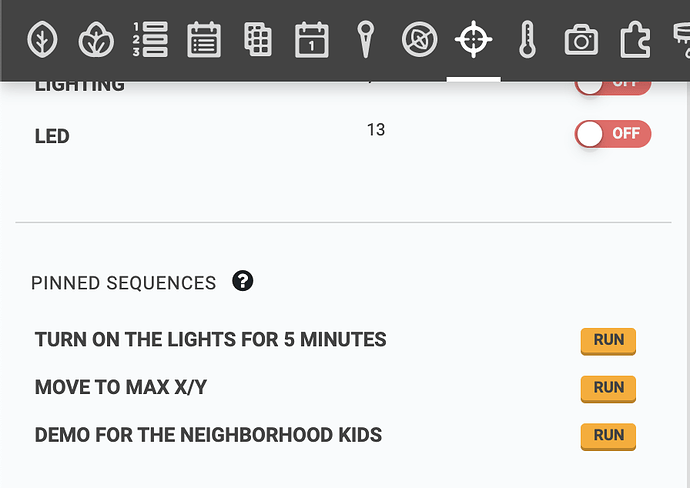 Pinned sequences are also listed in a new section at the bottom of the Add Command menu, allowing you to add commonly used subsequences with a few less clicks. 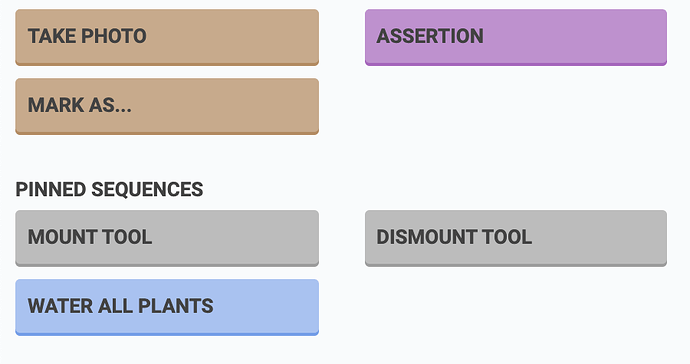 Pinned sequences that are used in another sequence will render with a more minimalist UI than the normal Execute command and take on their assigned color scheme. Plus, a new external link icon in the step header allows you to quickly open up the source sequence for editing! 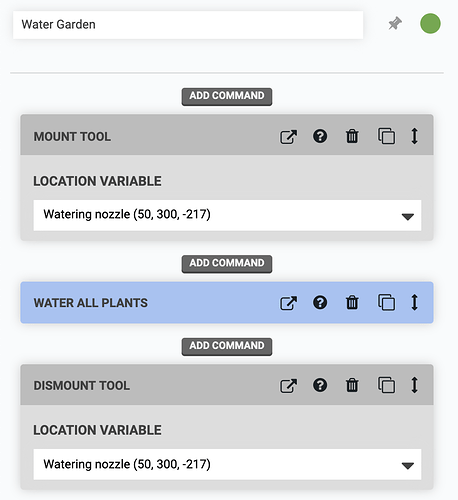 In case you had not seen it yet, we’re looking for feedback on a new feature that uses the camera to measure soil height. Please check out this post for additional information:

Hi all, Today we’re making an exciting new feature available as a public alpha: the ability to measure the height of the soil using just FarmBot’s camera and some fancy stereo photography magic

Some information that would be useful: What are the overall results you’re seeing? (Accurate? Biased in one direction? Lots of outliers? etc) How was you…