Z-axis noisy when down, but not up

I’m not exctly sure here either, I’ve had this noise issue for a really long time. I added a tiny bit of grease to the lead screw which has helped a little bit but I think its just vibration from the leadscrew that is making the noise. I saw someone who created a little attachment that holds the very bottom of the lead screw which reducing vibration significantly and make the noise much much less, I’ve been looking for the post but can’t remember what it was under. If I find it ill show you!
`

I think your Z axis is moving way too fast. It’s not just the noise but you can see it stops several times.
Try lowering your Z axis speed to 250. That sorted my noise and stopping as well. Hope it will work!

Thanks! I’ll give that a try.

I saw someone who created a little attachment that holds the very bottom of the lead screw which reducing vibration significantly and make the noise much much less, I’ve been looking for the post but can’t remember what it was under. If I find it ill show you!

Here is the thread: Z-axis leadscrew guidance to reduce noise

Here is another thread where your “Stop and go” issue is discussed: Z Axis not moving properly up

Also I would recommend adding a pressure regulator, so your tool won’t fly away anymore

Unfortunately, going slower did not affect the sound. Its markedly louder than going up and the speed didn’t seem to quiet it at all.

I wonder if the noise comes from the vibrating leadscrew or from the motor itself. If the leadscrew makes the sounds you could add a 3d printed holder or a bearing at the lower part of the leadscrew (like in the first linked post by me).

I would also try to set up microstepping which will make your motor much more silent.

I do a few things.
Make a bigger hole in the z-axis mounting plate so the ring of the motor can be free in the hole.
And after that i put a rubber plate between the motor and the bracket so the resonation of teh motor is absorbed.

Another important thing is the the ring between te motor axle and the z-asis must not hit eachother in the ring.

Do these two things solve a lot of problems we have. 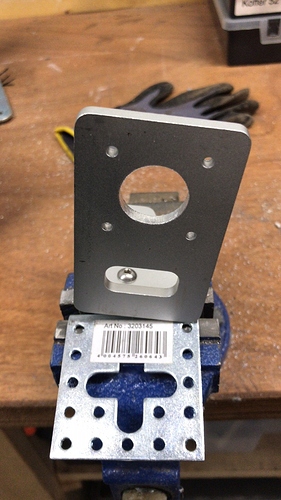 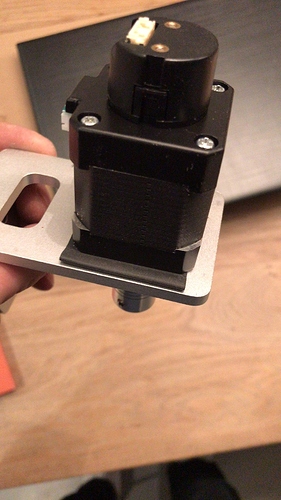 Hey, nooby here. This little bit of advice helped me out. Both with noise and studdering. Thanks. Also added about 1 mm gap between motor cover and mounting plate reduced some vibration noise.

Greetings, These are all great little tidbits of information I have used. May I add, I used a small piece of rubber to insulate the lead screw block, This eliminated about 80% of the noise… 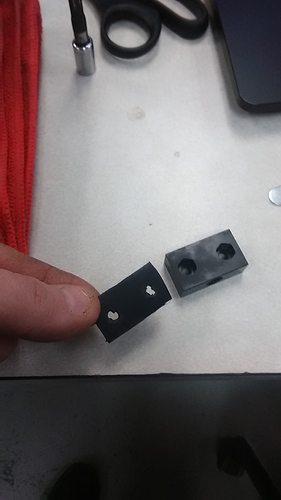 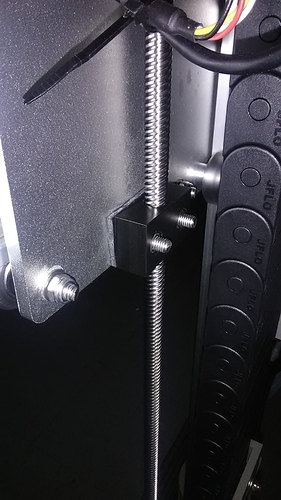 In addition to adding dampers to the components on the plate, you can also add graphite lubricant to the Z-Axis screw.

To eliminate all or most of the Z-axis noise this product does an excellent job. The Jig-a-loo Graphite Extreme is really great it applies easily and it is a great product. When you apply the graphite lubricant to the Z-Axis screw, extend the Z-Axis all the way down so that it is almost touching the dirt. Then liberally apply the graphite lubricant to the screw so that it appears dark grey. This will eliminate friction on the screw and significantly cut down on the noise.

It is very effective in dusty environments and in the heat. 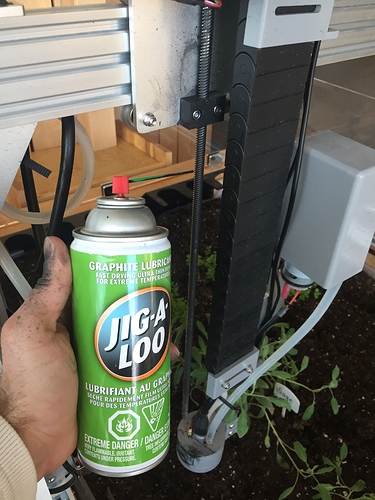 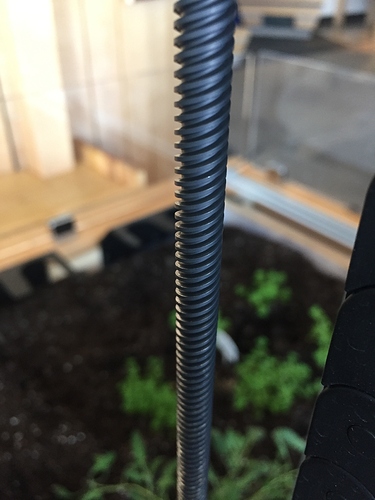