Today we released a new version of the web app as well as FarmBot OS v11! Here’s what’s new:

We built an entirely new MOVE command that combines the previous MOVE TO and MOVE RELATIVE commands while also offering a ton of new options: 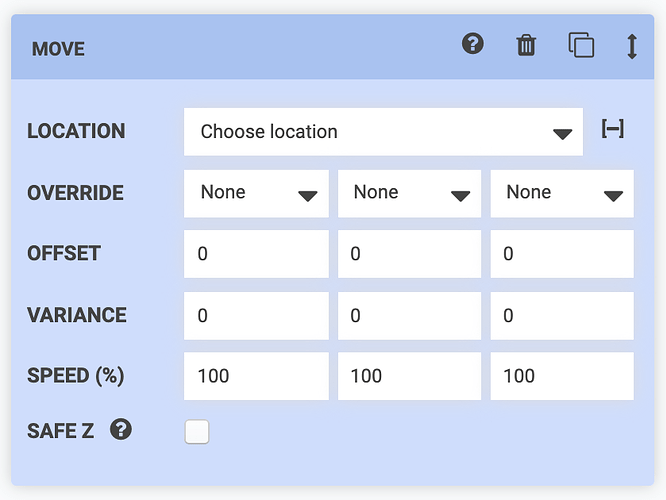 To perform a relative movement, select “Offset from current location” in the LOCATION dropdown.

A new option for VARIANCE allows you to add a bit of randomness along any of the axes. For example, when taking soil moisture measurements, adding a VARIANCE of 20mm for the X and Y axes can help prevent FarmBot from creating a void in the soil from inserting the soil sensor into the exact same location every time.

SPEED can now be adjusted on a per-axis basis.

This makes it easier to move FarmBot throughout the garden space without the fear of plowing into your plants.

You can now OVERRIDE the location of individual axes with custom coordinates, or disable an axis altogether. For the Z-axis, you can also override to the Safe Height (currently this is Z = 0, though the Safe Height will be customizable in the future) 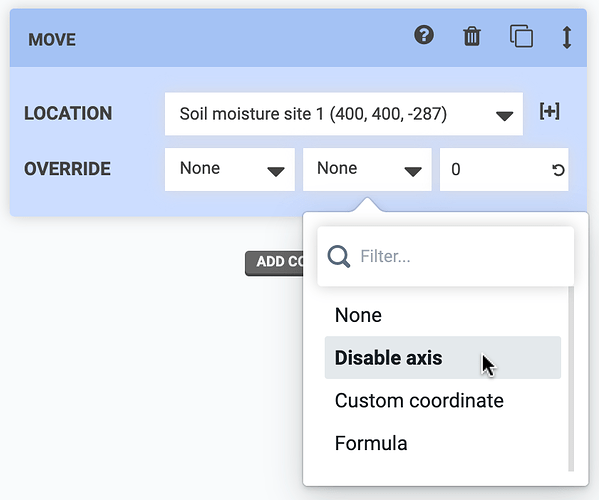 And last but certainly not least, you can now type in basic formulas and use Lua code in OVERRIDE, OFFSET, and SPEED fields. For example, 350/2, or 100*math.sin(math.pi/4). Sacred geometry, anyone? To use formulas, type = into one of the supported text fields, or select “Formula” from the OVERRIDE dropdown. 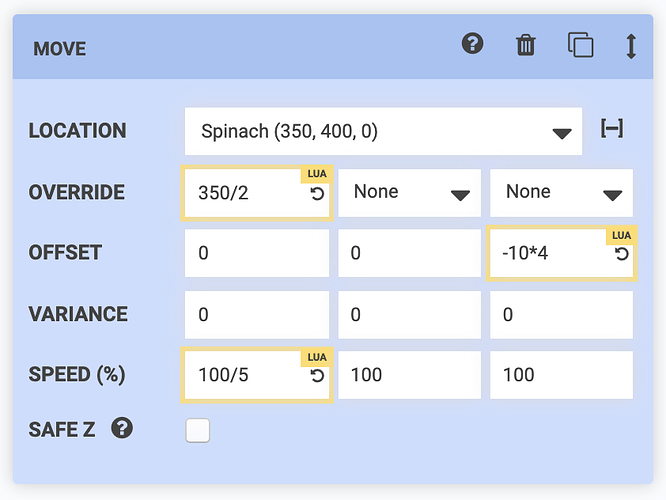 We hope the new MOVE command makes FarmBot even more powerful and customizable, allowing you to get things done in more efficient and better ways. Thank you to everyone who helped shape this new command over the years with your feature requests and suggestions. I know some of these features have been a long time coming! Here are some (very old now) inspiration threads that come to mind:

You may now custom set the RESOLUTION of images your FarmBot’s camera captures and uploads. If using an alternative USB camera or the Raspberry Pi Camera, this can allow for significantly higher resolution images. 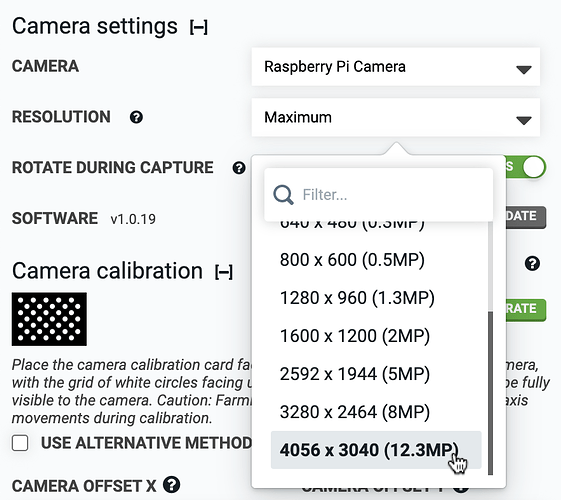 Note that the camera will capture images at the closest available resolution to the selected size, changing image resolution requires recalibration of the camera, and higher quality images will take longer to process.

WiFi signal strength is now color coded in both the connectivity popup and in Configurator. We’ve had a number of reports where users thought the green bar meant the signal strength was OK, but it was actually too low and causing issues. 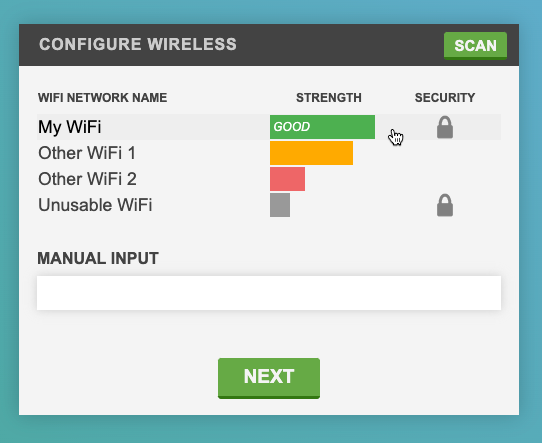 At some stage will you be deprecating and removing the old move relative command?

Those are great news!
But it looks like the camera resolution settings needs to have the ‘dev setting’ enabled.

@Ascend whoops! That has now been fixed

@whitecaps To elaborate on what @roryaronson said, the migration would be to make the UI more consistent for end users.

If you have third party code that uses move_absolute or move_rel, be assured that we have no plans to take those commands out of FBJS or CeleryScript and you may continue to use them in your scripts.

Behind the scenes, FBOS converts the new MOVE command into multiple move_absolute calls, depending on how it is used. The old move commands are very much still a part of FBOS.